Leading Russian political scientists summed up the results of 2021 at a roundtable organized by the Expert Institute for Social Research. The main result they formulated is that the Russian authorities managed to solve many serious problems that were beyond the power of the governments and ruling parties of many developed countries. 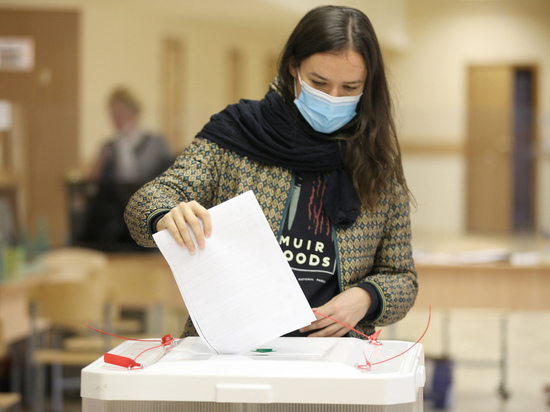 Gleb Kuznetsov, head of the EISS Expert Council, opening the discussion, noted the main trends and factors that influenced the political situation in the country in the outgoing year. In Russia, as in almost the entire world, the political context was determined by the conditions of the pandemic. People everywhere are tired of restrictive measures and their various kinds of consequences, but in the Russian Federation there have been no mass demonstrations in this regard. The reason, according to the expert, is that our authorities were playing a rather subtle game, not irritating citizens with excessive restrictions, on the one hand, and taking the necessary measures, on the other. Perhaps an even more powerful destabilizing factor – external pressure on the country in connection with the situation around Ukraine – also has not seriously affected the internal political situation, it remains stable. So far, we have managed to work quite effectively with inflation and price dynamics.

Among the areas in which the Russian authorities have managed to achieve success, the head of the Expert Council of the EISS also pointed to federal elections. Despite the fact that against the background of all the difficulties caused by the pandemic in almost all developed countries, the ruling parties are suffering tangible losses, this did not happen in the Russian Federation. “ER” has shown the ability to update and use personnel mechanisms. At the same time, the expert pointed out, the appearance of New People among the parliamentary parties showed that the political system is based not only on ensuring stability, it is changeable and capable of responding to the needs of society. Speaking about the parties that passed to the State Duma, Gleb Kuznetsov noted that if the same “SR” managed to carry out the renovation and avoid serious losses, then this cannot be said about the Communist Party of the Russian Federation and the Liberal Democratic Party. The Communist Party of the Russian Federation turned out to be “not ready for personnel” to realize the potential of the status of the main opposition party, and the LDPR lost its previously very serious positions, including in the Far East.

Other participants in the roundtable also spoke about the situation in which the Communists and Liberal Democrats find themselves. In particular, Viktor Poturemsky, Director of Political Analysis of INSOMAR, spoke in detail about the reasons for the defeat of the Liberal Democratic Party in the Far East. And the head of the scientific council of the Center for Current Politics Aleksey Chesnakov reminded his colleagues that the authorities absolutely justifiably applied a tough approach to the Communist Party of the Russian Federation, pointing out certain “red lines” to it that should not be crossed in search of popularity. This concerned, in particular, the attempts of the party to go across the state policy in the fight against the pandemic.

Alexei Chesnakov's speech as a whole was a brief overview of the directions in which successes were achieved in domestic policy and the most successful decisions were implemented. However, he began by remarking that, in his opinion, the influence of the covid agenda in Russia was minimized, although some parties hindered this. The success in this situation was that, despite the unpredictability of the development of the pandemic, it could not interfere with the implementation of plans, including those related to elections. In addition, in this situation, according to the expert, it was absolutely correct to bet on the renewal of the ruling party, and not, for example, to create a new party from scratch. He called the emergence of the New People party a success: for the first time in almost 20 years, the system of parliamentary parties underwent a renewal, there were five of them, “social elevators” were created, which brought new politicians to the fore. Among other positive results, Aleksey Chesnakov called the fact that the authorities were consistent in their actions in relation to non-systemic opposition, and also showed the ability to plan their work, taking into account new public demands, as was the case with the support of the volunteer movement. The creation of comfortable conditions for the preparation and conduct of the 2024 elections was also named among the important achievements.

Konstantin Kostin, Chairman of the Board of the Civil Society Development Fund, introduced his colleagues to the results of an expert survey conducted by the foundation. The results of the survey were formalized as a kind of rating of key events and concepts that shaped the political agenda of the outgoing year, or its political face. In this rating, the main events of the year were the pandemic, the election campaign and the restart of the Knowledge Society, carried out on behalf of the president. The successful United Russia campaign, the promotion of three-day voting and the system of remote electronic voting, and the legitimization of the results of the Duma elections were named political campaigns of the year.

The experts interviewed by the foundation named the political discoveries of the year, firstly, the top five on the federal list of “United Russia” they did not play the role of candidates, but they showed high efficiency. Secondly, in this “nomination” the volunteer movement was noted, which gained wide confidence of the Russians, and thirdly, the “New People” party. Among the disappointments of the year, the first place was given to the failed election campaign of the Yabloko party, the second – the departure of the environmental agenda from among the most relevant for voters, the third – the election campaigns of non-parliamentary opposition parties, which showed no development.