6ix9ine amps up his trolling of Lil Reese following his near death experience last week.

While Lil Reese is reportedly hospitalized due to gunshot wounds he sustained to the head. His rival Tekashi 6ix9ine is having a field day at his predicament. A video of Lil Reese lying on the ground at a parking garage in Chicago bleeding from a head injury surfaced on social media on Saturday morning, May 15.

According to reports, the Chicago rapper had been involved in a car theft and was shot during a violent incident where the vehicle’s owner confronted him and his crew. Reports are that a bullet grazed the rapper’s eye and he was beaten badly.

While there has not been an official report regarding Lil Reese’s condition, 6ix9ine took to social media to tease the rapper, simultaneously instructing him to die.

The “GOOBA” rapper shared a clip of the aftermath of the incident, using a purple devil emoji to cover up the graphic image of Lil Reese’s injured head.

The two rappers have been beefing for quite some time. They had appeared on Instagram Live some time ago arguing and talking smack to each other. During this incident, Reese flashed what appeared to be a handgun across the screen for Tekashi to see.

This clip from the Live banter was reposted among Tekashi 6ix9ine’s recent series of trolling posts. He captioned the clip, “You mean to tell me you have it on Instagram live but not in REAL LIFE.” The rapper continued with a series of laughing emojis and added, “I can’t breathe right now.” 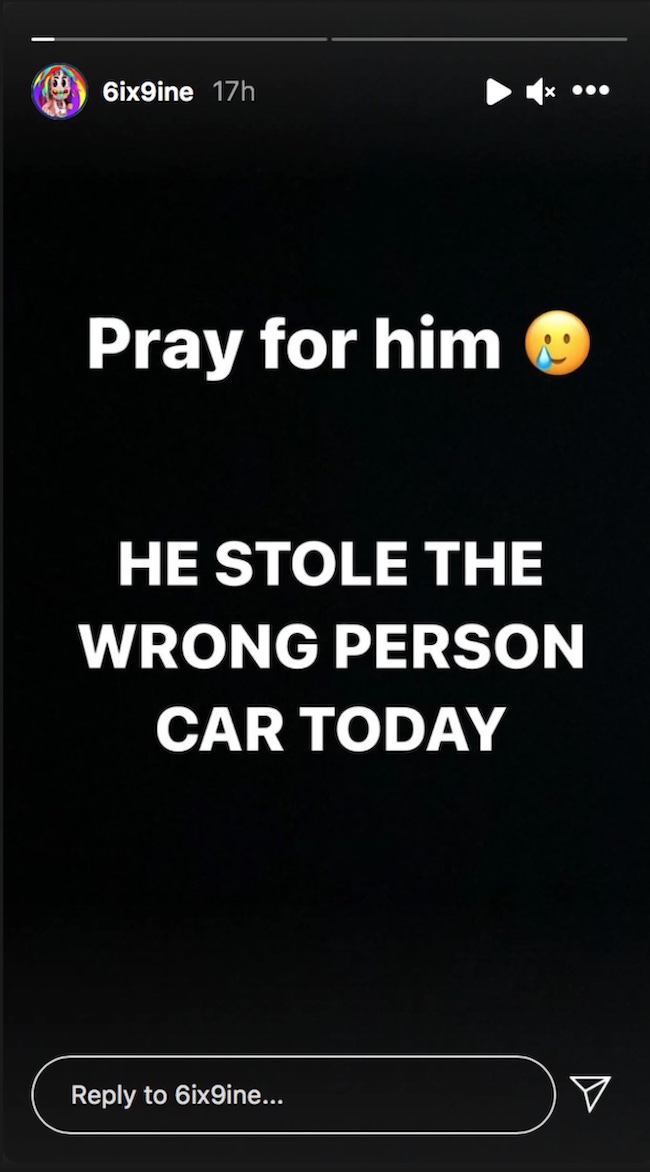 Of course, Tekashi 6ix9ine did not stop there. He also jeered the rapper by posting a picture of a GoFundMe page that was reportedly started to raise money to assist Lil Reese in buying his own car. He captioned that post, “What happen today it’s not funny let’s all chip in and help him by his own car.” 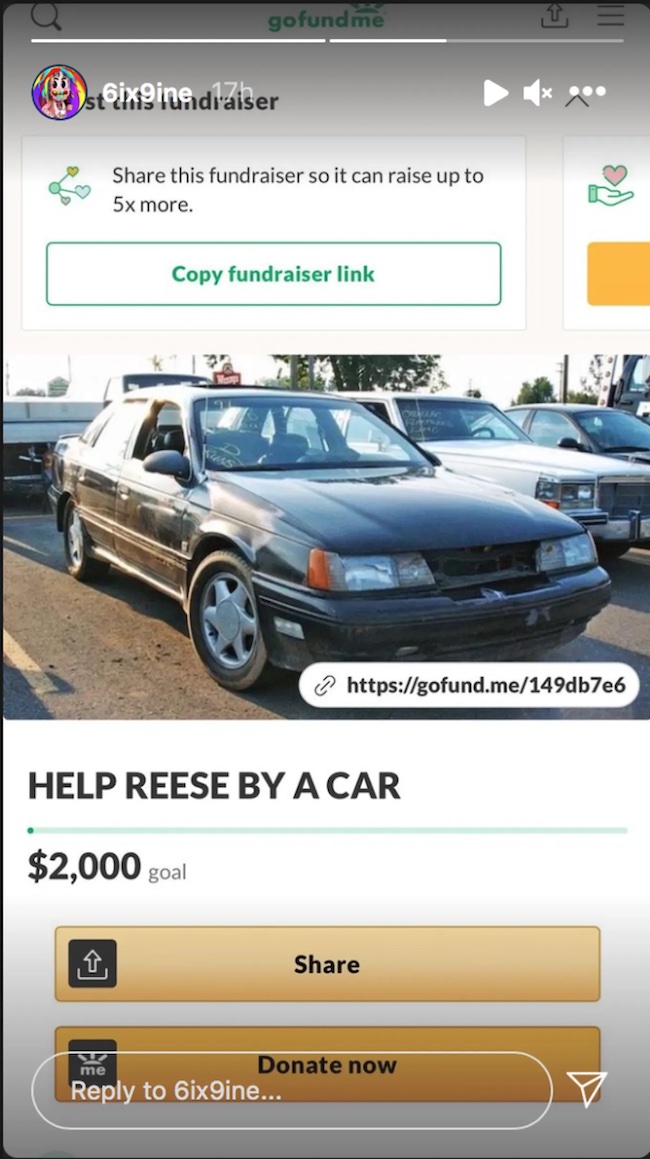 On his Instagram story, he wrote, “Pray for him. He stole the wrong person car today.”

Additionally, the rainbow rapper went to Reese’s Chicago neighborhood and poured vodka on the street as a sign of disrespect while promoting his “Tattle Tales” album. Today (May 16), the jeering continues. The rapper took to social media hours ago to promote his appearance in Texas on May 22 and 29, but not without using the platform to continue to troll Reese. The person behind the camera asks, “This sh*t not stolen right?” referring to Tekashi’s car. The rapper responded by referring to Reese “leaking from the head” and declared, “I don’t steal cars” before speeding off.

Lil Reese’s condition is still unknown to the public, but reports are that he is expected to survive.