The number of “People's Republics” may increase greatly

Until now, I did not know anything about the existence of such a statesman as Vitaly Ganchev. But, having learned, I boldly nominate him for the title of newsmaker of the day. I quote: “After the stabilization of the situation in the liberated territories of the Kharkiv region, a referendum or a poll of citizens on the political future of the region may be held, Vitaly Ganchev, head of the temporary civil administration of the liberated territory of the Kharkiv region, told RIA Novosti.” 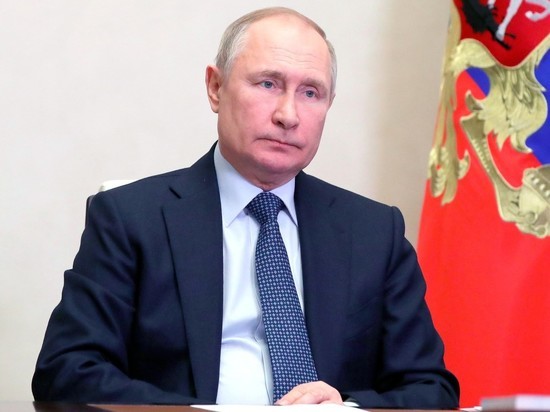 “You understand that in a democratic society, first of all, the population makes a decision. Therefore, I think, when the entire territory is denazified and liberated, then a decision will be made to hold, most likely, among the population a poll, a referendum, and then we will make decisions.”

Statements like this don't just happen. And if they do appear, then definitely not in Russian state news agencies. These not very elegant, but at the same time quite understandable language should be taken as a transparent hint of how, if the special operation succeeds, the political reorganization of what is now still considered Ukraine from the official Russian point of view will look like.

What question can be submitted to a referendum, Ganchev did not reveal, limiting himself to vague hints: “The population has taken root the term“ new Ukraine … people who live, want to live in some other Ukraine for themselves, free from all that what they have seen for the past eight years.”

How exactly can this “other” or “new Ukraine” look like? The most convincing “decoding” for me is contained in a short but capacious text by a well-known political scientist and former State Duma deputy Sergei Markov on the Russian Spring website: “Kherson People’s Republic may be created in the near future. The authorities of the Kiev regime are very afraid of this and ask Western countries to put pressure on Russia…

Of course, Sergei Markov is an unofficial person, and Vitaly Ganchev seems to be official, but with a status that is not completely clear. However, I will cling to the word “logic” used by Markov. If we accept as a working hypothesis that the reformatting of Ukraine described above is one of Putin's strategic goals, then a lot of things fall into place.

Almost two months after the start of the special operation, a large number of experts and politicians are still worried about the question: for the sake of achieving what specific goals is all this started? For the sake of what did the GDP decide to deliberately sacrifice a huge amount of achievements from the first two decades of its reign? Is it just for the sake of forcing the authorities in Kyiv to recognize the new status of Crimea, the DPR and the LPR and verbally abandon plans to create a military alliance with the West? Don't these tasks look not large enough, especially compared to the costs that Russia has made and will continue to make?

Ukrainian politicians are not inclined to take their treaty obligations “too seriously”. Putin can write an entire doctoral dissertation on this topic. The conclusion suggests itself.

The ultimate goal of the special operation cannot be the signing of some next “paper” with Zelensky. The ultimate goal can only be the creation of a fundamentally new geopolitical situation in which NATO will no longer pose a threat to Russia in the Ukrainian direction.

June 2018. On the Direct Line with the President, Zakhar Prilepin asks VVP what will happen if Ukrainian troops launch an offensive in the Donbass during the World Cup in Moscow: “If this happens, I think that this will have very serious consequences for Ukrainian statehood as a whole. On March 5 of this year, another statement by Putin: “People … especially from among the current leadership (in Kyiv. – “MK”) must understand that if they continue to do what they are doing they call into question the future of Ukrainian statehood.”

So, the President of the Russian Federation has long and strongly thought about the possibility of radical steps in relation to Ukrainian statehood in its current form. Creating a belt of Moscow-friendly “people's republics” along the entire Black Sea coast of present-day Ukraine may well be one such step. In general, we can talk about all the Russian-speaking regions of Ukraine (I think no one in Moscow will want to make a second attempt to “re-educate” Westerners). Of course, at the moment this is just a version. But this version has a lot of circumstantial evidence.

On March 3 this year, the Kremlin’s information message about the telephone conversation between Putin and Macron: “It is emphasized that the tasks of the special military operation will be completed in any case, and attempts negotiations will only lead to the fact that in our negotiating position there will be additional negotiating demands on Kiev. This week, the Russian Foreign Ministry, through the mouth of Maria Zakharova, announced a “loss of confidence” in the team of Ukrainian negotiators. Moscow now has a formal reason to “make additional demands” and seek their fulfillment not at the negotiating table, but “on the ground” by force. In short, everything so far comes down to success on the battlefield. It depends on him who, when and how will be able to realize their plans.