The plot of the Great Patriotic War 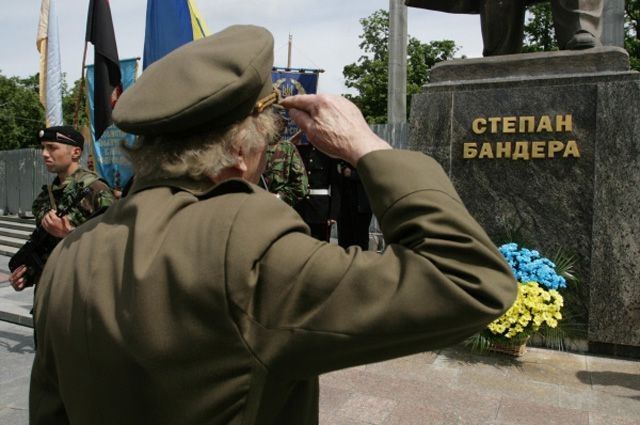 On April 19, the Expert Institute for Social Research (EISI) organized a round table on the history, tools and prospects of denazification. The event was timed to coincide with the start of the all-Russian campaign “Day of United Actions in memory of the genocide of the Soviet people by the Nazis and their accomplices during the Great Patriotic War.” In 1943, on this day, a decree was signed by the Presidium of the Supreme Soviet of the USSR “On punishment measures for the Nazi villains guilty of killing and torturing the Soviet civilian population and captured Red Army soldiers, for spies, traitors to the motherland from among Soviet citizens and for their accomplices.” .

The thematic forum was attended by experts in the field of domestic policy. They agreed that the conduct of a special military operation by Russian troops, one of the goals of which is the denazification of Ukraine, obliges them to investigate the crimes of the Nazis against civilians during the Great Patriotic War. The guests of the round table also discussed the history of Ukrainian Nazism, the interests of the West in its support, and outlined the main principles and tools of denazification.

The first speaker at the event wasVladimir Shapovalov, Deputy Director of the Institute of History and Politics of the Moscow State Pedagogical University.He said that for Russia the action is a significant date in memory of victims that the country suffered as a result of Nazi aggression and recalled that not only Germany, but also some European countries adhered to the ideology of Nazism.

“Nazi practices led to the most terrible war in the history of mankind. 70 million people became its victims, — emphasized by Vladimir Shapovalov. — Of these, 26.6 million citizens of the USSR died. More than half were ordinary civilians. These people were forced to participate in the war because the territory where they lived was occupied.

The expert emphasized that not only German, but also Ukrainian fascists played a significant role in the war. They also committed terrible ethnic crimes, brutally killing civilians.

Deputy Chairman of the State Duma Committee of the Russian Federation on Information Policy, Information Technologies and Communications Oleg Matveychevin his speech, he also addressed to history. He remembered the decision of the First Secretary of the Central Committee of the CPSU Nikita Khrushchev to rehabilitate and return from the Nazi camps. According to the expert, this action was a mistake.

“No Bandera ideology would have survived to this day if it did not have a gigantic media support in the West, — Matveychev said. — Immediately after the end of the war, Nazi criminals found refuge in the United States, or America provided them with housing in other states over which it had influence. There they received not only shelter, but also the power to spread the Nazi ideology.

Head of the VTsIOM political analysis practice Mikhail Mamonovprovided colleagues with the results of a recent sociological survey related to the attitude of Russians to the denazification process. According to its results, more than 85% of respondents stated that there are organizations in Ukraine that profess the ideology of Nazism.

Another participant of the EISI round table was director of the Foundation for the Study of Democracy Problems, member of the Civic Chamber of the Russian Federation Maxim Grigoriev.He showed his colleagues videos, the main characters of which are — residents of cities destroyed by Ukrainian troops. In the video, they describe how the Nazis shelled residential buildings, killed children, and destroyed areas where people spoke Russian.

«We collected more than two hundred testimonies. Victims of the Ukrainian military share in them terrible real manifestations of cruelty, — said the expert. — For example, in Volnovakha, the Nazis set up firing positions in a residential building. They forced one of the local residents to bring them medicines. When he refused, the man was stabbed to death and then the corpse was abused. I was in the apartment where it happened. I saw bloodstains on the carpet and live ammunition scattered everywhere.

Maxim Grigoriev stressed that the current Ukrainian ideology — this is a form of fascism, and Russia will continue to fight it. Video clips with eyewitness accounts of crimes against civilians in Ukraine are sent by the team of the Director of the Foundation for the Study of Democracy to the Investigative Committee of Russia.