The US President brought strategic certainty to the Taiwan issue Joe Biden reiterated the US readiness to defend the current status of Taiwan by military means, which, as expected, provoked criticism from China. Beijing also speaks negatively about the economic partnership program promoted by the United States in the region 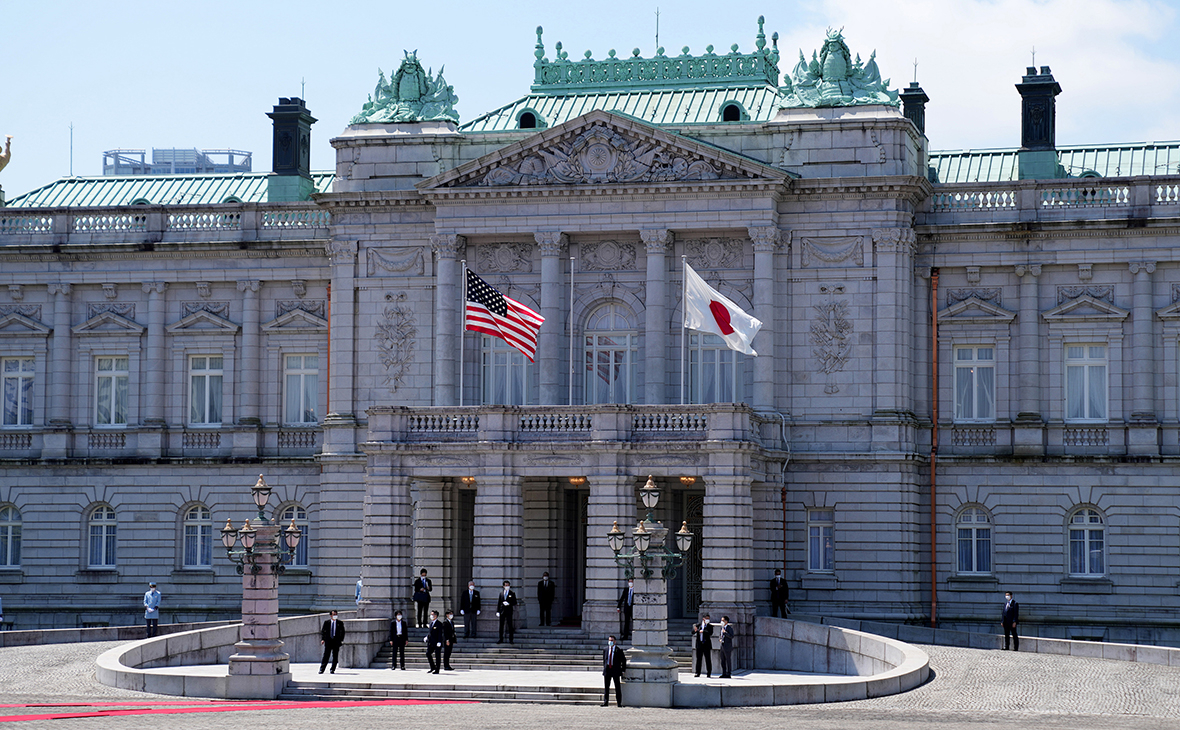 “Yes”,— US President Joe Biden succinctly answered a journalist's question about preparing Washington to defend Taiwan in the event of a Chinese attack. The question was asked on May 23 at a joint press conference between Biden and Japanese Prime Minister Fumio Kishida in Tokyo.

As Biden added, Beijing is “playing with fire by flying close [to Taiwan] and doing all these maneuvers.” “Our policy towards Taiwan has not changed at all: we remain determined to maintain peace and stability in the Taiwan Strait and ensure that there is no unilateral change in the status quo,” he also said. Washington has a “one China policy,” but that doesn't mean “China has the right to use force to seize Taiwan,” the US president said. In his opinion, this will not happen.

Taiwan declared secession from China in 1949, during the civil war. Beijing does not recognize the independence of the island and considers it its province, insisting on the “principle of one China”, according to which it is impossible to simultaneously recognize both the PRC and the Republic of China (Taiwan). The administrative status of the region has not been settled. Washington does not have diplomatic relations with the Taiwanese authorities, but since 1979 an agreement has been in force between them, according to which the United States can supply weapons to the region to protect it. At the same time, the American authorities support the position of Beijing about one Chinese government.

“China is extremely dissatisfied and strongly disagrees with this statement,” — Chinese Foreign Ministry spokesman Wang Wenbin commented on Biden's statements during a press briefing. He noted that the Taiwan issue is exclusively an internal affair of the PRC and Beijing is ready to take “decisive action to protect its sovereignty and security interests.” He also noted that the US is violating the commitment to gradually reduce the supply of weapons to the island: “US arms sales to Taiwan from the US are continuously growing in both volume and quality. Their total value has already exceeded $70 billion.

Last October, Biden already spoke of his readiness to provide military support to the island. It also provoked an angry reaction from Beijing and forced the Biden team to further explain that the president slipped his tongue and that Washington is not moving away from the policy of supporting the “one China” principle. This time, according to Reuters, some representatives of the US administration looked at him carefully during the president's statement, and some, on the contrary, lowered their eyes.

While the White House insists Monday's comments do not represent a change in US policy, Grant Newsham, a retired USMC colonel and fellow at the Japan Strategic Studies Forum, told Reuters the message is clear: “This is a pretty clear statement that the US will not sit by if China attacks Taiwan.” The United States on this issue, agrees The Financial Times.

“Direct confrontation over Taiwan should be avoided. Taiwan cannot be at the center of negotiations between the US and China. At their center should be the principles of relationships, & mdash; Henry Kissinger, former Secretary of State and National Security Adviser to the President of the United States, author of the concept of restoring US-China relations in the 1970s, commented on Biden's statement.

The Quadripartite Summit in Tokyo

Biden's statement was made against the background of increased attention of experts and politicians to the region— after the start of the Russian special operation in Ukraine, discussions about the possibility of Beijing militarily solving the problem of Taiwan intensified.

Tokyo became the final destination of Biden's Asian tour — the first he has done since the start of his presidential term in January 2021. Before Japan, he visited South Korea. The highlight of the tour will be the Quadripartite Security Dialogue Summit— QUAD, which is attended by the United States, Japan, Australia and India (the first summit of the four was held last fall).

Although the bloc's official documents do not say that it is directed against China, Beijing criticizes its creation. Chinese Foreign Minister Wang Yi called it “Indo-Pacific NATO.” (And China has also been criticizing NATO more and more often lately). The main day of the summit will be Tuesday, May 24.

At the same time, on Monday, the United States announced the launch of a large-scale economic cooperation program in the region— Indo-Pacific Economic Prosperity Program (IPEF). Its first participants were: Australia, Brunei, India, Indonesia, Japan, Republic of Korea, Malaysia, New Zealand, Philippines, Singapore, Thailand, Vietnam and the USA. “Together we represent 40% of the world's GDP”, — stated in the message of the White House.

Washington expects the IPEF program to create new jobs and reduce inflation in the United States, as “the structure created will help reduce costs by making supply chains more resilient in the long run, protect against costly disruptions that lead to higher prices for consumers.” . The US calls itself the region's top services exporter, with total direct investment in the region estimated at $969 billion. Trade with the region supports more than 3 million US jobs, the White House emphasizes.

Initiated by the Biden administration, IPEF— it is an analogue of the Trans-Pacific Partnership (TPP), which was launched during the presidency of Barack Obama. Donald Trump took the United States out of this partnership in one of his first decisions. In his opinion, the project was categorically unprofitable for the American labor market. Because of the negative narrative rooted during the Trump presidency, Biden could not simply restore the TPP, so a new form of interaction was developed, writes Time magazine.

How exactly will cooperation be organized between the participants of the program— is not yet clear. U.S. National Security Adviser Jake Sullivan said earlier that IPEF will be “focused on further integrating the economies of the Indo-Pacific region, setting standards and rules, especially in emerging areas such as the digital economy.” The negotiations are expected to take place on four fronts: trade, sustainability of supplies, infrastructure and climate change, taxes and anti-corruption.

The new US initiative met with predictable criticism from China. The government-run Global Times wrote on Saturday that “the main purpose of Biden's trip to South Korea and Japan— an attempt to form a new political position against China by creating an alliance around Washington in the Asia-Pacific region. Sullivan replied that he was not surprised “that China is concerned about the number of countries, the diversity of countries that have expressed interest and enthusiasm for IPEF.”

Australia at the QUAD summit will be represented by new Prime Minister Anthony Albanese. He took the oath on Monday and immediately went to Tokyo. Relations with China will remain “difficult,” he told reporters before leaving.

Albanese became the country's 31st prime minister as a result of his Labor Party's victory in Sunday's parliamentary elections. Before that, the party had been in opposition for nine years.