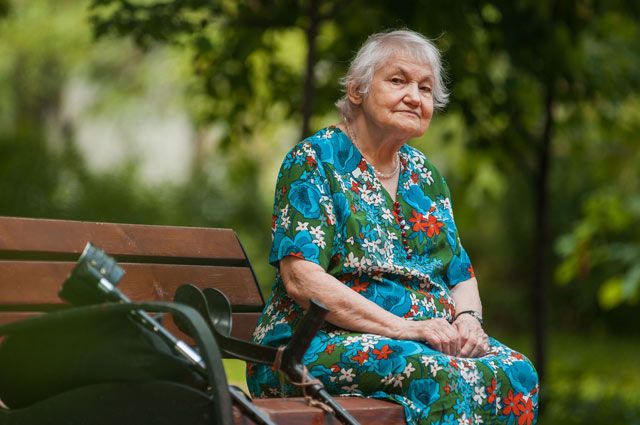 Lyudmila Fedorovna — Muscovite in the third generation, former engineer of the design institute “Mosproekt-3” and, perhaps, one of the oldest fundraisers in the USSR. «Fundraising — this is a search for money, », — a brisk voice comes from the tube. But in the early 90s, she was looking not for money, but for food: she asked the entrepreneurs who had just appeared then for the needy sugar, buckwheat and everything they could give. I was also looking for people — kind and decent. The same as she herself.

Conqueror of mountains and high-rise buildings

The fact that Lyudmila Fedorovna has been transferring from each pension for several years to the AiF. Good heart» 250 rubles, we found out by accident. This summer, she was worried about whether her donations reach us due to the difficult economic situation in the country, and she called the fund herself. This is how we learned that Lyudmila Tereshchenkoin a sense, our colleague. Back in 1989, she organized in her Khamovniki a charitable organization “House of Mercy”, which exists to this day.

“Then, right after the” price holiday “, very difficult times began. My young neighbors, who had recently become parents, went to the — to queue for milk".

The popular perestroika slogan “Who if not us?” became fateful for Lyudmila Tereshchenko. And the truth is: who, if not she — former Komsomol organizer, activist, headman and conqueror of the Caucasus mountains and the Pamir five-thousander (the second category in mountaineering remained in the memory of the students).

In 1989, Lyudmila Fedorovna became a district deputy, personally bypassing all the apartments (in two eight-story buildings and one five-story building) at its 119th polling station. And shortly before that, she organized the “House of Mercy”, which helped the poor, large families and lonely old people.

House from the air

At the “House of Mercy” no, never had a room of its own. Everything was organized literally out of thin air. First, Lyudmila Fedorovna went around the local Councils of Veterans and asked for one active person from each who knows his microdistrict well and those who need help.

Then 14 people came to her: twelve women and two men. “The men quickly broke away, and we began to work.” At this time, those wishing to open their own business had to obtain permission, including from the commission of district deputies. Where the district deputy Tereshchenko immediately asked: would they agree, having risen to their feet and made a profit, to provide humanitarian assistance to the needy residents of the district? Surprisingly, no one refused.

At the dawn of Soviet fundraising, everything was both difficult (because almost no one did it then) and simple (without paperwork and walking around the offices). “I reported on the assistance provided down to the names and phone numbers, but most often the answer was:“ yes, we believe you. ”

Soon, many Khamovniki merchants knew about the activist and called her to offer help.

“One businessman offered 300 pairs of children’s cotton tights, which were not available at that time: only synthetic ones were everywhere. You have no idea what a deficit it was! I immediately — to the chief physicians of our two children's district polyclinics. They distributed tights through district pediatricians who knew their wards: they distributed among mothers, no more than two pairs per hand.

Slava walked ahead of Lyudmila Tereshchenko. On the street, they would sometimes come up and thank you heartily. Moms — for pantyhose, old ladies — for warm jackets. Lyudmila Fedorovna even saved three wards from prison: “but this is a different story …”

In her house there was a teenage club “Forpost im. Shatsky”, in which the district deputy Tereshchenko conducted a reception of the population on Thursdays. “Sometimes they will ask: “Where can I come for an appointment?” And I answer: “My office is behind a gas stove, you will be met by a secretary in a diaper.”

This “House of Mercy”, which has never been and will not be on the map of the capital, is alive, while she is alive. But Lyudmila Tereshchenko also remembered other houses, quite tangible, ancient, which she tried to preserve for posterity. Who if not her?

Lyudmila Fedorovna knows and loves Moscow as much as the hero of the film “Pokrovsky Gates” can love her. A woman of the era who found the post-war city and worked on its future monumental appearance.

In the sixties, she made projects for the capital's stadiums and gyms for the new Moscow. Then she became the youngest chief engineer of the project of the Mosproekt-3 institute: the embassies near the Moscow Zoo, on Prospekt Mira and on Mosfilmovskaya were designed and built under her supervision.

And many years later, she, along with other active residents, will save the old wooden estates of artists and writers in the heart of Moscow from demolition. But, alas, nothing will come of it. Now there are regular elite high-rise buildings. However, at least one important house for her survived: a brick six-story building with wooden floors and a green courtyard of her childhood. It is symbolic that Lyudmila Fedorovna was really born (mother — doctor, dad — military) on Pravda Street. Her grandfather came here with his family from Baku in 1929. Here she grew up, studied, brought her future husband here to get acquainted with the family.

The woman of the era

Lyudmila Fedorovna tries to tell her whole life in one conversation. Athlete, Komsomol member, social activist, mother and grandmother — it contained a whole epoch in one itself. “I am from the generation that read Solzhenitsyn on samizdat tissue papers. We — living witnesses of a time gone forever».

Some of the remaining wards call a number they have learned by heart (in three decades!) to ask them to find an employee by Easter — wash windows and floors. Someone is looking for a good nursing home and is afraid that they will be deceived, but Lyudmila Fedorovna — there is faith. Because she always had the truth behind her.

And if someone asks for money, complaining about a small pension, she will sternly ask: “Do you know what orphan diseases are? Not? So I'll tell you now. I transfer money from each pension to two funds for children. She issued an automatic write-off from the savings bank account in her branch of Sberbank, where the pension is transferred. And I advise you! If there are many of us, we can treat children for whom our healthcare does not have enough money.

Lyudmila Fedorovna, your money has reached us this month as well.

AiF Foundation. Good heart» helps children and adults with severe and rare diseases. We provide medical, legal and psychological support to wards from the most remote regions. By supporting the — you help not only them, but also their families!