It’s been almost two decades since Bounty Killer released an album. In fact, Ghetto Dictionary was released by VP Records in 2002. But the wait is over since he has already confirmed that he’ll be dropping something new this year called King of Kingston. The mission behind this upcoming album is clear, and it’s to remind fans of what authentic dancehall sounds like from one of the greatest of all time in the history of the genre.

Last year while being interviewed by Nikki Z, Killer said: “Some people don’t remember what dancehall is and what the real foundation is… so we gonna take them to the real hardcore.”

With that being said, there hasn’t been much new information about the album except for the cover art that Killer shared last weekend. But let’s focus on what we know so far.

We already know that it will get the Midas touch from Damian “Jr Gong” Marley, the album’s executive producer. Damian Marley isn’t just you’re average reggae/dancehall artist, and neither does he have to rely on his last name.

Gongzilla is one of the most gifted artists in the genre ever to take up the mic, and now he is using his decades of experience to produce music for other artists through the Marley’s Tuff Gong label. So Bounty Killer album is in safe hands.

So far, we know of one powerful music producer likely to feature on the album, and that’s DJ Khaled, who jokingly asked for Jamaican citizenship earlier this month so that he could work on the record. The two discussed the option during an Instagram Live. During that session, it was revealed that DJ Khaled was confirmed to work on at least one of the songs on the new album.

DJ Khaled, who is very familiar with dancehall and its culture, also revealed his favorite Bounty Killer tunes during the Live. “Look Into My Eyes is my biggest song but Mama She Is Not In A Good Mood is my favourite due to the sentimental value,” he said. This may be an indicator that he’s going to help Bounty reproduce that gritty underground sound that he’s become well-known for. 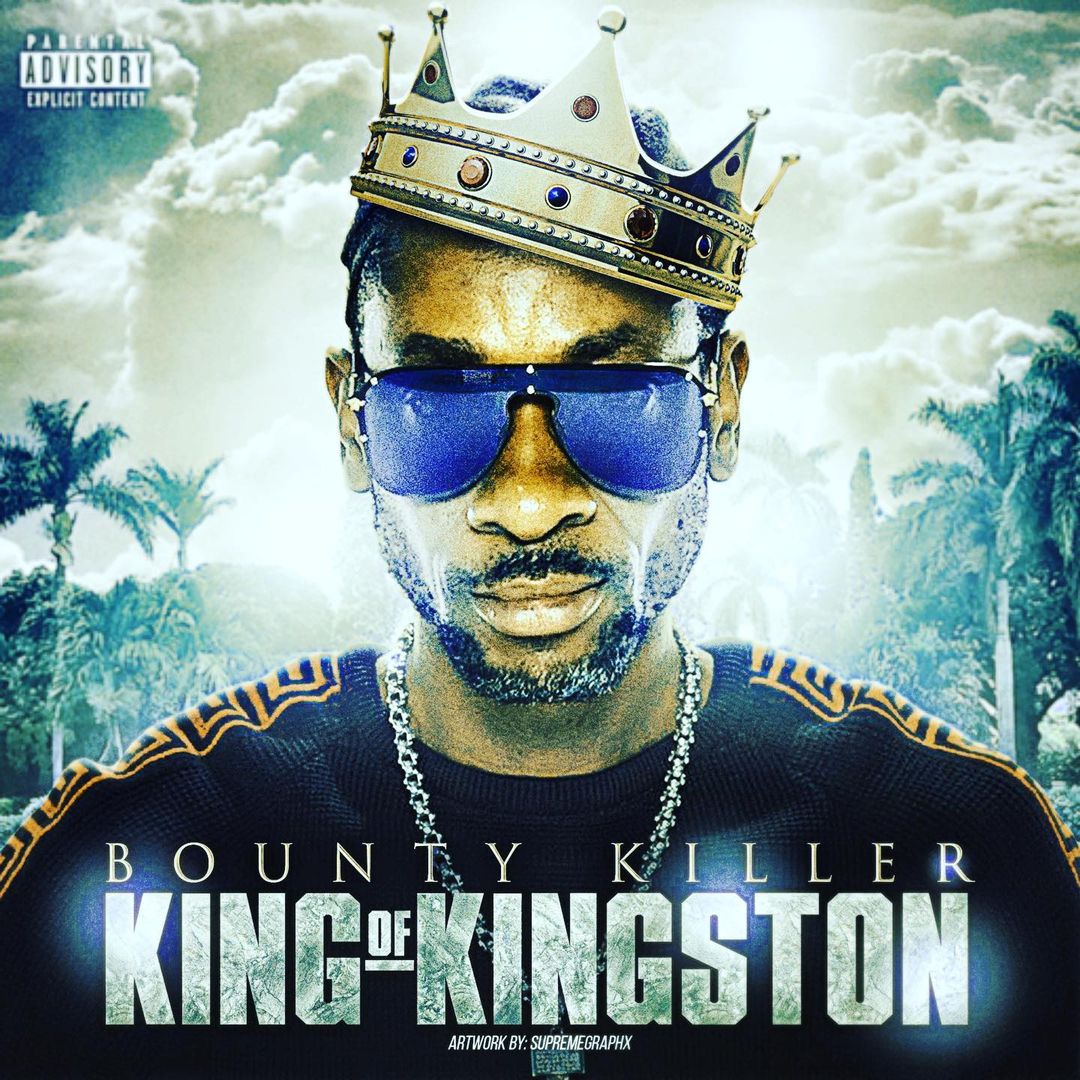 King of Kingston cover art
Artists who are featured

Another collaboration shows a more regional approach as he confirmed that Trinidad and Tobago’s Bunji Garlin will feature on the album. That track is called “Free Up” and already premiered on a London radio station by MixMasterJ on May 6. The song was produced by Christopher Birchill and is from his Sambana Riddim.

In March, he used Instagram to confirm another collaboration, this one more aligned with the dancehall genre. He shared a small snippet of him and Busy Signal getting to work in the studio. The title of that one may be “Bang, Bung” and is featured on a retro dancehall beat with Bounty’s distinctive vocals piercing through the drums just as he did in the 90s and early 2000s.

There’s also “Gun Ready,” a collaboration with upcoming deejay Machine Lawd but that one hasn’t been confirmed for the album as yet.

We have no doubt that he has a lot more collaborations coming, but that’s all that he’s hinted at so far. His decision to record a new album was probably heavily influenced by his reemergence following his epic Verzuz battle with past rival Beenie Man. Following that virtual battle in 2020, both he and Beenie Man saw a phenomenal upsurge in streaming numbers.

This is not surprising since the virtual clash drew in an audience of 470,000 live viewers and an estimated audience of 3.7 million for the duration of the show. Then there were over one billion impressions. Following that boost, the “Poor People Fed Up” deejay saw a triple-digit percentage growth to the tune of 291 percent.

Bounty Killer’s son Major Myjah might also make the guestlist for the album.

It may or may not be a challenge for him in approaching the content of his lyrics for this project. Bounty Killer is well known for hardcore lyrics that helped earn him the ‘Warlord’ moniker. But a much more matured Bounty Killer might come with different packaging for this project, something he often touted in recent times. One thing you can expect is for the dancehall legend to tackle the harsh reality of what’s going on in the streets.

Jamaican artists have come under attack for what some politicians believe is a correlation between violent lyrics and violence in society. Killer has spoken at length about the perceived issue and has even admitted that some songs in his catalog he regretted releasing.

While he may have some regrets about some lyrics, it doesn’t stand to reason that he will stay away from violent lyrics. Most recently, Killer agreed with People’s National Party (PNP) senator Damion Crawford’s opinion on the matter. Crawford, who appeared on Onstage with Winford Williams, said: “Other persons like myself who listen to it and gravitate towards it may be gravitating towards the metaphors and the rhymes and stuff like that. So the aspect of the music that a criminal gravitates to is because he was a criminal, not because the music transforms him,” he said. 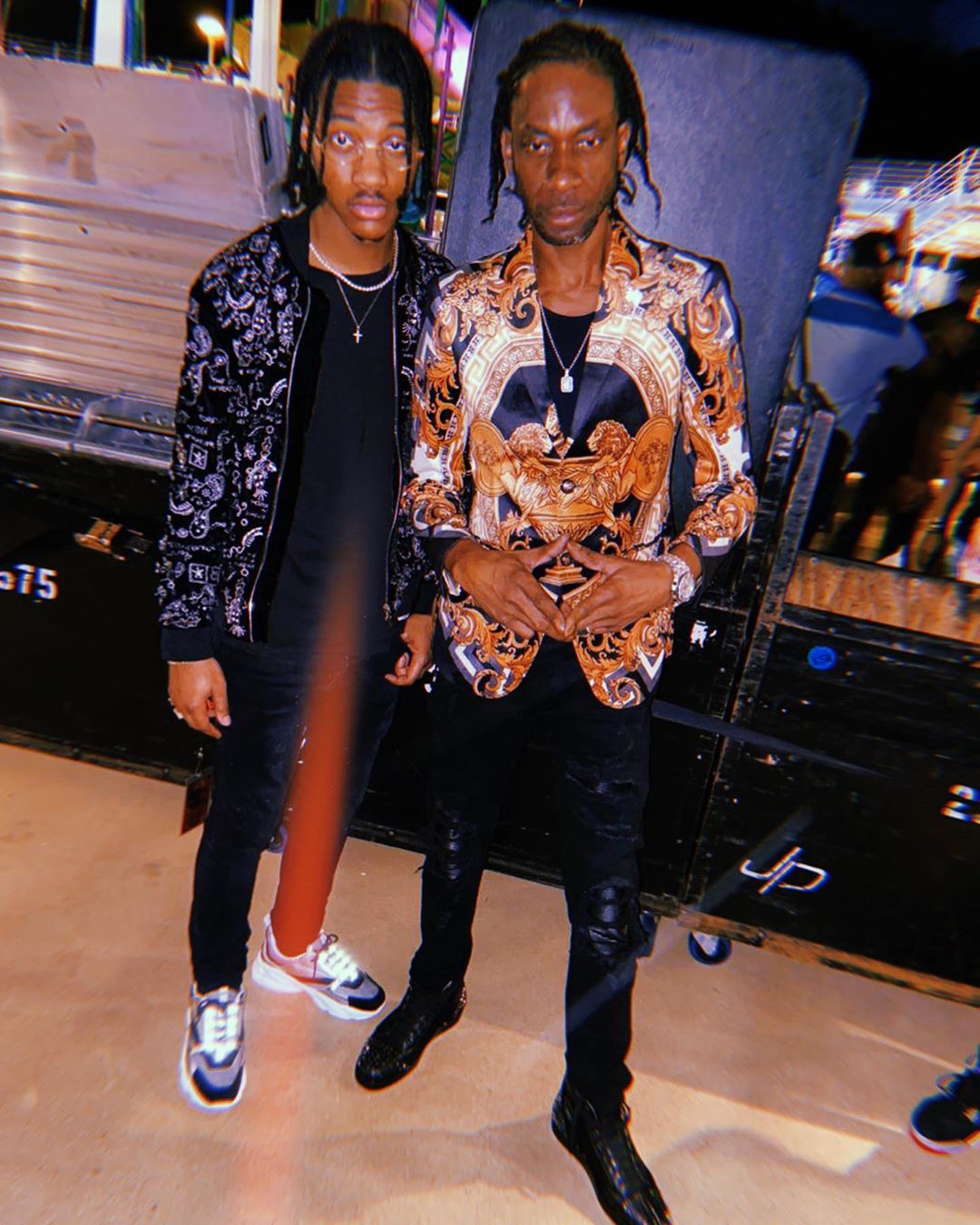 Bounty Killer responded to a clip featuring Crawford’s opinion and said: “Well said mr @damioncrawford I hope all the band wagonnis can go listen this full interview and stop blame the artist dem for Jamaica’s crime and violence,” he captioned the post. We can definitely anticipate authenticity from the artist. In another interview on the issue of violence, he told the Gleaner, “It’s social dysfunction that causes violence. Violence has become a culture in Jamaica. Music is just one of the little entities in the world that might have influenced anybody.”

If anything, he’s making sure he puts his all into it, just as his recent Instagram sidenote takes aim at other artists in the dancehall space who are releasing albums this year.

“Side Note: Since everybody and dem granny making album this year all of a sudden let me make this clear all who and who dropping dem little dumpling thing dweet fast and move bcuz when GIANT a feed up a pudding pan kerosene tin business in other words the BIGGEST BADDEST and the BEST dancehall Y’album for the last two decades is…………..LOADING,” Bounty Killer wrote before sharing the artwork for the album, King of Kingston.