The British authorities, already facing widespread criticism of their migration policy, risk incurring even more discontent. According to local media, Prime Minister Boris Johnson intends to put in place a plan to “offshoring” for illegal immigrants striving for his country. They are supposed to be transferred to Rwanda, where they will have to undergo verification procedures and, at best, further processing of documents for entry into British territory. The complex program being considered by London is not new in itself: UK legislators are drawing on foreign experience that has already proven effective. We figured out what the essence of such a scheme is and why it is dangerous for everyone involved. 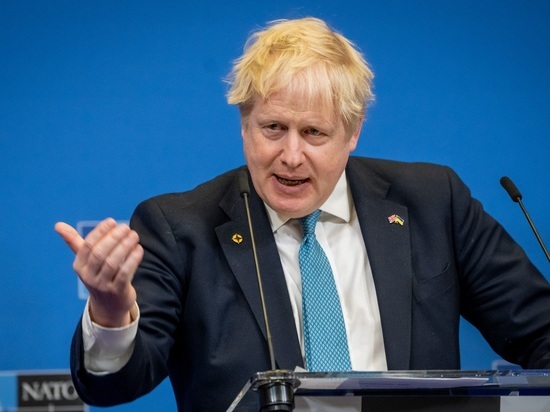 According to the British press, Johnson intends to “announce plans to send migrants to Rwanda” in the near future — to process (their cases) as part of a secret deal worth millions of dollars with an African country.

The agreement with the Rwandan authorities was supposedly supposed to be announced at the end of March, but so far not all the terms of the agreement have been agreed upon. However, the key parameters are already known.

In the plans of London, firstly, the creation of “processing centers”; for migrants in Rwanda. Those refugees who are trying to get to the UK without legal grounds, that is, a valid visa or the right to receive it under the program for immigrants from Ukraine, will be sent to these institutions.

Secondly, in Rwanda, the dossier of an illegal immigrant will be studied, taking into account the reasons that prompted him to resettle, the danger threatening him at home and the presence of relatives with British citizenship. Based on the results of the verification, data on asylum applicants with petitions will be submitted to London. And only by the decision of the legislators of Great Britain, each candidate will either receive the right to enter its territory, or, at the discretion of the Rwandan side, remain in the African state or be expelled to the place where he fled.

Finally, the third factor — purely economic. The activities of the centers in Rwanda will be financed from the British treasury; while the exact amount has not been made public, but it is known that we are talking about millions of pounds.

It is no secret that the British authorities have already been criticized by human rights activists and black refugees, who often cannot cross the English Channel, even if their relatives (but, for example, without Ukrainian roots) legally reside in the UK and are ready to accept them. Despite tough demands from London, the number of migrants, including Africans, is growing. In just three months of this year, more than 4,500 people crossed the strait. It was against this background that Johnson forced the adoption of a program initiated by the Secretary of State of the Home Office (in other words, the head of the UK Home Office) Priti Patel, who, like many, fears penetration into the country and “dissolution” there are criminal elements in it.

Human rights activists, recalling the already denied migrants, believe that a potential deal with Rwanda will only aggravate the situation of black immigrants. In the very choice of the state to host offshore centers there, some see a focus specifically on people with African roots. Do not forget that Rwanda is not one of the most prosperous and stable countries in the world.

Australian experience and the price of the issue

At the same time, supporters of the reform say that it is not discriminatory in itself and is part of the overall process of redistributing migration flows in order to avoid illegal entry. The idea of ​​”offshore” for refugees in London did not appear out of nowhere: its initiators rely on the experience of Australia. The green continent has been practicing this scheme for almost a decade. Illegals seeking to enter the country are simply turned around and sent to offshore centers in Nauru and Papua New Guinea, by agreement between Canberra and the authorities of these countries. The money for the functioning of the centers, of course, allocates the Australian side. And the price — not at all small. According to the Australian National Audit Office, the maintenance of one illegal immigrant, including all related expenses (sending to the center, providing him with a place, food, as well as working with the documents of an asylum applicant, etc.), according to the Australian National Audit Office, costs more than $ 400 on average (!) thousand annually (more than 36 million rubles).

The effect, however, is no less impressive than the costs. If in 2013 about 300 ships, on which there were a total of more than 20 thousand people, reached the coast of Australia, that already in 2014 the number fell by half. Since then, according to official figures, not a single ship with illegal immigrants has reached the Green Continent.

The supporters of the UK deal with Rwanda hope to achieve the same. Moreover, attempts to negotiate an “offshore” for illegal immigrants were undertaken by London before, in Ghana and Albania. Why these plans failed is not exactly known: the British authorities are dosing out information about such initiatives, and even the current news about Rwanda has become a merit of the — in official documents it appears as “Country X”.

However, not only supporters of the deal, but also its opponents are turning to the Australian experience. And they, of course, focus on the price of the issue. In particular, the representative of the Labor Party, Lord Rosser, said that it would be cheaper to “accommodate asylum seekers at the Ritz Hotel than to pursue an offshore policy.” “The cost per person to run such a (government-proposed) scheme would be significant, not cost-effective,” — he noted.

With the assessment of the final cost of the project initiated by Patel, it is also connected with the fact that it has not yet been approved by the British Parliament. Even some of the conservatives are in favor of reducing certain items of expenditure on the program in Rwanda, although it is impossible in principle to refuse some of them, for example, sending British specialists to the East African country. In addition, the final costs may still be higher than projected — at least, depending on the terms of detention of the applicant for asylum in the center. And this problem raises not only financial questions, but also ethical ones.

Security through restriction of freedoms

The situation in which an illegal immigrant finds himself, detained and sent to an offshore detention center, looks very ambiguous. In fact, a person who is not deprived of liberty by a court decision falls into captivity. He retains the right to apply for return to his home country (usually at his own expense) without waiting for a decision on the possibility of entering the desired country. But, as a rule, most illegal immigrants hope for the best, preferring to wait. It can be not only futile, but also extremely long. According to Australian media, people in the centers in Nauru and Papua New Guinea spend more than 400 days there. Of course, this is only an average, but even assuming that someone's case is resolved in one or two months, this indicates that someone else may be waiting for the “verdict” almost a year.

The policy of the same Australia has repeatedly become the subject of public condemnation. Human rights activists (and some organizations regularly arrange boat rides off the coast of the Green Continent with banners “Let them (meaning migrants)!”) Point out the often unacceptable living conditions in temporary detention centers, cases of abuse of power by personnel performing to a greater extent the role of protection, and non-transparent mechanisms for spending allocated funds. Ironically, it was the ethical aspect that was once paid attention to by supporters of the idea of ​​ex-US President Donald Trump to build a wall on the border with Mexico. To the former American leader, a number of advisers suggested the Australian scheme instead of the border facility. But those who supported the erection of the wall said: physically closing the entrance is more humane than forcibly sending illegal immigrants to temporary detention centers (of which there are enough in the United States itself).

British conservatives, however, also have a counterargument in this case: in their opinion, it is safer for an illegal immigrant to be in an institution controlled by the state authorities than, once in the country, to be a victim of the criminal schemes of human traffickers — Johnson has already been warned about such risks.

“Processing (asylum applications) abroad is part of a system-wide reform aimed at breaking the business models of human smugglers and curbing undesirable behavior,” — noted, in particular, Baroness Williams (like Patel, she is part of the leadership of the Home Office in the status of a minister, responsible for the fight against terrorism).

As a result, the issue of ethics and respect for human rights and freedoms, like the financial one, has become one of the main obstacles to reform. So, during the debate in Parliament, the Reverend Paul Butler, Bishop of Durham, sharply criticized the measures considered by the legislators, resorting precisely to moral categories. “When people come to our shores in search of protection, we are obliged to treat them as we would like to be treated if we really had to flee,” — he noted, rightly emphasizing that “if we move them to other countries to consider their asylum applications, I am very afraid that their applications will be turned a blind eye.”

Not an easy alternative for Johnson

Be that as it may, the British prime minister found himself between equally negative scenarios. Sending illegal immigrants to Rwanda can have a negative impact not only on black immigrants, but also on white holders of Ukrainian passports, because all their privilege is essentially — only in more grounds for obtaining a visa. One way or another, they will have to issue an entry document, and in the UK this has never been a simple and quick procedure. Therefore, they are theoretically not immune from being placed in African centers for verification while waiting for a response. The financial costs to the United Kingdom, where inflation and prices are hitting multi-year records, are also out of time, but the indignant voices of human rights activists are still loud enough, already forcing the prime minister to listen to them. However, London is not able to remain inactive for a long time: outrage is growing both among migrants and within the country (where their relatives are not allowed to visit law-abiding Britons), and on the continent, where refugees striving for the UK accumulate.