The battle for the Elysee Palace enters a decisive phase

French President Emmanuel Macron is calling on voters to turn out in the first round of elections on April 10. Polls show the republic's current head of state is more than six points ahead of his far-right rival Marine Le Pen, but forecasts look hazy, analysts warn. 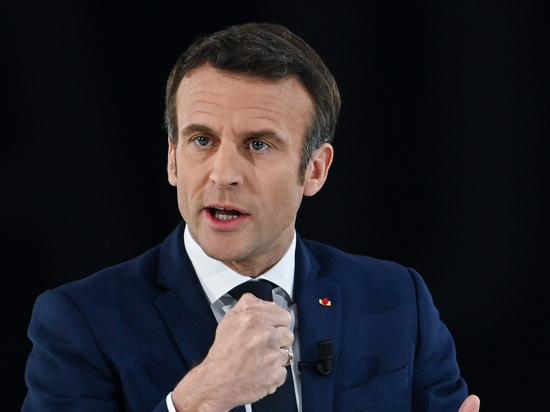 Emmanuel Macron urged voters to show up for the first round of France's presidential election on Sunday, stressing the importance of giving him a clear mandate for a new term at the Elysée, writes The Guardian.

The President said he was surprised by the growing inclination of people to ask what is the point of voting. “This is useful? Yes. If I had not had a real mandate five years ago, I would not have been able to do what I did. Only voting gives this legitimacy,” he said in an interview with France Inter. – Many people support various causes, petitions, movements … but not necessarily vote. The reasons are important… but the profound change we can make in society comes when we vote.”

With days left before the first round of the presidential election, in which the final two candidates will be chosen, the polls It is still speculated that Macron is considered the favorite to win in the first round and will face Marine Le Pen of the far-right National Rally (formerly the National Front) in the second round on April 24 – as he did in the 2017 presidential election.

However, as polls show Le Pen closed the gap in the first round with 22% support to Macron's 28.5%, and far-left Jean-Luc Mélenchon is seven points behind her, political analysts and pollsters say, that the result of the vote is far from a foregone conclusion. Now the support of all far-right candidates is about 35%.

Macron admitted that during his five years at the Elysee Palace, marked by the coronavirus pandemic and the current conflict in Ukraine, he failed to convince people to avoid political extremes.

“I failed to convince people that the extreme right is no answer,” said the President of France.

During the interview, Macron also reaffirmed his determination to reform the country's pension system, a proposal that sparked more than a month-long strikes in France in 2019-2020, the worst strikes in the country since the previous attempt to reform the pension system in 2010. If re-elected, he said he would raise the retirement age from 62 to 65, with a few special exceptions, and introduce a minimum pension of 1,100 euros per month.

“All those who tell you that we we can keep pensions as they are today, they lie,” says Macron. – Today, on average, people do not stop working at 62, they continue to work until they are 63.5 years old. And several million of our citizens, many of whom are hard-working women, work until the age of 67. There is some hypocrisy in this.”

Emmanuel Macron has promised health and education reforms that have also irritated workers. However, he says he does not plan to force 12-year-olds into vocational training, as Mélenchon claimed. “This is fake news,” the politician said.

According to the rules of the election, the election campaign will end on Friday at midnight, so until then, the candidates must convince the French voters. Far-right presidential candidate Eric Zemmour, ranked fourth or fifth in the polls, stepped up his anti-immigration rhetoric by promising to deport 1 million foreigners if elected head of state. Center-right Republican candidate Valerie Pecresse says voters must revolt to avoid Le Pen's second round against Macron, while Anne Hidalgo of the Socialist Party, currently languishing at the bottom of the polls, called on those who consider themselves part of the “left family”, support her.