The Kremlin spokesman Dmitry Peskov once again confirmed that there is no prospect of direct negotiations between the presidents of Russia and Ukraine. The statement was made ahead of a round of Russian-Ukrainian talks in Istanbul. We figured out what is behind Ankara's mediation activity and how Ukrainian events affect its allies in the South Caucasus.

The two-day meeting of the delegations, scheduled for March 29 and 30, will be the second in Turkey since the start of the Russian special operation: before that, the Foreign Ministers of Russia and Ukraine had already talked in Antalya in the presence of a Turkish colleague. 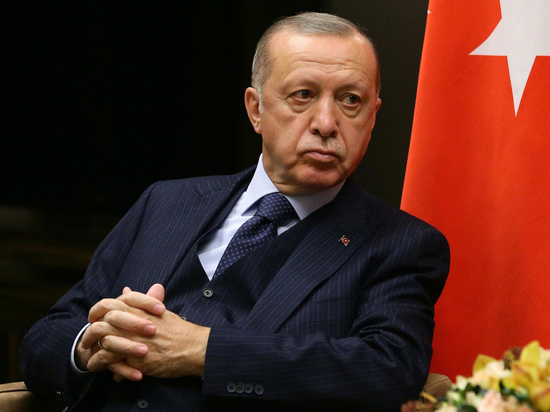 Shortly before the talks in Istanbul on the situation in Ukraine, disturbing news began to arrive from another troubled region. In particular, as the Ministry of Defense of the Russian Federation stated, the Azerbaijani troops in the Nagorno-Karabakh region violated the trilateral (Baku-Yerevan-Moscow) agreement signed in November 2020, entering the zone of responsibility of the Russian peacekeeping contingent. The Azerbaijani Foreign Ministry, in turn, denied these data, speaking of commitment to the agreements. Without stopping at this, Baku stated that the position voiced by Moscow contradicts the Declaration on Allied Cooperation (signed on February 22 of this year), and also pointed out a grammatical error in the spelling of the name of the settlement Farrukh, which became a stumbling block.

Despite the fact that Turkey, even during the war in Karabakh in 2020, did not take a direct part in the hostilities, its political support, as well as the supply of weapons to Azerbaijan, has always been a serious help for the Transcaucasian republic. It is not surprising that some observers saw a Turkish trace in Baku’s current activity and the subsequent rhetorical “hairpins”: allegedly, without the sanction from Turkish President Recep Tayyip Erdogan, the Azerbaijani authorities would hardly violate peace agreements with Russia. The problem is that, according to the point of view of official Baku, nothing has been violated on its part.

The actions of the Azerbaijani troops were, so to speak, warmly received in Ukraine. Oleksiy Danilov, Secretary of the Ukrainian National Security and Defense Council (NSDC), reiterated that “the opening of additional fronts in the sphere of Russian interests in the territories of other countries would greatly help” his country. “After Nagorno-Karabakh introduced martial law on its territory today (March 26. -“MK”), I can say that events are really taking place there,” said the representative of Kyiv.

However, this has not yet affected the Russian-Ukrainian negotiating track: the delegations from Moscow and Kyiv decided to arrive in Istanbul on March 28, as originally planned, and to hold bilateral meetings in the next two days. It is not yet known whether they will be attended by Turkish officials, as at the talks between Sergey Lavrov and Dmitry Kuleba in Antalya. But regardless of this, it is quite obvious that Turkey is no longer just another diplomatic platform, on a par with Belarus, but also claims to be the main “peacemaker”. “We are aware of the responsibility and trust placed in Turkey by both sides. We hope that the meetings will lead to a lasting ceasefire and the establishment of peace,” Turkish Foreign Minister Mevlet Cavusoglu said shortly before the Istanbul talks.

Turkey’s desire to act as a kind of arbitrator, without unambiguously accepting one or another position , experts associate, first of all, with the regional interests of Ankara itself and the unwillingness to lose profits anywhere.

“Erdogan, of course, wants to maintain good relations with both countries. In Ukraine, he made good money by supplying weapons there, including Bayraktar attack drones, creating military-political structures like Quadriga (the negotiation format of Ankara and Kyiv at the ministerial level, originating in 2020.– “MK »), and much more,” said Semyon Bagdasarov, director of the Center for the Study of the Middle East and Central Asia, in a conversation with MK. – At the same time, Erdogan does not want to lose the investments that Russia makes in the Turkish economy, which is about $6.5 billion, due to the special operation. Therefore, Ankara maneuvers from the point of view of Turkish national interests, while simultaneously solving its problems in the South Caucasus, and, I believe, depending on the development of the situation in Ukraine, may ultimately solve the problems also in Syria.

By taking on the role of a “peacemaker”, Turkey is purposefully increasing its influence, and it is worth recalling that proposals to transfer negotiations from Minsk to Istanbul were made earlier, even before the start of the military special operation.

< p>Igor Korotchenko, editor-in-chief of the National Defense magazine, noting Ankara's desire to strengthen its authority through peacekeeping activity, expressed doubts about the direct effectiveness of the negotiations as such. “Turkey has been making attempts to offer itself as an intermediary since the very first days of the Russian special operation in Ukraine. Nevertheless, despite Russia's agreement to use the Turkish negotiating platform, the success of this process depends not on the position of Moscow or Ankara, but on how Kyiv formulates its approach. I personally doubt that the negotiations will be successful, since the demands put forward by Ukrainian President Volodymyr Zelensky are unacceptable: he talks about the need to meet with Putin and sign an agreement on the withdrawal of Russian forces, which is impossible in principle,” the expert said.

According to Igor Korotchenko, the operation carried out by Russia will be continued, and even during the period of negotiations, and the new round in Istanbul, like the subsequent ones, will not lead to a change in the situation. “Until the military machine of Ukraine reaches a state where Zelensky realizes that he does not have the strength to conduct hostilities, progress in the diplomatic field is impossible. The role of Turkey, which is trying to balance, of course, can be assessed positively, but, I repeat, the main thing in this case is not the mediation of any party, but an inadequate assessment of the objective realities by the Ukrainian leadership,” the expert concluded.

As for Nagorno-Karabakh, where the interests of Turkish allies in Baku and Moscow (already in this case acting as a mediator and guarantor of security) clash, then, according to Semyon Bagdasarov, Baku is using the Ukrainian crisis for its own purposes, and incidents like the recent one, there will certainly be more – and in the future this will affect not only the Transcaucasus.

“Azerbaijan’s recent activity can be linked directly to the statement of NSDC Secretary Danilov, who earlier actually called on the countries of the post-Soviet space to intensify their actions to weaken Russia: in Georgia, in Transnistria, in Karabakh (in addition, he supported the idea of ​​the Polish General Waldemar Skshipchak about “returning” Kaliningrad – “MK”), the expert recalled. — The Georgian leadership immediately made its position harsh, making it clear that it did not need it (both government officials and the opposition spoke out against the idea of ​​a “second front” in Georgia. —“MK”).

The Azerbaijani side is well aware that Russia is now not up to Nagorno-Karabakh, not up to the South Caucasus, since all its efforts are currently focused on the Ukrainian direction. Against this background, Baku is trying to solve its previous tasks.

It is also indicative that the statement of the Azerbaijani Defense Ministry called into question the very Russian position on the recent events in Karabakh. Until relatively recently, such a thing was in principle difficult to imagine. This indicates that if Moscow does not quickly resolve the Ukrainian problem, then such “surprises” will appear regularly, and even not only in the post-Soviet space.”

Military political scientist, Associate Professor of the Department of Political Science and Sociology, Russian University of Economics. Plekhanov Alexander Perendzhiev, commenting on the incident in Farrukh, stressed that it is hardly appropriate to consider it in the geopolitical plane.

“If it was a provocation, then why are there no clashes on the borders of Armenia and Azerbaijan? — said the expert. – Demarcation and delimitation in the border zone has not been carried out, it is there that serious incidents would be possible, if one of the parties so wished. In Farrukh, obviously, it was a matter of misunderstanding on economic issues. The Armenian population does not live in this point, but they graze cattle nearby. Obviously, the Azerbaijani side wanted to carry out some work there related to the local infrastructure; in principle, civilians could also carry them out, but, given the situation, it was probably decided to involve the military as a safety net. But it is superfluous to see political overtones here, such speculation will only create new problems.