“At this time, the appearance of such an Agreement would be extremely surprising”

On the eve of the fourth round of Russian-Ukrainian negotiations, encouraging news began to arrive from different sides: a compromise is possible and even its main outlines are clear . Such conclusions can be drawn on the basis of an interview with Mikhail Podolyak, an adviser to President Zelensky who takes part in the negotiation process. Now many are waiting for “light at the end of the tunnel”, so the optimistic forecasts of the representative of the Ukrainian president could ignite a “spark of hope”. Could… If not for the details of these revelations, which cut down all optimism in the bud. 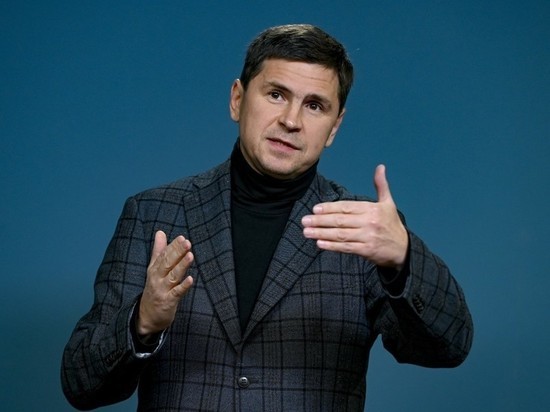 So what exactly did Mikhail Podolyak say about the emerging progress? Without going into details, he said that the main parameters of future agreements had already been outlined. “We discussed all the issues, we are now trying to pack these issues into some legal formats,” he says. The Ukrainian side in this process is interested in several aspects: the cessation of hostilities, the withdrawal of Russian troops, compensation for the damage caused and the provision of guarantees that this will not happen again. The Ukrainian media previously reported on the conditions set by Russia – Ukraine's recognition of Crimea as part of the Russian Federation, Kiev's recognition of the independence of the DPR and LPR within the administrative boundaries of the regions, and the status of the Russian language. And again, security guarantees for Russia, which should be the “denazification” and “demilitarization” of Ukraine, including the refusal to move to NATO.

As follows from Podolyak's further revelations, Ukraine is ready to talk about its neutral status, but not about complete “demilitarization”. Because, according to him, “we want to have a full-fledged good army that will have a defensive defensive potential. We see that it is necessary in the modern world.” Even more interesting is the “denazification”, which, according to the negotiator, “is no longer discussed at the negotiations.” Since “the Russian delegation proceeded from the false premise that we have some kind of glorification of fascism, Nazism, and so on. In our country, as it turned out… there are a number of European laws, where full-fledged prohibitions and condemnation of all manifestations of Nazism and fascism are written down. It is these two points that put an end to the optimistic forecasts of a speedy completion of the negotiations. There are laws prohibiting the glorification of fascism in Ukraine. But there are also torchlight processions, Nazi battalions, which are now preventing the exit of civilians along the humanitarian corridors, Bandera and Shukhevych streets. After all, we are not talking about what is written somewhere on paper, but about what exists in real life. There were also “Minsk Agreements”, but no one noticed them successfully for 8 years in Ukraine … Last night, President Zelensky again made a speech in which he openly threatened with reprisals to everyone who is now trying to “cooperate” with the Russian side. For example, the acting mayor of Melitopol, Galina Danilchenko, who, after the transfer of the city under the control of Russian troops, urged residents to start “improving life”. As it turned out, these appeals are not relevant in Ukraine now. An unenviable fate awaits all peacekeepers. And what then should be the “legal formats” to prevent this from happening?

There is no such talkative speaker on the Russian side who could outline the parameters of future agreements with Ukraine. There are only words that “there is progress.” And where and how fast we are moving – in complete fog. According to deputy director of the Institute of CIS Countries Vladimir Zharikhin: “The words of Zelensky’s adviser are just an element of bargaining during negotiations. To consider it as something real, I would not. It seems to me that the negotiations will last a little longer than Mr. Podolyak says.” Director of the Institute of Peacekeeping Initiatives and Conflictology Denis Denisov shares the same opinion. According to him, “in the realities that we can observe at the moment, the wording voiced by the representative of the negotiating group from Ukraine is bewildering. Maybe they would like to see such clauses in the document, but at this time the appearance of such an Agreement would be extremely surprising. It can be assumed that this is just a propaganda mechanism for demonstrating its position to the Russian side. Let's wait for the comments of the negotiators from the Russian side in order to understand how close this is to reality.”