“One battalion in such a sector of hostilities is a zilch”

Slovak Prime Minister Eduard Heger confirmed the information that appeared earlier in a number of media about the transfer of one battalion of the S-anti-aircraft missile system to Ukraine 300 more Soviet-made from the armed forces. 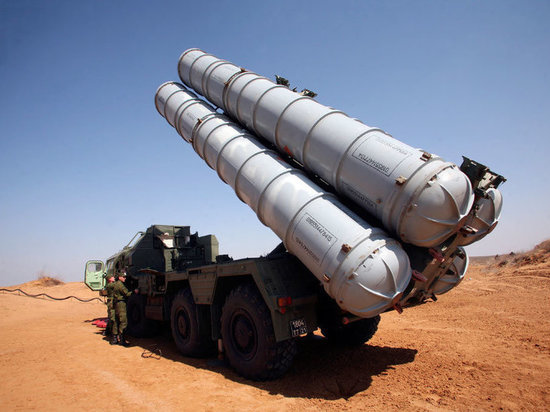 The transfer operation reportedly took place “secretly and free of charge “. At the same time, military expert Mikhail Khodarenok, in his Telegram channel, called this “top-secret” assistance to the Kiev regime “another useless supply of weapons that will not help Ukraine win, but only aggravate the situation.”

Mikhail Khodarenok recalled that in Slovakia these complexes “almost always stood under cloth and went to the exercises once every five years.” The Slovak S-300PMU of the 1982 model can work against modern cruise missiles and aircraft, although it can, but at a very short range – less than 200 km. And taking into account the interference of the electronic warfare system, even less.

In addition, Khodarenok believes, “one division in such a sector of hostilities is zilch.” “It's not enough even to cover a small town like Izyum,” he said. Moreover, he noted, “the Russian Aerospace Forces have a whole arsenal of missiles guided by radar radiation. And as soon as these complexes are brought closer to the front line, they will be covered by an air strike or artillery.”

In turn, another expert, the former head of the anti-aircraft missile forces of the Special Forces Command (Moscow Air Defense District), reserve colonel Sergei Khatylev, also expressed strong doubts that the transfer of old Soviet systems to Ukraine could fundamentally improve its air defense capabilities. He recalled that for 15 years nothing has been heard about what is happening with these old systems, how they are maintained and repaired. According to the expert, their condition today is deplorable, as the service life is going through the roof.

That is, it turns out that the Prime Minister of Slovakia, Eduard Heger, quite successfully used the moment to get rid of junk under promises to receive an air defense system in return from the United States Patriot. Indeed, the head of the Slovak Ministry of Defense, Yaroslav Nagy, said on Friday that the fourth Patriot complex will arrive from the United States next week, after which “the security and defense of Slovakia will be fully provided.”

Far from people agree with this all. Former Prime Minister of Slovakia (2006-2010 and 2012-2018) Fico called the decisions of his colleague insane, saying that the country is losing its air defense system, which is better than the American Patriot, but besides, for the sake of the interests of the United States, it is drawn into a war that is not has nothing to do.