In France, the assets of Russian “oligarchs” were “immobilized” for €850 million, including two yachts of €150 million each 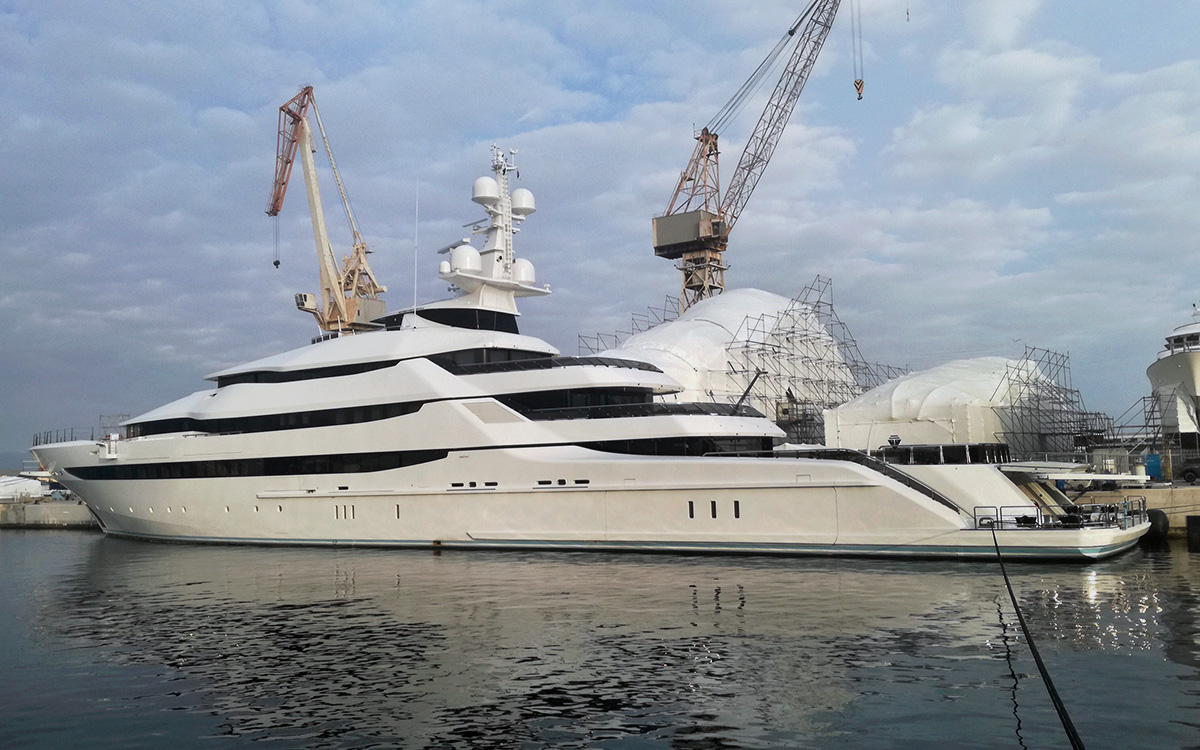 The Amore Vero yacht in the port of the Mediterranean resort of La Ciotat, France

French authorities since the beginning of March blocked the assets of the Russian “oligarchs” 850 million euros, which were in French jurisdiction, said the Minister of Economy and Finance of the Republic, Bruno Le Maire, on the air of the Grand Jury program, RTL reports.

“It’s almost a billion euros, or rather— €850 million who were immobilized»— said Le Maire.

The minister clarified that this refers, in particular, to €150 million held in accounts in French banks, another €539m was the value of about 30 blocked properties and two yachts worth €150m. Le Maire stressed that these accounts and properties are not seized in the legal sense of the term, but their owners are not yet entitled to dispose of them, sell them or receive income from them.

In early March, Le Maire spoke about arrest in the port city of La Ciotat of the yacht Amore Vero, which belongs to a company whose main shareholder, according to Paris, — head of Rosneft Igor Sechin. “A yacht owned by a Russian oligarch has been arrested. Thanks to the French customs officers who ensure compliance with EU sanctions against those close to the Russian authorities,— noted the minister.

The ship arrived at the port on January 3 and was supposed to stay in the port until April 1 for repairs, the French Ministry of Finance said in a communiqué. At the time of the inspection, the ship was preparing to sail before the completion of the planned work, the ministry said, the yacht was arrested for trying to leave the territorial waters of the country in the context of the imposed restrictive measures.

At Rosneft told RBC that Sechin “does not know if he has any company that owns this facility.” Such messages are “stuffing”, the company continued.

and other adventures of Shurik»:

— Announce the entire list, please!»— reported in the company.

The European Union imposed sanctions at the end of February. The sanctions list includes the head of Promsvyazbank Pyotr Fradkov, businessmen Gennady Timchenko, Mikhail Fridman, Alisher Usmanov and other businessmen, officials, media workers and the military.

US President Joe Biden has warned that Washington will join forces with European allies to “investigate the crimes of Russian oligarchs.” “[We intend to] take your yachts, your luxury accommodations, your private jets. We are going after your ill-gotten riches, — Biden said.

French authorities had arrested one Russian yacht and three vessels by March 4, Russian Ambassador Alexei Meshkov said. According to him, they are arrested almost “without any explanation.” “When the judiciary will make some decisions, no one can predict,” — diplomat added.

In the port of Hamburg, German authorities confiscated the yacht of Russian businessman Alisher Usmanov, the founder of USM Holdings, in early March, three sources told Forbes. According to the publication, we are talking about the 156-meter yacht Dilbar, its value is estimated at almost $600 million.

At the request of the Spanish Ministry of Transport, the Valerie superyacht was arrested in the port of Barcelona at the request of the Spanish Ministry of Transport, InfoLibre reported in mid-March, the ship was being tied up with the head of Rostec Sergei Chemezov. The yacht is valued at $140 million, according to the publication. According to a ministry order cited by InfoLibre, the yacht will be held until authorities are satisfied that it is “not owned, held or controlled by a person or entity” included to the EU sanctions list. In “Rostec” called the publication “a fake, a deliberate lie”; and an element of the “campaign to discredit” Russia.