An unidentified flying object, a UFO, fell on the territory of Croatia. According to photographs posted from the scene of the emergency in Zagreb, experts suggested that a Soviet-designed Tu-141 drone had fallen. Such devices could remain on the territory of Ukraine after the collapse of the USSR. “MK” asked the Air Force General to comment on this version. 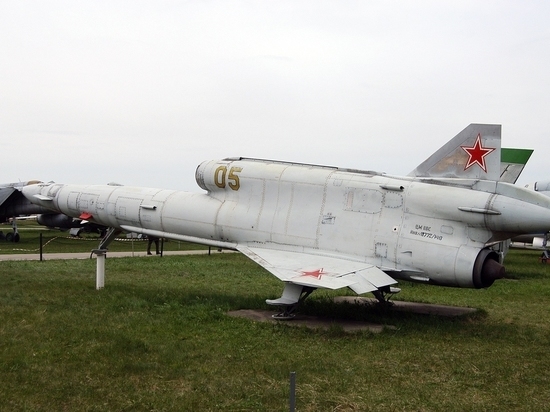 Indeed, a whole family of jet unmanned reconnaissance aircraft Tu-141 “Swift”, Tu-142, Tu-143 was created in the USSR. Then, in the unmanned theme, our country was much ahead of even the Americans. Later, in the 1990s, we lagged far behind others. One squadron of drones was part of the Group of Soviet Forces in Germany, in the north of the GDR. Flying at high altitude along the border with Germany, drones collected information about NATO, looking deep into the territory of the neighboring country.

So where did this “hello from the past” come to Zagreb? The former head of the Federal Directorate of Aerospace Search and Rescue, Honored Military Pilot of the Russian Federation, Candidate of Technical Sciences, Major General Vladimir Popov believes that the unmanned aerial vehicle could well have flown from the territory of Ukraine.

– In service with the Soviet Air Force, – he said, – there were unmanned reconnaissance aircraft. One separate squadron was stationed in the Baltic States, it was then transferred to the Moscow region. The second is in the Far East. And one more – in Ukraine. After the collapse of the USSR, unmanned vehicles remained there. There were few of them, about 12-15 cars of this class.

– Quite. There is a concept of combat radius. It is calculated taking into account the need to return the device to the place of departure. The combat radius of the Tu-141 is 350-500 kilometers, depending on the external fuel tanks. And if in a straight line, then it can fly more than a thousand kilometers.

– These devices even then had their own navigation system. There was no GLONASS or GPS yet. The devices flew according to a predetermined program using a semi-automatic, inertial control system. Strictly according to the given coordinates and the specified turning points.

Perhaps somewhere there was a failure in the electronics, something could be missed in programming. The system is outdated. And the device, as in that song – “went to Odessa, but went to Kherson”, deviated from the given route. That is, he got out of obedience to the control system.

In principle, the calculation of the operators could directly control the device using the locator. But the range of radar visibility from the ground is no more than 250-300 kilometers. That is, if the drone worked at the maximum distance, then it is easy to lose control over it.

By the way, there were similar cases in Soviet aviation, including manned aviation. Once a pilot in the Northern Group of Forces, over Poland, misjudged the situation in flight, let's say, got scared, and ejected from the MiG-23. And after that, the plane flew in unmanned mode several countries and landed in Belgium when the fuel ran out.

An unknown object that fell in Zagreb was filmed on video

Watch the video on the topic < /p>