For 14 hours of the ONF and Soloviev LIVE marathon, the Russians collected more than 67 million rubles for the Donbass fighters

On Thursday, June 23, listeners of Vesti FM radio and viewers of Soloviev LIVE broadcast could participate in charity marathon. The All-Russian Popular Front (ONF) and Vladimir Solovyov called the fundraiser “The truth is behind us. Everything for the Victory! Only in the first half hour of the marathon, the Russians transferred to the accounts of the “Popular Front. Everything for the Victory” 3.3 million rubles, and in total 67 million 85 thousand rubles were collected in support of the defenders of Russia. More than 32 thousand 300 citizens and organizations of the country made money transfers in support of the military units of Donbass, the press service of the ONF reported. 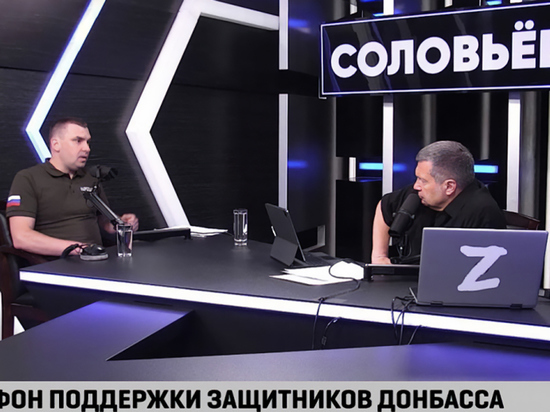 “Fighters of the LPR and DPR need body armor, helmets, thermal imagers, night vision devices, binoculars. The special operation began in winter, now it's summer – a different uniform is needed. When people saw me that I was doing this with the Popular Front, my phone was melting from calls – Denis, how can I help, where should I send it? Today I got a call from Lipetsk – there is a powerful generator, let them come and pick it up. Siberia, the Urals, they call from everywhere. It is very important now to join and participate on pobeda.onf.ru, where the camp is taking place,” said WBA and IBF world boxing champion Denis Lebedev.

“This is the first such marathon. In our main song, Victory Day, there are the words: “We brought this day closer as best we could.” And I felt them in a completely different way today, because everything that ordinary people collect is a contribution to saving lives. And the Popular Front, as a presidential movement, helps to quickly purchase the necessary things, quickly deliver them to the unit,” said Mikhail Kuznetsov, head of the Executive Committee of the Popular Front. and in the special section “Words of support for the fighters”, people wrote messages for Russian servicemen and militiamen of the republics of Donbass, and the hosts of the marathon read them out live.

During the marathon, Vladimir Solovyov announced a permanent collection of the Solovyov Live project called “Fly, brothers!”. The collection is open for modern quadrocopters for the Donetsk and Lugansk People's Republics.

“Thanks to drones from the Popular Front, 11 units of equipment, including the latest, were destroyed specifically by our battalion. Everything that the Russians send us today reduces the number of casualties among the personnel. When we have “eyes” and “ears” in the form of copters, we make decisions more quickly on the spot and effectively carry out combat missions on the battlefield,” said Yuri Gagarin, a soldier from the special assault regiment of the Marine Corps, a volunteer from Chelyabinsk, who received callsign “Angel” for saving more than 300 children in Mariupol.

As noted in the press service of the ONF, transfers to the accounts of the “Everything for Victory” project during the marathon came from both legal entities and ordinary Russians, but 90% of the proceeds were from people. The maximum amount of payment received from an individual in the collection was 1 million rubles.

People's Artist of Russia Dmitry Pevtsov, curator of the gathering for the Berkut brigade, called on Russians to support the defenders of Donbass with any amount. “Our guys, together with the fighters of the DPR and LPR, are now protecting us from Nazism. It is our direct duty to do everything possible to help them,” he said.