What is the risk of prolonging the confrontation

On Tuesday, in Istanbul, by agreement between Putin and Erdogan, face-to-face talks between the delegations of Russia and Ukraine are to take place. A month ago, a piece of news of this nature would certainly have aroused in me a considerable fit of enthusiasm. And today it causes rather tired indifference. In the overall big picture of the confrontation in Ukraine, the negotiations between Moscow and official Kyiv have turned, if not into a secondary and peripheral, then certainly into a supporting plot.

It is immensely sad, but at the same time absolutely logical. The best incentive and catalyst for the negotiation process is a complete and unconditional victory on the battlefield. As long as this is not the case, everything will continue to be decided “on the ground” – on the same battlefield. But there is also parallel logic in the situation, the presence of which must also be very soberly realized. 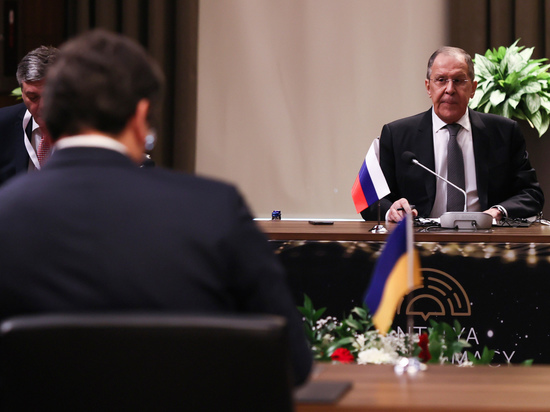 When the First World War began in August 1914, most of the then politicians and political thinkers were convinced that it would last, if not weeks, then months. The war ended up lasting more than four years.

What is more important – the process or the result? The debate on this topic is almost as existential as the debate about which comes first, the chicken or the egg? But now we are not interested in existential philosophical problems, but in completely practical political moments.

And this is what these moments testify to. If the military phase of the confrontation acquires a positional character and drags on for an indefinite period, then gradually this confrontation turns into an end in itself, and the actual goals that served as its trigger go somewhere into the realm of the abstract.

With the current conflict in Ukraine, this probably has not happened yet. But all the dangerous signs that this is possible are already there. Each new day of armed confrontation gives rise to a cascade of events, some of which, in turn, cause their own cascade of events.

For example, there is more and more evidence of cruel abuse of Russian prisoners of war. What does this mean in terms of the further coexistence of the two countries side by side – coexistence, of course, no longer as friends and brothers, but at least as mere neighbors?

Or let's take an example from a seemingly somewhat different area. Biden said “Putin cannot stay in power.” The State Department immediately hurried to clarify that the US president once again put it poorly. But the word (especially the word of Biden) is not a sparrow, it is already unrealistic to catch it. The phrases “fifth column” and “national traitor” entered the lexicon of the Russian government even before this statement by the American leader. But now the stigma of “Biden's henchman” and “American agent” will be attached to many Russian “disaffected” with even greater swiftness than before.

To some extent, these arguments of mine are also an absolute abstraction. The world that existed before February 24 is now as far away from us as the world that existed during the time of the ancient Greeks. But in an era when most of the usual life constants suddenly cease to be such, it is especially important to distinguish between what has already irrevocably gone into the past, and what can and should still be preserved.

Even if the armed confrontation in Ukraine suddenly ends tomorrow, this will only make tactical adjustments to the new powerful political, ideological and economic confrontation between Russia and the West.

The “word of the day”, which best characterizes our relationship, is the English term decoupling – undocking, disengagement, separation. In 1959, French President Charles de Gaulle declared: “The whole of Europe from the Atlantic to the Urals will decide the fate of the world!” It won't, unfortunately. The idea of ​​”a united Europe from the Atlantic to the Urals” (or even to Vladivostok), if not completely dead, then plunged into many years of suspended animation without any guarantees of a happy awakening.

But should we look at tactics – or, in this case, on “tactical adjustments” – condescendingly? The longer the armed confrontation in Ukraine continues, the more monumental these “tactical adjustments” will be. The Law of Unforeseen Consequences has not been repealed. We do not know what will happen tomorrow and how this will affect what will happen the day after tomorrow.

In this regard, I would like to wish success to the negotiators in Istanbul. It is not true that hope dies last. My hope for an early success in Russian-Ukrainian negotiations is almost dead. We have to be realistic: ahead of Ukraine, very possibly, they are waiting for another week of armed confrontation. I hope (again that word!) that at least only weeks. The main thing is that it does not turn out the way it did in 1914, when weeks stretched into months, and months into years.