The exercises of the territorial troops of Minsk will be held on August 27, during the maneuvers, the participants “will work out issues to strengthen the protection of important facilities in the capital.” The General Staff previously instructed to call up more than 300 conscripts to the defense in Minsk 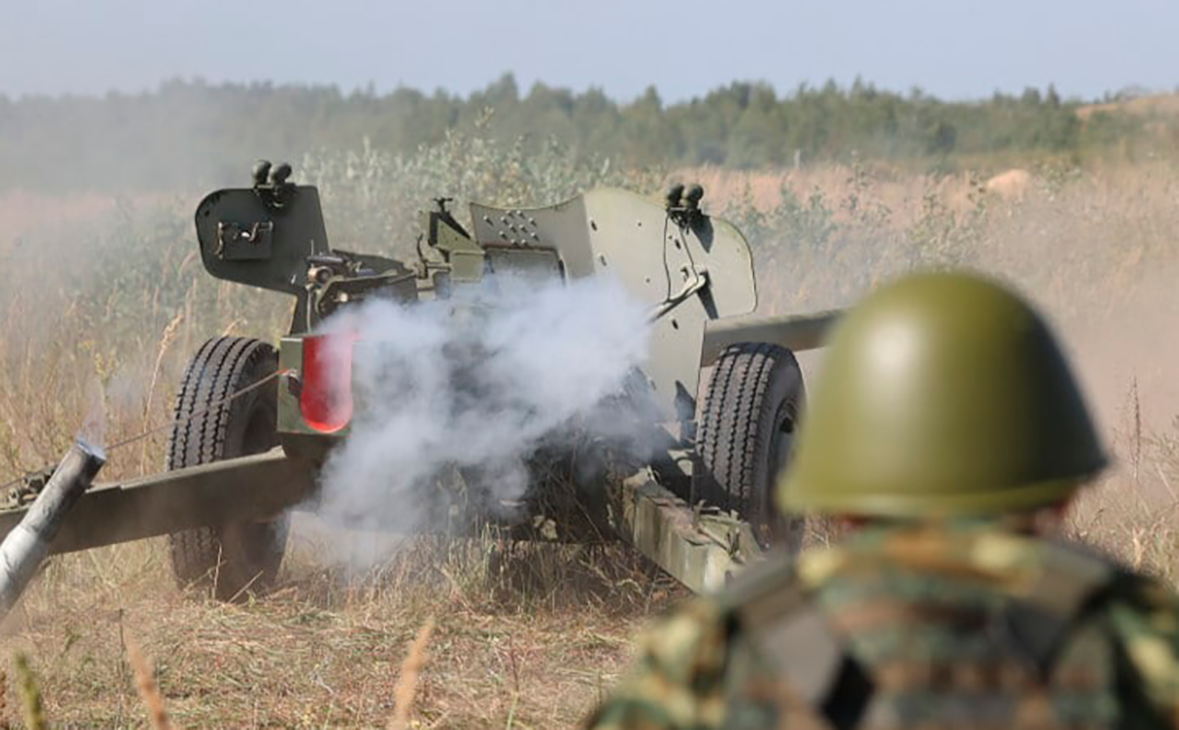 Command-staff exercises of the territorial defense of Minsk will be held in Belarus on August 27, the Ministry of Defense of the Republic reports on Telegram.

According to the head of the territorial defense department— Andrey Matievich, Deputy Chief of the General Staff of the Armed Forces, during the maneuvers “a number of issues will be worked out to strengthen the protection of important facilities in the capital.” The Ministry of Defense did not give the number of participants in the exercises.

RBC sent a request to the press service of the Ministry of Defense of Belarus.

The department reported that now the country continues to check the territorial troops of Minsk. In particular, on Thursday they fired from MT-12 anti-tank guns at the Osipovichi training ground, BelTA informs.

The first stage of the inspection of the Minsk territorial defense bodies took place in January, the second began on August 9. As the Chief of the General Staff of the Armed Forces Viktor Gulevich reported, the mayor of the capital, Vladimir Kukharev, was given the task of forming the territorial troops of the Soviet, Pervomaisky and Central regions with the call-up of more than 300 conscripts.

Read on RBC Pro Pro Ozon reached operating break-even. What will happen to the marketplace promotions Articles Pro How to make friends with colleagues and why you need it at all: four tips What managerial mistakes deprive employees of motivation in difficult conditions Why and what to do Instructions Pro 8 million employees worked in foreign companies. What's Happening to Them Articles Pro Rich Retiree: How to Save Millions in a Low-Paid Job Articles

Territorial troops in Belarus began to form in 2011: then President Alexander Lukashenko signed a decree “On approval of the regulation on the territorial defense of the Republic of Belarus”.

In the same year, the territorial defense department was created, which is subordinate to the chief of the General Staff . The tasks of the territorial defense include the protection of objects; performance of individual combat missions together with formations and military units of the armed forces in repelling armed aggression; conducting armed struggle in the temporarily occupied territory; participation in strengthening the protection of sections of the state border.

In August, Belarus, together with Russia, will conduct joint exercises on the territory of the republic, as well as at the Ashaluk training ground in the Astrakhan region. The purpose of the maneuvers — to increase the coherence of formations and military units in the performance of combat missions, the Ministry of Defense reported. Before that, in the Gomel region, bordering Ukraine, mobilization exercises were held with military commissariats. Lukashenka assured that they do not pose a threat to other countries.