Senator Klishas believes there is logic in such a proposal

History is sometimes called the science of the future. With regard to our state-building, this paradoxical idea should be taken literally: all the new ideas that have appeared in this area lately are not too well forgotten old ones. The same line of “return to basics” is continued by the most “fresh” idea. “Our Committee received a letter from the National Anti-Corruption Committee with a proposal to return the article on sabotage to the Criminal Code,” Senator Andrei Klishas said on Friday. 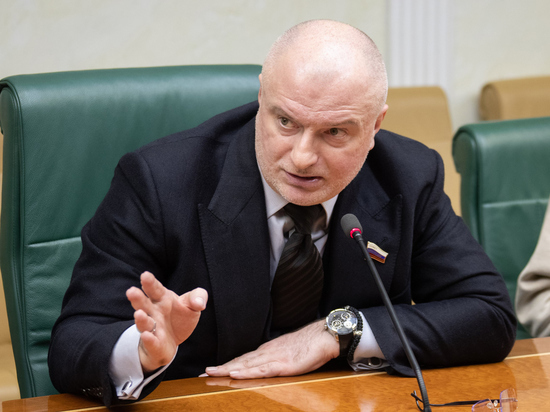 The grain clearly fell on the prepared soil. There is no doubt that a lot of letters come to the Committee of the Federation Council on Constitutional Legislation and State Building headed by Klishas. But not all of them are honored with an announcement. And even fewer such assessments. “The proposal at least deserves serious discussion,” writes Klishas in his Telegram channel. “There is logic in such a position … When you look at the “successes” of our departments in import substitution and other areas, I would very much like an article on sabotage in the Criminal Code return, that's it”.

A little later, speaking on the radio, the senator added that the proposal of the NAC would not go unanswered by the upper house: “In any case, we will discuss this in the fall. This is a serious issue that requires a meaningful, substantive answer.”

In a letter published by Klishas, ​​Chairman of the National Anti-Corruption Committee Kirill Kabanov complains that “officials responsible for the dishonest performance of their duties, which led to a decrease in the country's defense capability, a negative impact on domestic industrial and financial markets, disruption of the state order, etc. and etc., cannot be held liable in the absence of direct material damage.”

And he gives a specific example: “Due to the inefficient implementation of the import substitution program and the sanctions imposed against our country, due to the lack of specific components, the Russian defense industry has lost the ability to produce strategic weapons, which can have a direct impact on the situation of the NMD. Persons responsible for the implementation of a specific tasks, did not commit theft and abuse of office, but their managerial position caused significant harm to the country's defense capability.

In general, a crime is without punishment. The head of the NAC proposes to restore justice by supplementing the current Criminal Code of the Russian Federation with Article 58-7 of the Criminal Code of the RSFSR as amended in 1926 (this provision appeared in it in 1927). – “with a change in its disposition, taking into account modern realities and the legislation of the Russian Federation.”

In its original form, this rule looks like this: “The undermining of state industry, transport, trade, money circulation or credit system, as well as cooperation, committed for counter-revolutionary purposes by appropriate use of state institutions and enterprises or by opposing their normal activities, as well as the use of state institutions and enterprises or opposition to their activities, committed in the interests of former owners or interested capitalist organizations, entail the social protection measures specified in Article 58-2 of this Code.

For reference: “measures of social protection specified in Article 58-2” is “execution or declaration of an enemy of workers with confiscation of property and deprivation of citizenship of the union republic and, thereby, citizenship of the USSR and expulsion from the borders of the USSR forever, with allowing, under extenuating circumstances, a reduction to imprisonment for a term not less than three years, with confiscation of all or part of the property.

According to Andrei Klishas, ​​the proposal of the head of the NAC expresses a growing public demand. The people, they say, are very dissatisfied with negligent officials. And it's hard to argue with that. It is more difficult to agree with the senator's statement that the revival of the “wrecking” article will not hit the masses themselves, as it was in the Stalin era.

Yes, there were excesses, Klishas admits: the then law enforcement officers “with a very wide net” captured “everyone they wanted to throw into these millstones.” But the repetition of mass repressions in modern Russia, according to the senator, is impossible, because “we have a constitutional state, the Constitution operates.”

Then, after all, there was also a constitution – and very progressive for its time – and laws. However, political expediency came first. “Why did Stalin need “sabotage”?” the philosopher, historian and sociologist Vadim Rogovin reasoned in his work “1937”. Stalin's version, which had a far-reaching aim, aroused a certain confidence, if not among sophisticated politicians, then among ordinary people.

It made it possible to explain the fact that the broadcast assurances of the onset of a “happy life” came into striking contradiction with what people saw and felt around them at every turn. Except for a narrow stratum of the Soviet aristocracy, few people in the country began to live “better and more fun” even compared to the terrible years of the first five-year plan. Therefore, it was necessary to explain the failures of Stalin's policy by the machinations of pests, in other words , to transfer the accumulated discontent of the people from Stalin and his inner circle to lower-level leaders.”

< p> Something prompts, as this time searches guilty of failures will not go too high. They will usually go – the way it is customary with us, as it is reflected in the old joke: “The switchman is to blame,” the authorities decided. “Junior switchman,” the senior switchman clarified.