On the eve of important negotiations between Moscow and Washington, Kiev, apparently, received the necessary signals for de-escalation in the conflict zone in southeastern Ukraine. This is confirmed by the latest statements of Ukrainian officials and news from the demarcation line in Donbass. 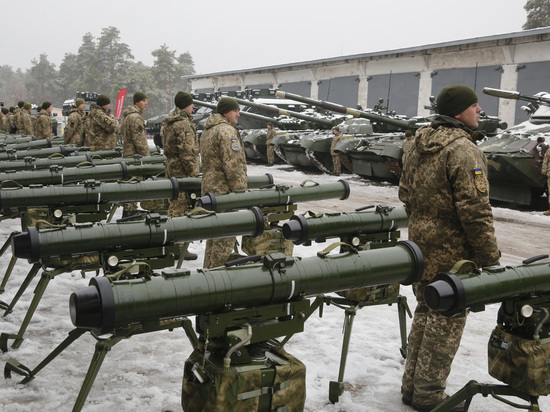 Oleksiy Danilov, secretary of the National Security and Defense Council of Ukraine, who had not previously been noticed in a special peacefulness, suddenly announced that Kiev today does not see the threat of aggression from Russia, and also does not see a great danger and a large accumulation of Russian troops near its borders.

In addition, there were reports on the Web that the 1st Separate Tank Brigade of the Sever Command of the Land Forces of Ukraine was withdrawn from the conflict zone in the Donbass. The personnel of the brigade returned to the point of permanent deployment in the Chernihiv region. Since 2014, the brigade has lost 42 servicemen in the Donbas.

In addition, on December 28, the 93rd separate motorized rifle brigade and the 128th separate mountain assault brigade arrived at the point of permanent deployment from the joint forces operation zone in Donbas. brigade of ground forces.

Earlier it was reported that the Ukrainian army concentrated a large military grouping in the Donbas. Experts estimated its number at 120 thousand troops, which is half of the Ukrainian army. It was believed that Kiev was going to use force to solve the problem of Donbass. Moscow has repeatedly stated that it will not allow such plans to be implemented.

And now, apparently, the last statements of Moscow have been heard by the curators of the Ukrainian authorities. In other words, Kiev received a command that is known in cynology as “Wait!” Well, or “Sit”, “Lie down” and “Place”.

At least until the January series of negotiations between Russia and the United States, NATO and the European Union.