In Kyrgyzstan, the head of the Internal Troops of the Ministry of Internal Affairs Islambek Kenzhekulov was detained. He is suspected of stealing almost 34 million soms (about 401 thousand dollars). The money was supposed to go to the purchase of food and things for the Internal Troops, but went offshore. Three more people are involved in this case, but they are on the run. 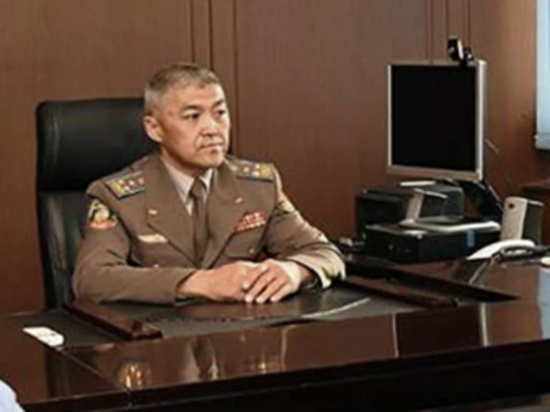 Photo: the press service of the Ministry of Internal Affairs of the Kyrgyz Republic

Kenzhekulov was placed in a temporary isolation ward of the Main Internal Affairs Directorate of Bishkek. In the next two days, the court will choose a preventive measure for him. The criminal case was initiated under several articles: 'Abuse of official position', 'Fraud', 'Appropriation or embezzlement of entrusted property on an especially large scale', 'Official forgery' and Negligence.

In addition to Kenzhekulov, the commander of the military unit Damir Ermekbaev, his deputy Kadyrbek Kubatov and the head of the financial department Nazgul Kalenbekova are suspected of involvement in the crime. According to preliminary data, all three fled to Russia. It is known that they bought tickets for a plane flying to Moscow.

For modern Kyrgyzstan, such criminal cases are the norm. President of the republic Sadyr Japarov lobbied for a law under which a corrupt official can compensate the state for all damage from his activities, and then all charges will be dropped from him. For example, the former deputy head of the Kyrgyz customs service, Raiymbek Matraimov, admitted that he caused damage to the state in 2 billion soms (about $ 23.5 million), paid them in 2 months and thus avoided jail. In addition to him, there were former deputies, mayors, prime ministers and just businessmen who paid tens of millions of soms to the state to stay free.

“ Over the year, many high-profile criminal cases were initiated against suspected corruption. Detentions take place at the systemic level. Nothing of the kind had been done before Japarov. Yes, now corrupt officials pay off the prison, but, frankly, if everyone who uses their official position for personal gain is imprisoned, there simply won't be enough prisons in Kyrgyzstan. The corruption that developed in Kyrgyzstan back in the 1990s has formed a very difficult legacy for Japarov '', & ndash; said “ MK '' Deputy Chairman of the Eurasian Generation Public Foundation Igor Shestakov … According to the political scientist, with such criminal cases, Japarov, as it were, gives a signal to corrupt officials and those who may become them that they will not be able to steal more from the budget.

Director of the Elchi Center for Social and Political Research; Denis Berdakov told MK that the fight against corruption is being carried out on such a large scale that the detention of the head of the Internal Troops of the Ministry of Internal Affairs is no longer paid much attention. “ At some point, five former prime ministers ended up in prison at once. Everyone is rowing for corruption. Only a super-political roof can be saved, which almost no one has. They catch everyone they can. Of course, the majority will compensate for the damage, but the fight against corruption is still being waged. Thus, the support of the people is won, which suffers because of the corrupt '', & nbsp; & ndash; the expert says.

According to him, Japarov’s policy is already yielding results. In particular, in 2021, the state budget received about 3 billion soms in taxes from state-owned enterprises, which before that were either unprofitable or did not bring profit. “ But they still steal … While we are at the second stage of the fight against corruption – '' punishment of criminals. At the third stage, conditions will be created so that they do not steal at all. State institutions will be extremely transparent, and the state will try to get out of the economy as much as possible, leaving only strategically important enterprises for itself '', & ndash; noted Berdakov.