On July 20, the fourth meeting of the military ministers of the sponsoring countries of the Kyiv regime is planned at the German NATO Ramstein air base. It should decide the issue of new volumes of arms supplies to the Armed Forces of Ukraine. Pentagon chief Lloyd Austin has already announced that the US will supply Ukraine with an additional 4 HIMARS MLRS. 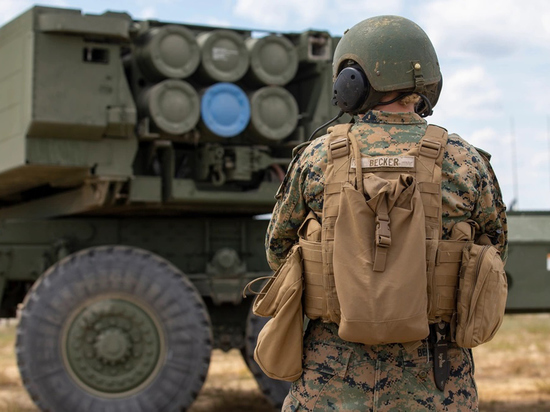 About what else can be expected from the meeting in Ramstein, “MK” was told by a military analyst, editor of the magazine “Arsenal of the Fatherland” Alexei Leonkov.

– Ukraine, of course, counts on hundreds of tanks, guns and thousands of ammunition for them, – the expert explained. – But despite the fact that the United States after the Madrid summit stated that they allegedly agreed with fifty countries on the supply of weapons to Kyiv, most likely nothing will happen.

There are a number of objective reasons here, related to the fact that the adventure that the West started in Ukraine did not assume that additional deliveries of weapons would be required, already in excess of those with which Ukraine was initially pumped. Kyiv, even before the start of the special operation, the countries of the West provided the maximum amount of Soviet weapons. They were raked out of the warehouses of all Eastern European countries, hoping that this Armed Forces of Ukraine would be enough not only to break Luhansk and Donetsk, but also to fight for the Crimea, and maybe even the Kuban.

– Not that I would have completely disposed of it. She simply hoped that torpedoing Russia with the help of Ukraine would still lead to the result she needed.

The West did not expect that Russian troops would so quickly turn all this mass of weapons into scrap metal and they would have to deal with additional deliveries, removing from their mobilization warehouses the weapons that they stored in case of a global war.

– Those behind account of which the troops of the second echelon should be equipped. There is the first echelon – this is the regular army. And the second – those people who had experience in military service. They are mobilized in the event of a war, armed, planted on equipment and supplemented by army units that are out of order. They must hold out until a general mobilization takes place in the country.

– Will not work. The military-industrial complex of both the United States and Europe was not transferred to a military footing before the start of the conflict in Ukraine. Of course, he produced something, but all this was mainly small-scale production, and also solved the issues of modernizing existing military equipment.

– They can't. The basis of any production is the energy component. The production of military equipment at the facilities of the military-industrial complex is impossible with too expensive energy prices.

– Of course. Europe succumbed to US promises that their sanctions policy would break the Russian economy. She was promised that when Ukraine hit Russia with all its military power, the Russian “defense industry” would definitely not withstand the pressure. They really hoped for it.

– I think not only about that. They will have to consider the consequences of their own adventure, which is now not in their favor.

The developers of the Ukrainian conflict, the US and the UK, are still the most insistent on arms supplies. At the same time, for some reason, the least weapons come from the UK itself. The only thing she plans to shell out for now is 4 MLRS units. Compared to supplies from other countries, this is a drop in the ocean.

– This information came from the Ukrainian media. The Americans do not confirm it. Kyiv raises a wave. He did the same with the first shipments of heavy weapons.

By the way, despite the fact that the United States is still the leader in the supply of weapons to the Independent, the Americans themselves also began to have problems with it. Kyiv's request to give him 500 tanks turned out to be absolutely unsolvable.

The Americans do not give up their tanks, which are in storage at the Pentagon. The British are not going to do this either. Poland said that she had already given everything and now she herself demands new tanks in return. The countries of Asia, which had Soviet weapons in their arsenal, also do not want to transfer them. They are pragmatic guys and ask: who will pay for all this? The Americans, of course, promise: they say we will compensate you later. They answer: money in advance.

– Exactly. And they say: logistics is also at your expense. And if you have no money and you are going to pay us with your new weapons, then in this case the scheme is the same: first your weapons, only then we will give away our old Soviet one.

– Perhaps something from small arms they will put her. Some of the 155 caliber ammunition, too, a lot of them were made in Europe. Although now something is not observed that they are already starting to sharpen new ammunition there to replace the old ones.

They have many problems. Here, for example, the same Germans: they wanted to send their Gepard anti-aircraft guns to Kyiv. And their ammunition is made in Switzerland. But Switzerland said: we will not do anything for you.

The delivery of NASAMS anti-aircraft missile systems to Kyiv can somehow solve the issue of deliveries of heavy weapons. But they will be given to the Ukrainians so little that they can only use them to cover a few especially important objects.

– Yes. Moreover, this weapon does not affect the course of hostilities, since the Armed Forces of Ukraine practically do not use it on the line of contact, but are used to shell civilian objects. The same HIMARS hit from a long distance, where our counter-battery stations do not finish off. But this problem – I won't say exactly how – is already being solved.

Such attacks by HIMARS on civilian targets are, in fact, terrorist attacks. They are led by American instructors, and performed by Ukrainian combat crews. They, of course, bring them results. But not military. Only propaganda. Kyiv presents information about these attacks in the right light: here, they say, what kind of reaction does the use of your weapons cause in Russia! All this is actively promoted in the Internet space by a number of biased bloggers. Including by promoting such information, the Ukrainians will push their position in Ramstein.

– Yes, but there were also those who said that the Russian defense industry would break down in the fight against the most powerful, richest complex of NATO countries. We had a whole galaxy of all kinds of “experts” who said: “We will not withstand this competition, they have crazy budgets, and we have a penny! The United States recently allocated $740 billion for its Pentagon. Where can we compete with our $60-70 billion?

But we compete, don't we? And successfully. But with such figures of mass deliveries of weapons, neither to themselves nor to Ukraine, something is not observed.

– I have been hearing about Lend-Lease for the second month that it has not yet begun, but very soon, literally, it is about to begin. And that's when the echelons of weapons with the inscription on the wagons: “Ukraine – from NATO” will go one after another.

– Their echelons are now actively exporting grain from Ukraine. These supplies work just fine. There is a crisis in Europe – you want to eat, the number of people who want to export Ukrainian grain is growing exponentially. Already the Baltic states are pulling their skinny little hands to grab something too.

– And so we do. In this regard, within the framework of the law, the state defense order has been increased. But I really want this increase to have broader support from the Ministry of Finance. But as far as I know, money is still being placed in Eurobonds for some reason.

– Again. And here I would like to ask: who else, besides some bloggers, works for the other side?