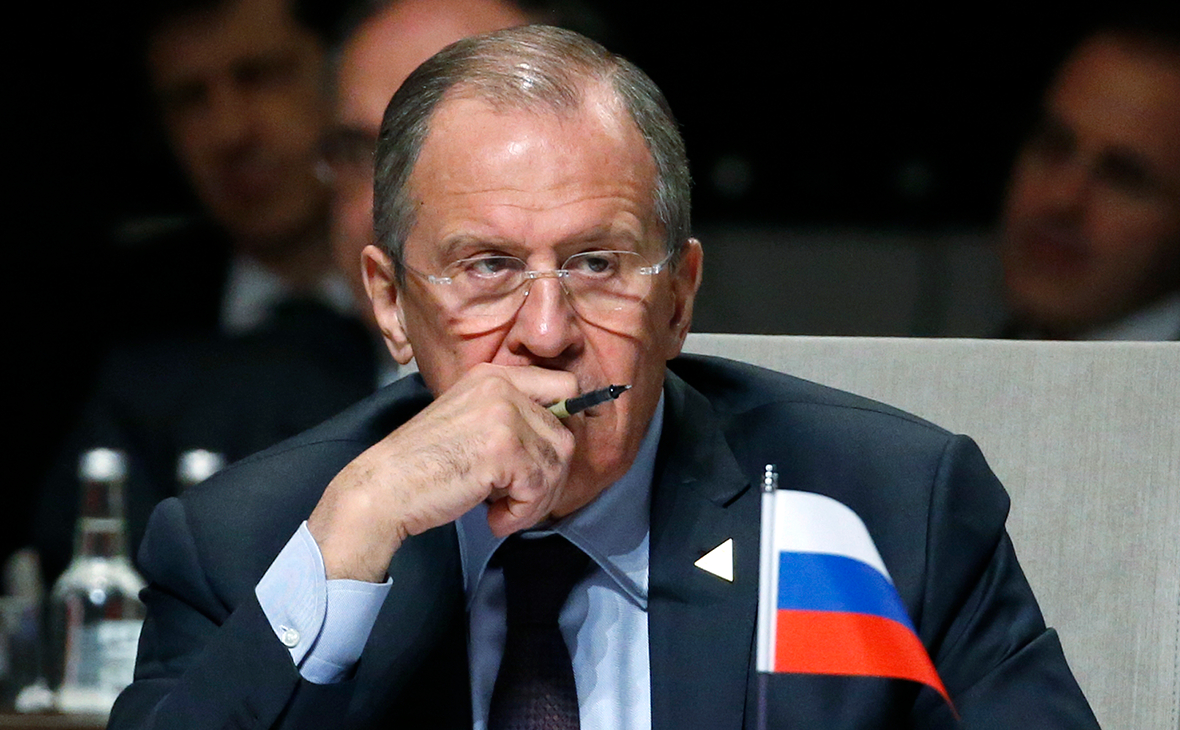 Russia will not put up with the fact that NATO has “ swung at the threshold of our house. '' About this in an interview on the YouTube channel “ Soloviev Live '' Foreign Minister Sergei Lavrov said.

“The fact that they have already swung, as [Russian President Vladimir] Putin said, on the threshold of our house, of course, this cannot leave us indifferent,” “mdash” he said.

According to him, NATO is demonstrating non-adult behavior, since in parallel with the resumption of channels of dialogue between Moscow and Washington, these channels were being cut. “ Here is this hysteria that is being arranged around Russia, & mdash; it's really hysterical, [but] not for everyone. I do not see such hysteria in respectable leaders at all, '', & mdash; Lavrov noted.

The minister recalled that NATO Secretary General Jens Stoltenberg expelled the ten employees who remained in the Russian mission to the alliance. “ And apart from eight, including the technical staff, drivers and so on, there was no one else in Brussels. It's impossible to work like that '', & mdash; Lavrov emphasized.

At the same time, as the Foreign Minister noted, “ there are still politicians who understand the need for dialogue under all the sides of Russia, not trying to figure it out, not trying to put themselves in Russia's place and look at its arguments. ''

The Foreign Ministry said earlier that Russia is ready to discuss draft agreements with NATO on the security guarantees passed to the alliance and the United States a week and a half ago. They contain clauses on non-expansion of NATO to the east, non-joining the alliance of the countries of the former USSR and a ban on military activity on the territory of Ukraine. According to Deputy Foreign Minister Alexander Grushko, the West must seriously accept Russian proposals or be ready for a “ military-technical alternative. ''