The head of the Russian Foreign Ministry believes that security guarantees should extend not only to Ukraine, but also to Russia and other European countries. Poland agreed to be one of the guarantors 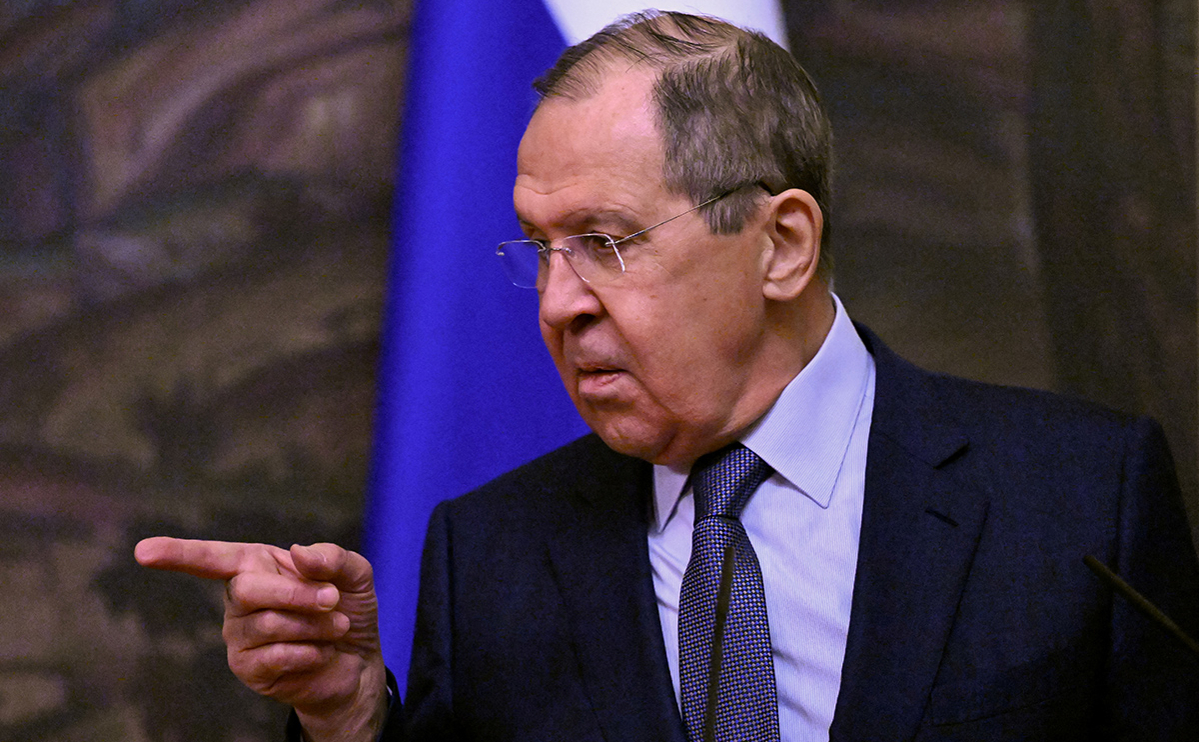 Moscow would like to see the security guarantees negotiated by Ukraine in the settlement talks extended to Russia and other European countries. This was stated by Russian Foreign Minister Sergei Lavrov at talks with Indian Foreign Minister Subrahmanyam Jaishankar in New Delhi.

“We are for ensuring that security guarantees are provided to Ukraine, all European countries, Russia in accordance with those documents that have been adopted within the OSCE for many years and which proclaimed the principle that no country will strengthen its security at the expense of the security of others.” ;,— said the Foreign Minister.

A new system of security guarantees, which, among other things, provides for the neutral status of Ukraine itself, was proposed by Kyiv on March 29 at the talks between the Russian and Ukrainian delegations held in Istanbul. According to Ukraine's proposal, security guarantees should be contained in an international treaty, and permanent members of the UN Security Council, including Russia, as well as Turkey, Germany, Italy, Israel, Poland and Canada, can become guarantors. At the same time, Kyiv emphasizes that they would not want to “repeat the mistakes of the Budapest Memorandum.”

In December 1994, the United Kingdom, Russia, the United States and Ukraine signed the Budapest Memorandum. It provided guarantees for the security and territorial integrity of Ukraine in exchange for its renunciation of nuclear weapons. The countries that signed the treaty pledged to respect the sovereignty of Ukraine and refrain from using force against it.

On February 19, President of Ukraine Volodymyr Zelensky announced that he would initiate consultations within the framework of the Budapest Memorandum. Russian President Vladimir Putin responded by saying that Moscow understands that these words were addressed to her, and that she “heard” position of Ukraine. On February 23, Zelensky demanded clear security guarantees for the country from Russia and the West, and on March 29, Ukraine proposed a new format for ensuring its security.

According to Ukraine's proposal, the new system of security guarantees will not operate in Crimea, as well as in part territory of Donbass. At the same time, Kyiv proposes to fix in the agreement a provision that the guarantor states will be obliged not only not to interfere with Ukraine's intentions to join the EU, but also to help in this.

Poland has already agreed to become a security guarantor under the new treaty, but on condition that the United States also signs the new treaty. Deputy Prime Minister and head of Poland's ruling party “Law and Justice” Yaroslav Kaczynski said that he sees no obstacles for his country's participation in the multilateral agreement.

“If these are serious guarantees, namely with the participation of the United States, as well as other large European countries, then I see no contraindications,” — Kaczynski said on the air of the national radio station Polskie Radio.

France did not rule out the possibility of becoming a guarantor. Foreign Minister Jean-Yves Le Drian said on April 1 that in Paris “with positive attention” will consider this proposal, if any. At the same time, according to him, the list of guarantor countries should be determined by two contracting parties: Russia and Ukraine.

At the same time, Le Drian stressed that Paris “wants Ukraine's sovereignty to be based on the fundamental principles of international law.”

German Chancellor Olaf Scholz announced his country's readiness to become a guarantor under the agreement on Ukraine. As German government spokesman Steffen Hebenstreit told reporters, Scholz had already informed Ukrainian President Volodymyr Zelensky about this. At the same time, Hebenstreit noted that he did not want to speculate whether such security guarantees would include a military component.

In the US, on the contrary, they said that they are not yet ready to have a substantive conversation about security guarantees for Ukraine. As White House Communications Director Kate Bedingfield said, Washington is in constant discussion with Ukraine about ways to help ensure sovereignty and security. “But there are no specific details about security guarantees that I can talk about at the moment,” — she added.

The Russian Foreign Ministry believes that the United States is not going to become a guarantor in the new treaty, since, according to the official representative of the Ministry, Maria Zakharova, Washington's goal & mdash; destabilization of the situation in the region.

“Becoming the guarantor of Ukraine's security, the White House would assume the obligation to maintain peace in this country. But this is not part of the plans of the American liberal Democrats, — Zakharova wrote in Telegram.

After Ukraine's proposal to conclude a multilateral treaty on security guarantees in exchange for Kyiv's refusal of NATO membership and neutral status in Russia, they promised to reduce military activity near Kiev and Chernigov and announced the possibility of a meeting of the Russian presidents and Ukraine simultaneously with the signing by the foreign ministers of the prepared agreement.

Negotiations on a settlement in Ukraine have been going on since February 27. The parties met in person several times, including twice in Istanbul (once with the participation of foreign ministers), the meetings continued via video link. Negotiations resumed via videoconference on Friday, April 1.

Subscribe to RuTube RBC Live broadcasts, videos and recordings of broadcasts on our RuTube channel