Yesterday, interpretations of the results of the talks between Russia and Ukraine in Istanbul provoked a strong reaction. They started talking about some possible agreements, a radical reduction in military activity. But then, at a conference call at the Ministry of Defense of the Russian Federation, Defense Minister Shoigu, on the contrary, said: now all attention will be focused on achieving the main goal – the liberation of Donbass. A military expert spoke about the prospects of this operation. 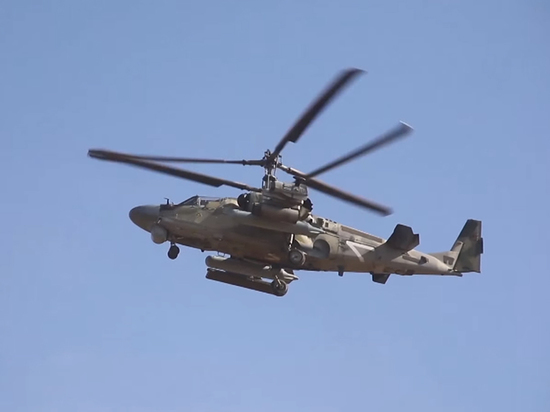 About what to prepare for in the future, and about the reasons for the “information turbulence” “MK” talks with the editor of the magazine “Arsenal of the Fatherland” Alexei Leonkov.

– In the beginning, I would still like to touch on yesterday's event related with the negotiation process. The unprofessionalism of the people who spoke yesterday is evident there. They apparently did not fully understand their status, allowing themselves a free interpretation of some things.

There is a practice in diplomacy when a word must be measured and pronounced at the right time and place. If this does not happen, then such an explosion of emotions can happen that shook the whole country yesterday. I hope everyone has already understood everything: the operation will continue.

In order to change the situation, some rotation of troops is needed. It is irrational to dissipate forces both on Kyiv and Donbas at the same time.

In principle, we now have parity in terms of troops with Ukraine near Kiev. The Armed Forces of Ukraine cannot break through our defenses there. And in our country, in order to make a serious breakthrough in their defense, we need to slightly increase the grouping.

But now our main headache is the release of the residents of Donbass. Shelling is still going on in Donetsk. Today there were five arrivals of heavy shells in the village of Tekstilshchik. This threat must be fundamentally eliminated. And it is liquidated only by the complete destruction of the group that stands near Donetsk.

This grouping has the most powerful fortifications. All this must be taken first. I'm not talking about Mariupol, where the operation to clean up the city is about to end. They are now working very actively, many Ukrainian nationalists have been put down, but still they are still resisting. This task diverts a certain amount of forces and means.

– I would not trust American intelligence so much. After the events in Afghanistan last year, this is about the same meme, symbol, as “British scientists.”

We did not carry out the first phase of the operation with all the troops that were involved there. Yes, this was done on purpose, as we understood that there would be hard fights, people were subject to physical fatigue and rotation would need to be done. That is, to withdraw units that are fighting there almost around the clock, replacing them with other, more recent units. And Mariupol is a vivid example, there has already been a rotation.

The same is happening in other areas. And the enemy does not have such opportunities. This, by the way, is one of the tactics that we use to wear down the enemy. Due to this, he begins to make mistakes, despite the fact that the Americans provide him with all the information about what is happening on the battlefield in real time.

– Through its satellite reconnaissance constellations, satellites for remote sensing of the Earth, as well as through the satellites of Elon Musk. The operational situation is being dropped on Starlink receivers, which are in many units of the Armed Forces of Ukraine and the national battalions. It is clear that this intelligence information has already been processed, analyzed, targets have been set … Then this data, processed by Western headquarters, is transferred to the Ukrainian military.

In fact, we can say that the Joint Committee of Headquarters of NATO countries is against us. And indeed it is.

Here is an example: the grouping of forces of the Armed Forces of Ukraine in the Donbass was beheaded. Headquarters destroyed. There was only middle management left. But it has not lost the ability to direct combat operations, which only confirms the data that the true leadership of the troops is carried out from outside. Therefore, there are the most stubborn battles.

Of course, there are interruptions in their weapons there. But it's still enough. Including because we did not close the corridor from Dnepropetrovsk. They are trying to transfer manpower and some types of weapons along it. Although ours control this process and destroy equipment. The situation now is as follows: we have collected them in one place.

It is quite problematic for the Armed Forces of Ukraine to have reserves. They have to keep groups in Nikolaev, Kyiv, Donbass. And the elimination of just the Donbass grouping was designated as the main task at this stage.

– When the operation was just starting, the Donbass grouping numbered about 70 thousand. Now there are about 50. But it is still very large.

Near Kharkov, we properly weakened the grouping there, in Mariupol we practically destroyed it. And keep in mind that these are the most combat-ready forces. Near Kiev are the forces that were in reserve in Western Ukraine. They were thrown from there on an urgent basis in order to keep the city at any cost. And let's not forget that there are also troops in Odessa, gathered there, so as not to surrender the city.

Our strategy for the first phase of the operation led to the fact that all the forces of the Ukrainian army were dispersed along the entire line of contact. But the main task at the moment, as Shoigu said, is the final destruction of the Donbass group. We will not let them live in peace around the clock – neither day nor night. We will open, hollow, destroy.

– We will meet “help” on the march. True, they use a cunning tactic – send all this in civilian vehicles, or under the guise of humanitarian aid. It is impossible to view all civilian vehicles that are moving towards cities, and even more so to shoot, since civilians can actually be there. And no matter what reconnaissance means we have, it is impossible to see what is in these machines through the metal.

– There is still a need to solve the problem of coverage, that is, to close this cover of the “cauldron”. In addition, we understand that some civilians still manage to break through these open passages. They are taken out of there for money. At the same time, people pay the Ukrainian checkpoints that are there to get out from under the fire of the Armed Forces of Ukraine. But we have set the task of maximum preservation of the lives of civilians at the forefront. So there are features here that we have to reckon with.