The Tory favorite is Defense Secretary Ben Wallace: what is known about him

After the resignation of Boris Johnson, the British Conservatives will have to elect a new party leader and, therefore, a new Prime Minister of the United Kingdom . The list of possible contenders for leadership is long, but so far Defense Secretary Ben Wallace has become a favorite. Not least in connection with the role that the politician played in the Ukrainian crisis. 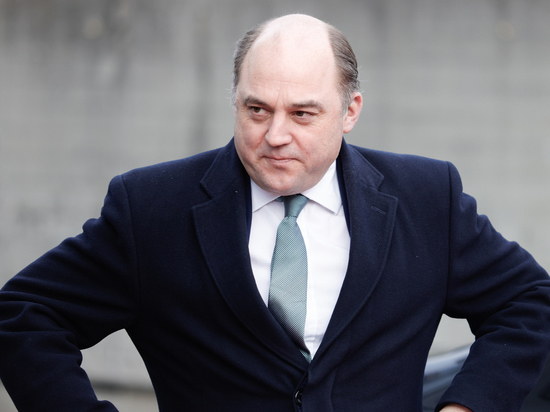 A YouGov poll of conservatives who they would vote for as the new party leader and prime minister showed Ben Wallace a good chance.< /p>

The Minister of Defense has become a favorite with the Conservatives after playing a prominent role in London's reaction to events in Ukraine, the Independent notes.

The 52-year-old War Department leader outranks all other Tory leaders in a recent poll.

It is the rank and file members of the Conservative Party who will ultimately decide who becomes Prime Minister, but they will only be able to choose between two the last remaining candidates from a wider pool of Conservative MPs that will narrow over the course of several rounds of voting.

So getting Wallace, despite the popularity among ordinary Tories, in the “short list” is not predetermined. He can fly out of the list of candidates for the leadership of the party at one of the stages, when members of parliament, that is, figures experienced in political intrigues, will be engaged in screening. So Wallace, if he wants to succeed, will have to take care to create a sufficiently large base of support among the Conservatives in Parliament.

In the meantime, according to sociologists, in terms of popularity, Ben Wallace is ahead of Foreign Secretary Liz Truss (48% vs. 29%), Junior Minister for Trade Policy, and in the past the first woman – the head of the British Ministry of Defense Penny Mordaunt (48% vs. 26%) , former Chancellor of the Exchequer Rishi Sunak (51% vs. 30%) and former Foreign Minister Jeremy Hunt (58% vs. 22%).

While this is a tempting picture for Wallace, it can still change ten times over in an elimination battle. And Ben Wallace himself is in no hurry to announce that he will participate in the competition for the role of party leader. By the way, the head of the Ministry of Defense was not among the “rebels” who staged a mass exodus of government members, but acted quite loyally towards Johnson, who staggered under the blows of the internal opposition. And just this can play into his hands – on the one hand, he is not Johnson, but on the other hand, he is not a “troublemaker.”

Ben Wallace was a former military man, has the rank of captain. At the age of 19, he entered the Royal Military Academy at Sandhurst, then served in the Scots Guards.

During his military service he visited Northern Ireland, Germany, Cyprus and Belize. Because Ben Wallace was on duty the night of Princess Diana, Princess of Wales' death, he was sent to Paris as part of the unit tasked with bringing her body to the UK.

After leaving the army, he plunged headlong into politics. Here, apparently, his service in the Scots Guards played into his hands – he became a member of the Scottish Parliament from the Conservative Party and was the shadow health spokesman for the Scottish Conservatives. But the borders of the country of whiskey and kilt were tight for him – and in 2005 Wallace became a member of the British Parliament, but he did not break ties with Scotland.

Climbing the career ladder, Ben Wallace held a number of high posts – from Lord Commissioner of the Treasury to Deputy Minister of the Interior. In July 2019, Boris Johnson appointed Wallace as UK Secretary of Defense (instead of the aforementioned Penny Mordont).

Against the background of the isolationist “quirks” of the American President Trump with his slogan “America first”, Ben Wallace said that Britain “should be ready to fight wars without the United States”, one of London's key allies. The head of the Ministry of Defense then advocated “to make the UK less dependent on the United States in future conflicts.”

Wallace also criticized the actions of the American command during the Biden era – when the United States fled Afghanistan, leaving this country at the mercy of those who seized power Islamist radicals in Kabul.

If Wallace becomes Prime Minister of Great Britain, Boris Johnson's anti-Russian line will continue to the fullest. This is evidenced by the numerous sharp, bordering on a foul (and sometimes beyond the bounds of decency) statements of the British minister against Russia, its leadership and the military operation in Ukraine. It is not surprising that in April of this year, Wallace (along with Johnson, the head of the Foreign Office Liz Truss and a number of other British figures) was included in the list of persons who are prohibited from entering Russian borders.

What are, for example, his calls to bring Russian military leaders to a military tribunal for their actions during the Ukrainian conflict. The British minister, who has consistently expressed support for Kyiv, accused the top leadership of the Russian Federation of “tearing to shreds both Russia's past and its future.”

Or you can recall Wallace's capricious statements in February of this year, when he said that the Scottish guards “kicked in the ass” Nicholas I during the Crimean War with Russia in the 19th century and could repeat it. And the same Wallace claims: “Russia is very dangerous on the world stage. The world is less secure than it was two or three years ago and is unlikely to change before the end of the decade.”

Naturally, wishful thinking, Ben Wallace stated several times last spring that the Russian army in Ukraine was “exhausted and broken.” However, this does not prevent the British Minister – contradicting his own words – from stating that there is a “real risk” that Russia could “pounce” on the UK and its European allies.

Of course, the head of the British Ministry of Defense actively spoke out about the strengthening of NATO's military presence near the Russian borders.

In addition to purely Russophobic motivation, Ben Wallace was clearly driven by quite pragmatic considerations: in the midst of the Ukrainian crisis, he received reasons to extort more money from the budget for the department he heads. Ahead of the recent NATO summit in Madrid, the minister demanded an increase in military spending from “the middle of the decade”, saying that the “threat from Russia” meant the need to address a number of “vulnerabilities”.

The fighting spirit did not stop Wallace become one of the victims of telephone pranksters Lexus and Vovan, speaking on behalf of Ukrainian Prime Minister Shmyhal. The British minister, who fell for the “divorce”, said that London supports Kyiv's desire to join NATO, and spoke about the supply of weapons (including NLAW-type ATGMs) to the Ukrainian military.