Local residents: “We will build a corridor to Belarus” 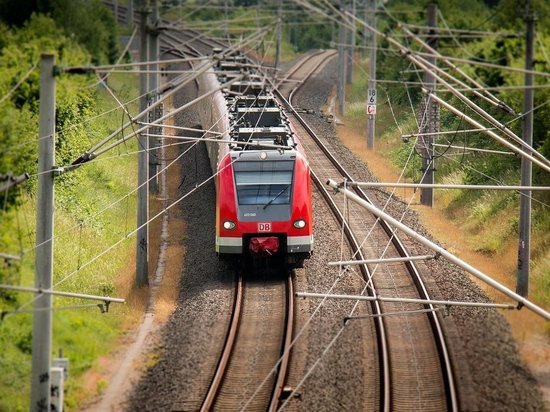 Kaliningrad, being a Russian semi-exclave (a territory that does not have a land border with the rest of the country, but is connected to it by sea), is supplied from Russia either by sea, or in transit through Lithuanian territory, or by air. Problems arose with the latter after the introduction of air sanctions. As early as February 27, Lithuania, along with Latvia and Estonia, closed the airspace for Russian aviation, forcing airlines to operate flights through the Leningrad Region and the Baltic Sea corridor. The new “crooked path” has already received the name – “aircraft beam”. This not only increased the time of flights, but increased the cost of the flight due to the higher consumption of aviation fuel. However, up to 18 flights a day still flies to the exclave.

The transit of Russian cargo to the Kaliningrad region is still carried out as usual, and Russia has not received any notifications about the closure of the route. The head of the Kaliningrad region, Alikhanov, stressed that in any case, the decision of Lithuania alone would not be enough to implement the blockade of the region. The governor noted that such a decision can only be made at the level of the European Union. However, the Baltic countries announced their intention not only to block the railway, but also to generally close the borders for Russian transit. About 100 Russian transit trains pass through Lithuania every month. On April 3 alone, more than 500 trucks entered and left the Kaliningrad region and 24 freight trains proceeded.

According to Dmitry Lyskov, head of the information policy and media relations department of the government of the Kaliningrad region, the region is slowly preparing to close its borders. In this case, maritime communication remains one of the options for the transport connection of the country and the region. Freight and passenger ferries run regularly between Kaliningrad and Russia. Lyskov noted the strengthening of the ferry fleet, which will soon be replenished with one vessel from the Black Sea and one more from the St. Petersburg stocks for work on the route Ust-Luga – Kaliningrad. If necessary, if there are not enough ferries, the Kaliningrad Khrabrovo airport will be used for cargo traffic. According to local authorities, the region will not be left without food. In the last week alone, the exclave has received a thousand tons of food. And what is not enough will be replaced by local products. But who can suffer is the recipients of Chinese goods in Europe. The fact is that in the past few years, container transit from China to Kaliningrad has become part of the Silk Road.

While the authorities of the region express confidence in their readiness to overcome difficulties, the population of the Kaliningrad region reacts to messages in social networks in its own way about the possible closure of the borders with Lithuania.

“The blockade of the region is the genocide of the population living here”, “This is a declaration of war,” some write. “Then we will definitely build a corridor to Belarus,” others put forward proposals. “We survived the 90s and we will survive it,” others reassure.