The result of the global game will suit everyone

On the freshly invented day of Ukrainian statehood, Vladimir Zelensky took up an alternative history of the country, and Dmitry Medvedev its real future. 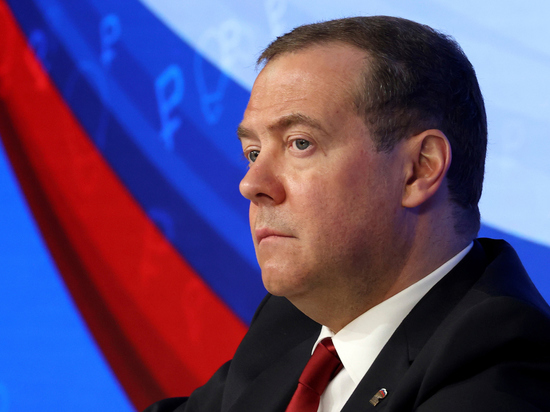 Zelensky said that Ukraine is “the only legitimate heir to Kievan Rus.” And also “wealth and achievements of our rulers” – for example, Askold and Dir, Prophetic Oleg, Prince Igor, Equal-to-the-Apostles Princess Olga, Svyatoslav the Brave, Vladimir the Great, Yaroslav the Wise, Vladimir Monomakh, King Daniel. Yes, and still the heiress of the Cossack state.

Take two historians and you get three opposing opinions. So there is nothing to be surprised after digging the Black Sea by the ancient Ukrainians. And it is worth paying attention to only one — everything that Zelensky said looks beautiful and pretentious. Only this matters for the “progressive” peace. And how does this correspond to reality — It doesn’t matter at all.

It is the gap between reality and convenient ideas about it that leads, has already led, the world to sad consequences.

Here Dmitry Medvedev writes on his Telegram channel under two cards: “The following picture of the bright future of his country arose in the brain of the President of Ukraine, which was affected by psychotropic substances (Fig. 1). Western analysts believe that this will actually be the case (Fig. 2). It is not difficult to guess that in “Fig. 1” depicts a united Ukraine with Crimea and Donbass — as of the very beginning of 2014.

It is much more interesting that in “Fig. 2". And there Ukraine — this is only the Kyiv region. Everything from it to the east, the Black Sea region (together with Transnistria) — Russia, while western Ukraine is divided between Poland and Romania. 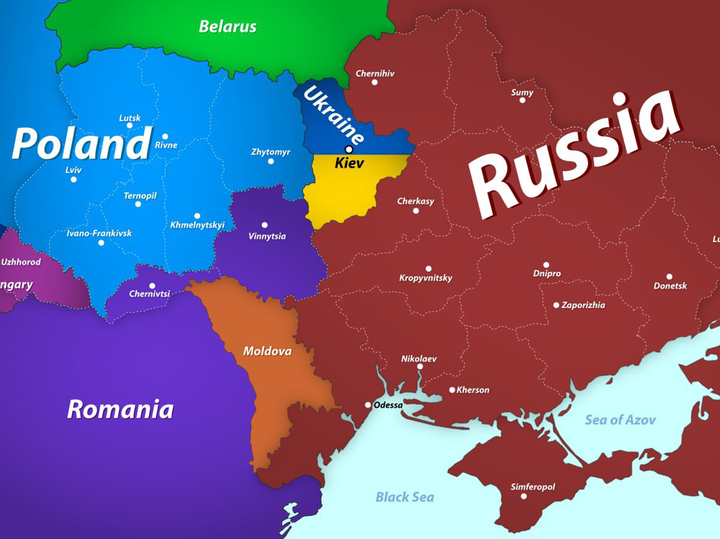 Of course, there is a possibility that Medvedev is now playing the role of an “evil cop”. They say that Putin is a “good cop” with us, capable of negotiating. Better negotiate, because we are here, even the former hope of the liberals, all at the same time — there is no such country Ukraine.

But let's assume the idea that a little more than six months ago, Putin and Biden still agreed. We agreed globally, as befits the two rulers of the world, to resolve their concerns, but without the whole world falling into dust.

The map drawn by Medvedev — this is, in fact, the result, the end of the resolution of concerns. Simply in a good way, not at the global level, but at the level of execution, it did not work out to divide Ukraine. It turned out the way it did, but the fact remains – “Medvedev's” the map of Ukraine will suit absolutely everyone. And Russia, and Europe, and America (which will increase its influence on the Old World to a state of total control), and, oddly enough, the inhabitants of Ukraine. It's just that Russians will become Russians again, and absolutely Ukrainians will get their quiet, peaceful (perhaps completely Europeanized and prosperous) Kyiv Ukraine. This may not suit only the current Ukrainian authorities, but, as we see, in fact (and not for the press and PR) no real world politician asks her opinion.

But the authorities of Kyiv Ukraine will be able to consider her the only heiress of Kievan Rus. The main thing is that Medvedev doesn't have to draw any more maps.