VTsIOM: over 60% of Russians approved the suppression of unrest in Kazakhstan by force Most often, the most likely scenario for what is happening in Kazakhstan, Russians call a provocation by foreign intelligence services. Only 8% agree that it was a terrorist attack 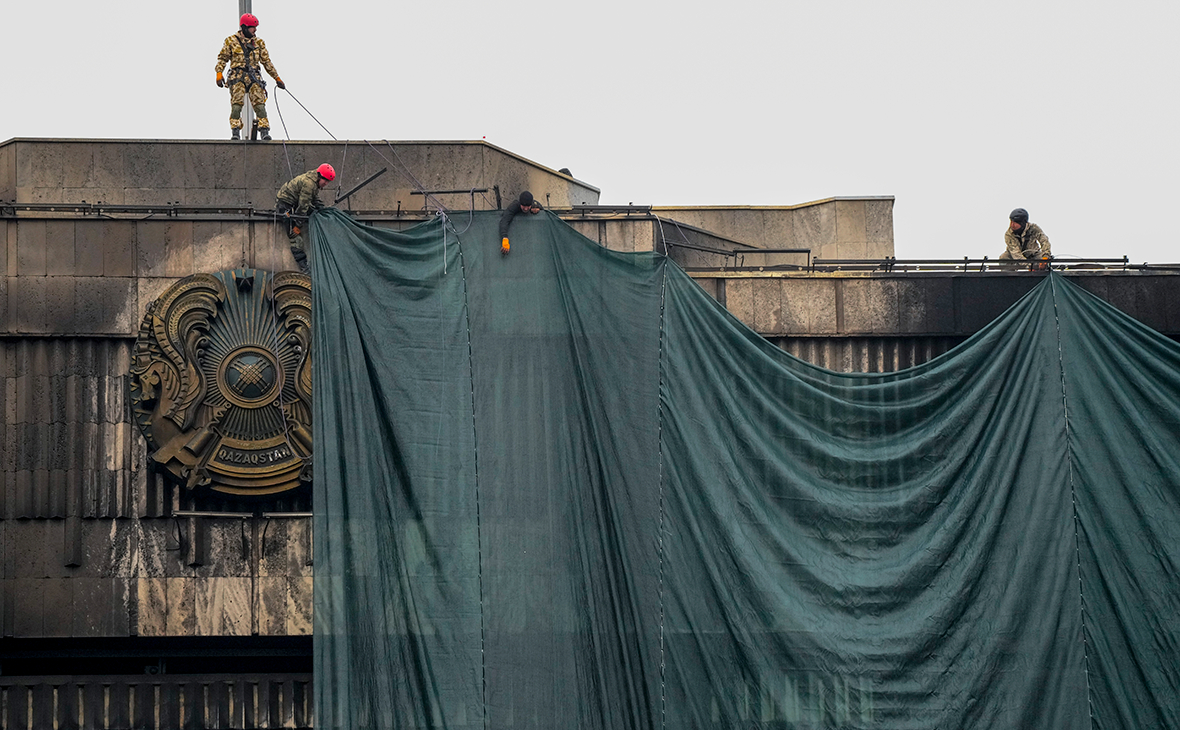 The majority of Russians who are interested in events in Kazakhstan (63%) approve of the use of law enforcement agencies to suppress riots, a poll by VTsIOM showed. The most popular version of events among Russians was a provocation by foreign intelligence services.

1,600 respondents took part in the survey, it was conducted by phone. The sample was adjusted taking into account socio-demographic factors. The maximum size of the error with a probability of 95% does not exceed 2.5%. The response data is based on the proportion of those who followed the events in Kazakhstan.

The January events in Kazakhstan, as the survey showed, were followed by 72% of Russians. To some extent, 74% of respondents show interest in the situation in Kazakhstan, for a third what is happening is of particular importance (34%).

Most often (26%) of those who are interested in the situation in Kazakhstan, characterized what is happening there as a riot, uprising or popular unrest against the backdrop of rising gas prices, declining living standards and dissatisfaction with the current government. 17% described the events as a coup.

Of the variants of what was happening offered to the respondents (question with a closed answer), the most popular was “this is a provocation by foreign special services.” 17% of those surveyed who were interested in events in Kazakhstan called what was happening a “popular uprising”. 14% consider the clashes to be a struggle for power of various Kazakh clans or a redistribution of spheres of influence.

Only 8% of respondents agreed with the official version of events that the situation in Kazakhstan was the result of a terrorist attack.

Almost half (49%) of the respondents said that they had a rather negative attitude towards the protesters. Only 25% supported them.

The decision to send the Russian military to Kazakhstan as part of the CSTO peacekeeping contingent was approved by 71% of respondents.

The riots that began in Kazakhstan on January 2 , were initially provoked by a doubling of the price of liquefied gas, which is used by up to 70% of motorists in the country. Later, however, political demands began to be heard at the protests, including the resignation of the government. On January 5 and 6, the conflict escalated, and the rallies escalated into clashes.

A number of administrative buildings, including the akimats (administrations) of Alma-Ata, Aktau and several other cities, were captured. A state of emergency was declared in the country, the authorities of Kazakhstan turned to the CSTO for help. On January 13, less than a week after the arrival of the military contingent, the withdrawal of peacekeepers began.