Zelensky gets rid of Poroshenko's team

Ukrainian President Volodymyr Zelensky dismissed five Ukrainian ambassadors at once. Among them was the infamous Ukrainian ambassador to Germany, Andriy Melnyk. Kyiv is sparingly commenting on its actions, explaining everything by the usual rotation of personnel. But still, Melnyk's resignation stands out more than the rest, because, despite the harsh form, Melnyk's rhetoric never ran counter to the general line of Kyiv… 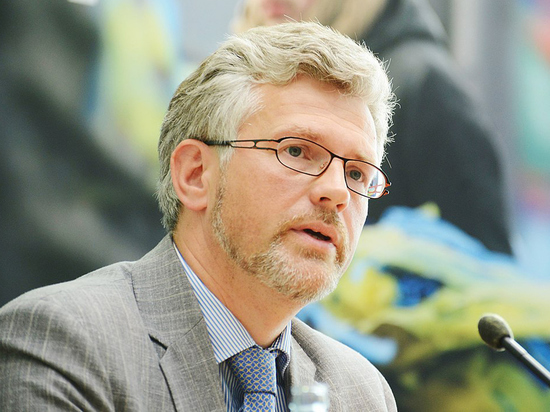 In addition to Melnyk, Ambassador to Hungary Lyubov Nepop, Ambassador of Ukraine to Norway Vyacheslav Yatsyuk, and Ambassador to the Czech Republic Yevhen Perebyinos also lost their posts. Although the latter behaved more quietly than Melnik, he occasionally allowed himself sharp Russophobic statements, accusing the Russian people of “targeted and cold-blooded destruction of Ukrainians for several centuries.”

Igor Polikha was also distinguished by his statements, who before got into the “resignation package”, was the ambassador of Ukraine immediately to India, Nepal, Bangladesh and the Maldives. After the start of the Russian special operation, Polikha openly criticized India's position towards Ukraine.

However, of all Ukrainian diplomats, it is Andriy Melnyk who has the unconditional grand prix in Russophobic rhetoric and boorish style of communication. By the way, this is a representative of the “old guard”. His career began in the foreign policy department of the Kuchma administration. In Yushchenko's secretariat, he served as head of the department of the main department of foreign policy. He headed the third department of the Ukrainian Foreign Ministry under Yanukovych. He took part in the work of the Yatsenyuk government, and, finally, in 2014, Poroshenko appointed him ambassador to Germany.

For almost eight years in his post, Melnik spoke unflatteringly about both the ex-Chancellor of Germany Merkel and President Steinmeier. Olaf Scholz generally got the most – one “liver sausage” is worth something. The last thing Melnyk “distinguished” was an interview with a Polish journalist, where the ambassador of a country aspiring to the EU called Stepan Bandera a “freedom fighter” who is not subject to “any laws”, comparing the leader and ideologist of Ukrainian nationalists with Robin Hood.< /p>

In Poland, such words caused outrage in the political leadership. Polish Foreign Minister Zbigniew Rau called the ambassador's statements “falsifying history.” Polish Minister of Defense Mariusz Blaszczak was punished more severely and called Melnyk a “useful idiot of the Kremlin”, who, with his “unacceptable” statements, is driving a wedge into relations between Ukraine and Poland.

About what was behind the resignation of the Ukrainian ambassadors and what place in this story is assigned to the Bandera ambassador Melnik, MK talked with Alexei Zudin, a senior lecturer at MGIMO of the Russian Foreign Ministry.

– I would pay attention to the fact that these resignations were being prepared for a long time, that there were different cases, and some of these ambassadors were appointed by Petro Poroshenko when he was president. Thus, these are the people of the old team, these are not the people of the Zelensky team. The only thing that can work in favor of this version is that they decided to make these resignations together, in one package. In this case, the main troublemaker, the most scandalous Ukrainian ambassador to Germany, Melnyk, sort of disappears into the general list.

The fact that these people are from a different team is just one of the reasons. Of course, it is necessary to take into account the fact that these are ambassadors in countries where Ukraine has not been able to build closer relations on an anti-Russian basis. Hungary is one such country, and quite possibly India too.

– Resignation does not necessarily involve disgrace. After all, they say that he is tipped for a promotion, the post of Deputy Minister of Foreign Affairs. In this regard, it is of interest that Melnik's resignation followed a sharp public outcry from Warsaw. Taking into account the fact that Warsaw is much more important for the current official Kyiv than Berlin, it is quite possible here that the real reason for the change of the ambassador was the dissatisfaction of Poland, and not Germany. Although he has long since become an annoying factor, and the fact that he was removed from the leadership of the embassy is understandable, and the most interesting thing here is who or what was the last push and the last straw. I personally remembered Warsaw.