The fleet will draw conclusions and fulfill all assigned tasks

On April 15, the Russian military department reported that the ship sank while towing the Moskva missile cruiser in stormy conditions. On April 13, a fire broke out on the ship, ammunition detonated, the ship was seriously damaged. The cause of the incident was not reported. 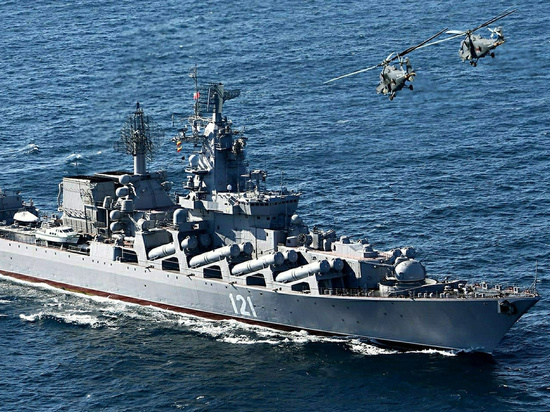 The Black Sea Fleet has lost its flagship, and this is certainly a great loss. Navy sailors and veterans of the fleet are especially hard pressed. So, Admiral Vladimir Komoyedov, when asked to comment, said: “I am in deepest sadness and do not want to give any comments.”

Admiral Igor Kasatonov, who once did a lot to save the Black Sea Fleet after the collapse of the Union, is very worried about the situation. He, too, as his son Kirill Kasatonov said, refrains from any comments.

The loss of the cruiser is widely discussed on social networks. So, political scientist Dmitry Evstafiev in his Telegram channel “Professor looks at the world” wrote: “The main result of the death of the cruiser” Moskva ” for all the tragedy and national pain, this is the fact that the “peace party” sank along with the ship.

“And we will build a new cruiser,” Evstafiev believes. – And let it be called, as it should be for a cruiser in Russia – “Glory”. Name «Slava» the political scientist remembered not by chance: that was the name of the Moskva missile cruiser at the beginning. said military expert captain 1st rank in the reserve Vasily Dandykin:

– I met “Glory” lieutenant in Sevastopol in 1982, when he came from the Nikolaev shipyard to the Black Sea Fleet. This is the firstborn of the Atlant project. At that time – a breakthrough in military shipbuilding. On board are anti-ship missiles, the S-300 anti-aircraft system – Fort. It was impressive.

The fate of the ship is difficult. Yes, 39 years of service — it's too much.

By the way, there is some mysticism with ships under that name. You know, sailors — people are quite superstitious. So, before the Great Patriotic War there was such a ship in the Black Sea Fleet – the leader of the “Moskva”. He died along with the crew on June 27, 1941 during the attack of the Romanian Constanta. Romania was an ally of Nazi Germany.

After the war, there was still such an anti-submarine ship “Moskva”. His name was just given to the missile cruiser Slava. In Soviet times, a grandiose fire happened on it, and it went out of order for a long time. Later, the ship was decommissioned and renamed “Glory” in honor of him. To some extent, mysticism is present.

The name “Moscow” the cruiser was assigned not by chance. There was a whole epic with him in the 90s. He was then saved by the whole world. I happened to write about the problems of its repair in Nikolaev after the collapse of the Union. The article was published in one of the central newspapers with the following headline: “Moscow” put against the wall».

The fact is that the Russian military department did not have the money then to pay for the repair of the cruiser at the Ukrainian shipyard. Billions of rubles turned out at that time. Moscow Mayor Yuri Luzhkov helped. Moscow's money practically saved the cruiser. It was 1995. It was then that the decision was made instead of the decommissioned anti-submarine ship “Moskva” assign his name to the missile cruiser “Glory”. And the city of Moscow took patronage over this ship.

The Black Sea Fleet needed a flagship. The missile cruiser was the only ship of the first rank after the large anti-submarine ship “Kerch” was decommissioned. By the way, they were written off after the fire.

I myself served on a cruiser, however, on an older one – “Admiral Ushakov”, and I can say that the fire — the worst thing that can be on a surface and underwater ship. It is no coincidence that fire and explosion safety is constantly paid attention during crew training. We had a local firefighter on the cruiser, so literally the entire Black Sea Fleet in the bay gathered to help.

– Yes, thank God that all the guys were removed from the cruiser. This is very important because the — the most important thing. Iron will be built. The people on the cruiser served prepared. It has always been one of the best crews in the Black Sea Fleet. Of those who served on it, many became admirals.

For 39 years, the ship left hundreds of thousands of miles astern. The cruiser did not get out of the seas and oceans, including reaching Vladivostok, went to the Pacific, Indian Oceans, and the Atlantic. Participated in operations in Georgia, Syria. The cruiser was recently awarded  Order of Nakhimov. They don't give orders just like that.

– For a sailor, the loss of a flagship is a huge pain. Now there is such a fountain of passions, especially among people who have nothing to do with the fleet. We have the same from love to hate — small distance. Unfortunately, this is true.

Many people say: they say, how could one send a ship. The cruiser, of course, was not alone. There is a grouping of ships, auxiliary forces. By the way, this helped 450 people to evacuate, and in difficult storm conditions. If there had been no storm, he would have been dragged to Sevastopol.

Nevertheless, conclusions must be drawn. The reasons will be understood. All crews should be vigilant.

The technical condition of the ship could matter. That he is 39 years old. Yes, it was renovated three years ago.  In Sevastopol, they did it out of necessity. But, rather, not capital, but current.

The Black Sea Fleet will definitely receive a new flagship. I think they will figure out what kind of ship it will be. Probably one of the 1st rank frigates that are currently under construction.

The forces that the Black Sea Fleet now has, they will definitely fulfill their blocking tasks and the rest of the tasks that will be set. Naturally, taking into account certain organizational conclusions.

There was a fire on the cruiser “Moskva”: footage of the flagship of the Black Sea Fleet