Continuing dialogue with Europe, Beijing is pursuing its own economic interests

Following the March talks between the leaders of the United States and China, the EU is actively joining the dialogue with China. On April 1, representatives of the main structures of the EU and China scheduled a summit in the format of a video conference with the participation of Xi Jinping. If European leaders are primarily concerned about Beijing's position regarding the Russian special operation in Ukraine, then the Chinese leadership avoids categorical statements and relies on solving pragmatic tasks. 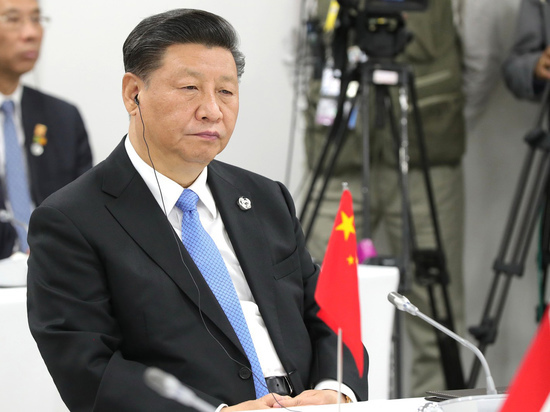 American observers are frozen in anticipation of how the US European partners will be able to find the necessary arguments to “pull” China into their camp.

For now, Beijing , not speaking unequivocally on the side of Moscow, avoids open condemnation of the actions of the Russian Federation in Ukraine and does not join the anti-Russian sanctions.

According to Bloomberg, citing its sources, EU representatives have prepared a pre-agreed statement for Beijing. The essence of it was conveyed by the President of the European Commission, Ursula von der Leyen.

“Not a single European citizen will understand any support from Russia (in conducting a special operation in Ukraine —”MK”). This will seriously damage China's reputation here in Europe,” she said. Von der Leyen joined the EU negotiating group, along with European Council President Charles Michel and EU High Representative for Foreign Affairs and Security Josep Borrell. And from China, at a virtual meeting with EU leaders, key figures were announced: Chinese President Xi Jinping himself and Prime Minister Li Keqiang.

The Washington Post specifically noted that the coherence of the actions of the EU and the United States in relation to China allegedly came as an unpleasant surprise for Beijing functionaries. The statement is more than controversial: only lazy people do not talk about Washington's pressure on European capitals. At the same time, the position of China itself in the course of negotiations with EU members will not change. And this thesis looks much more plausible, given that the Chinese press (actually relaying moods in government circles) on the eve of the summit spoke about the invariance of Beijing's course – in general, and not only in relation to Ukraine or Russia.

Xi Jinping has already held talks with US President Joe Biden. A long video conference then did not bring the expected results in Washington regarding the adjustment of Beijing's position.

If in the negotiation process between the United States and China, analysts, as a rule, pay attention to economic ties as one of the most powerful factors, then this argument also works in the case of the European Union. Being on the same continent with China and being involved in the implementation of the One Belt, One Road initiative (only one of the translation options. – “MK”), European capitals are no less interested in maintaining interaction with Beijing than Washington.

“If we look at the state of investment and trade and economic cooperation between China and the European Union, we will see the following fundamental indicator: the volume of foreign trade is such that the EU for China is the second most important partner after the ASEAN countries,” said the head of the Center in a conversation with MK. economic and social studies of China at the Institute of the Far East of the Russian Academy of Sciences Andrey Ostrovsky. — The sum of the annual trade turnover between the parties is about $800 billion.

Moreover, if in 2020, the covid year, Chinese external turnover as a whole was estimated at about $4.9 trillion, then at the end of 2021 this figure increased by more than a trillion, to $6.05 trillion. Such an increase was largely due to trade with the US and the EU.”

The expert recalled that, despite the negotiations at the level of the EU-PRC, in the EU itself, which is an important trading partner for Beijing, there is a unanimity of opinion on There are no prospects for further cooperation.

“Southern European countries have a more positive attitude towards China: Greece, Spain, Italy, Portugal. Therefore, when we talk about the position of the EU, we cannot perceive it as something integral, we must consider specific states. From France, which provides its ports as part of the development of the Chinese Belt and Road Initiative, to, for example, Lithuania, which finally quarreled with China after a unilateral reorientation to Taiwan, Andrei Ostrovsky recalled. — Freight trains run regularly on the route connecting the southwestern Chinese city of Chongqing with Duisburg, Germany.

It is clear that in this context, one of the main tasks for the PRC is an attempt to maintain trade and economic cooperation at the current level, as well as investment exchange (it is not developing very much, but, as I said, the southern European states are willing to accept Chinese investments and are ready to invest themselves).

The European Union has virtually nothing to oppose to China. Individual states, like Germany or France, can “compete” with it, but this is impossible for other countries. The PRC is promoting the Belt and Road Initiative, it is trying to expand the market and economic presence abroad, which it will fight for in the negotiations – or at least not worsen the situation.

Based on the available data , the expert considers speculation about effective pressure on Beijing untenable. “China itself can put pressure on anyone. In terms of macroeconomic indicators, it has already overtaken the United States in a number of areas. The problem is that the PRC is sometimes treated condescendingly. But today it is not a “paper tiger”, but a very specific one,” Andrey Ostrovsky concluded.