“Not a Russian citizen, not involved in a special operation”

Dmitry Peskov told reporters that the Kremlin receives many questions about the fate of the Ukrainian opposition politician Viktor Medvedchuk, whom Vladimir Zelensky proposed exchange for Ukrainians in Russian captivity. 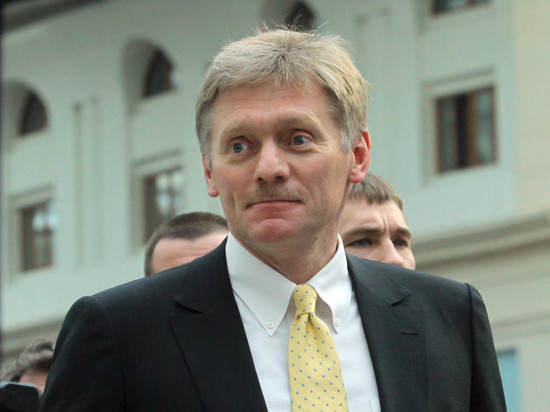 “He is not a citizen of Russia and does not have nothing to do with the special operation,” the Kremlin spokesman said. Moreover, according to Peskov, Moscow does not know whether Medvedchuk himself wants Russia's participation in resolving this difficult situation for him.

Peskov said that the Kremlin would follow his fate and urge European politicians to follow this example and show interest in detaining a politician who opposes the current Kiev authorities.

He added that in Russia, as well as in the DPR and the LPR, “we are very grateful to Medvedchuk for organizing the exchange of detainees and other humanitarian issues that he has been dealing with, including at the request of the Kiev authorities” since 2014.

Peskov recalled: Medvedchuk is a deputy of the Rada, he led a party that has its own opinion and position. “He always spoke for peace, against war, against the expansion of the conflict in Donbas,” the Kremlin speaker recalled, noting that “if at one time his ideas and the ideas of his party were taken into account, then there would be no military special operation.”

“The views of Medvedchuk in favor of building normal partnerships with the Russian Federation are also well known,” Peskov said. At the same time, according to him, Medvedchuk had no behind-the-scenes relations with Russia. Otherwise, he would have left the territory of Ukraine before the start of the special operation. “But, as we can see, he didn't do that.”

Let us recall that Medvedchuk is a close acquaintance of Putin: they met at the beginning of the 2000s at one of the official events. At that time, he was the vice-speaker of the Verkhovna Rada, and Putin was the president.

Further acquaintance developed through Dmitry Medvedev, when DAM and Medvedchuk became heads of presidential administrations and, as they say, “chemistry” arose between them. This “chemistry” extended to relations with Vladimir Putin: when in 2004 Medvedchuk, at the suggestion of his wife Svetlana Marchenko, asked VVP to become the godfather of his daughter Daria, he easily agreed. Later politicians often met in private. Including until 2014 in the Crimea. Medvedchuk took Putin's wife and goddaughter with him.

Last year, when the Ukrainian authorities opened several criminal cases against Medvedchuk, including on charges of treason, Dmitry Peskov answered the question about the nature of the relationship between the Russian president and the Ukrainian counterpart. The spokesman said that for Putin, Medvedchuk is first and foremost a “Ukrainian politician” who adheres to “the point of view of normalizing mutually beneficial relations” between Russia and Ukraine. At the same time, Peskov confirmed that they often see each other.

Pyotr Poroshenko believed that Medvedchuk is the only channel of information about what is happening in Ukraine that the GDP trusts.

Interestingly, in 2017 Putin himself called Medvedchuk a nationalist. “I believe that Viktor Medvedchuk is a Ukrainian nationalist. He does not like this definition, he considers himself a patriot of Ukraine, but it is no secret that his father was an active member of the OUN (he was the creator of the UPA terrorist organization banned in Russia), was convicted by a Soviet court, was imprisoned and was exiled to Krasnoyarsk Territory where Medvedchuk was born,” said VVP.

Medvedchuk did not like this characterization, but he tolerated it. “In his understanding, this may be the case, because he has a specific understanding of nationalism in Ukraine,” he said of Putin’s assessment.

Ironically, Medvedchuk once took an active part in the exchange of prisoners between the DPR- LPR and Ukraine – and now he has become the subject of bargaining himself.

Ukrainian authorities announced the detention of Medvedchuk yesterday. The politician was under house arrest on suspicion of illegal supplies of coal from the Donbass. After the start of the special operation, Medvedchuk disappeared.