“This is just the beginning”

The Russian Foreign Ministry expressed a strong protest to the Lithuanian side in connection with the ban imposed by Vilnius on the transit of sanctioned goods to the Kaliningrad region. The Russian side warned that “if cargo transit between the Kaliningrad region and the rest of the territory of the Russian Federation through Lithuania is not restored in full in the near future, then Russia reserves the right to take decisive action in response. What could be these actions, “MK” asked the experts. 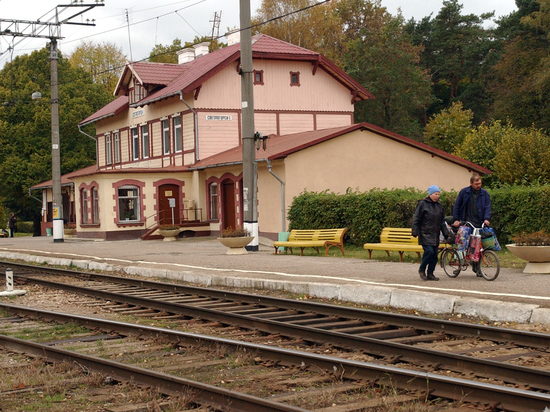 “There is a viscous struggle, butting,” says political scientist Sergei Markov. – But here we may find ourselves in a difficult situation, because we no longer have the opportunity to create problems for them: we have already refused any transit through Lithuania.

But there is a sharper way – to warn them about that the attempt to blockade Kaliningrad grossly violates the agreement between Lithuania and Kaliningrad, and Russia may choose a forceful path to unblock the region.”

According to Andrey Suzdaltsev, Deputy Dean of the Faculty of World Economy and International Affairs at the Higher School of Economics, Russia has an opportunity economically protect the Kaliningrad region. “Kaliningrad can be supplied by air,” he believes, “through the Baltic and the Gulf of Finland. And, of course, there is a sea route – bulk carriers, ferries. It will be costly, but these are our people and our territories. We will supply them as best we can.”

– Now we have nothing special to answer them with. They hardly consume our gas. We do not supply electricity directly to them. Previously, there were deliveries, now they are not. They prepared for it. And I think this is just the beginning, over time they will also close the passenger railway service.