Petro Poroshenko, who the day before became a defendant in the criminal case of treason at home, said that he was in Warsaw, where he was holding talks on “fighting Russia.” He promised that after he will return to Ukraine 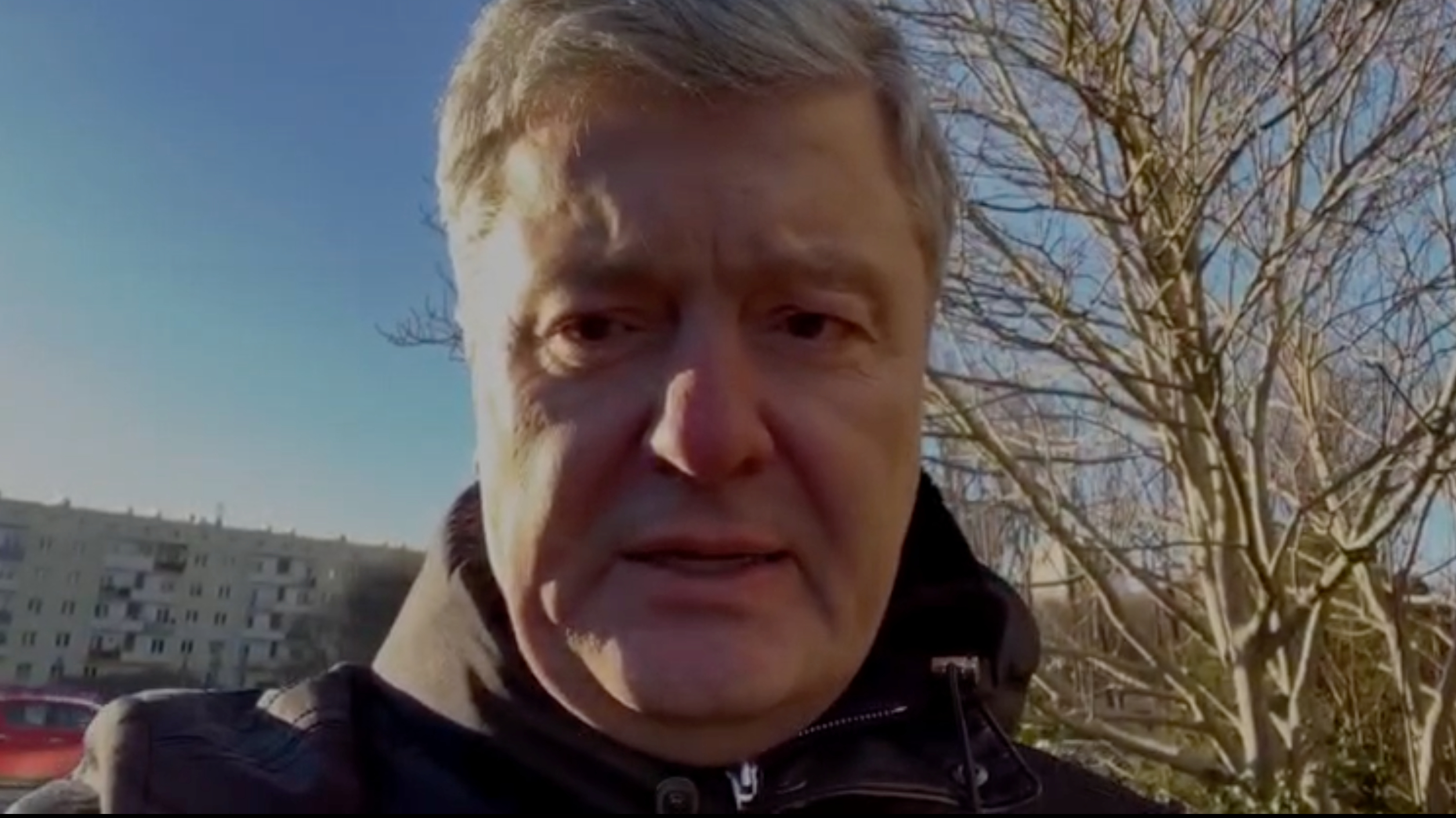 Former President of Ukraine Petro Poroshenko recorded a video message from Warsaw and announced that he would return to Kiev in January. He published the video on his Telegram channel.

On the eve of the State Bureau of Investigation of Ukraine reported that it suspects Poroshenko of high treason related to the case of coal supplies from Donbass to Ukraine in 2014-2015. In the party of the ex-president “ European Solidarity '' stated that Poroshenko was not in Ukraine and that he had gone abroad on a “ long-planned trip. ''

In a video message recorded on the street, Poroshenko says that he is now in Warsaw, where he and his associates are meeting with European politicians. The talks are “ dedicated to forming a powerful coalition to support Ukraine and counter Russia, which has concentrated more than 100 thousand military contingent near our borders, '' said the ex-president.

He said he intends to return to Ukraine in the first half of January.

“ They send me greetings from the office of the President that they will understand with understanding that I stay in Europe. I want to emphasize that I will not give them such a gift and will return to Ukraine in the first half of January, but according to my own schedule, and not according to the schedule of the powerful screenwriter of vidos, Mr. Zelensky, '', & mdash; he said.

On December 17, employees of the State Bureau of Investigation of Ukraine tried to hand Poroshenko a summons for interrogation in a criminal case on illegal coal supplies from the territory of the “ occupied '' Donetsk and Lugansk people's republics. The person involved in this case is the head of the political council of the Ukrainian party Opposition Platform. For life '' (HLP) Viktor Medvedchuk. However, Poroshenko ignored the RRB officers and left by car. On the same day, he bought a ticket and flew to Europe.

The day before, on December 20, the RRB officially announced that Poroshenko had become a suspect in a criminal case on a coal supply scheme. The ex-president is suspected of treason and conspiracy with “ a group of people, including representatives of the top leadership of Russia. ''

Subscribe to VK RBK Get news faster than anyone