Rustam Minnikhanov promised to abide by the ban for the heads of regions to be called presidents The President of Tatarstan said that the voice of the region was not heard, but the law would be followed. Tatarstan is the only region of Russia where the head is still called the president 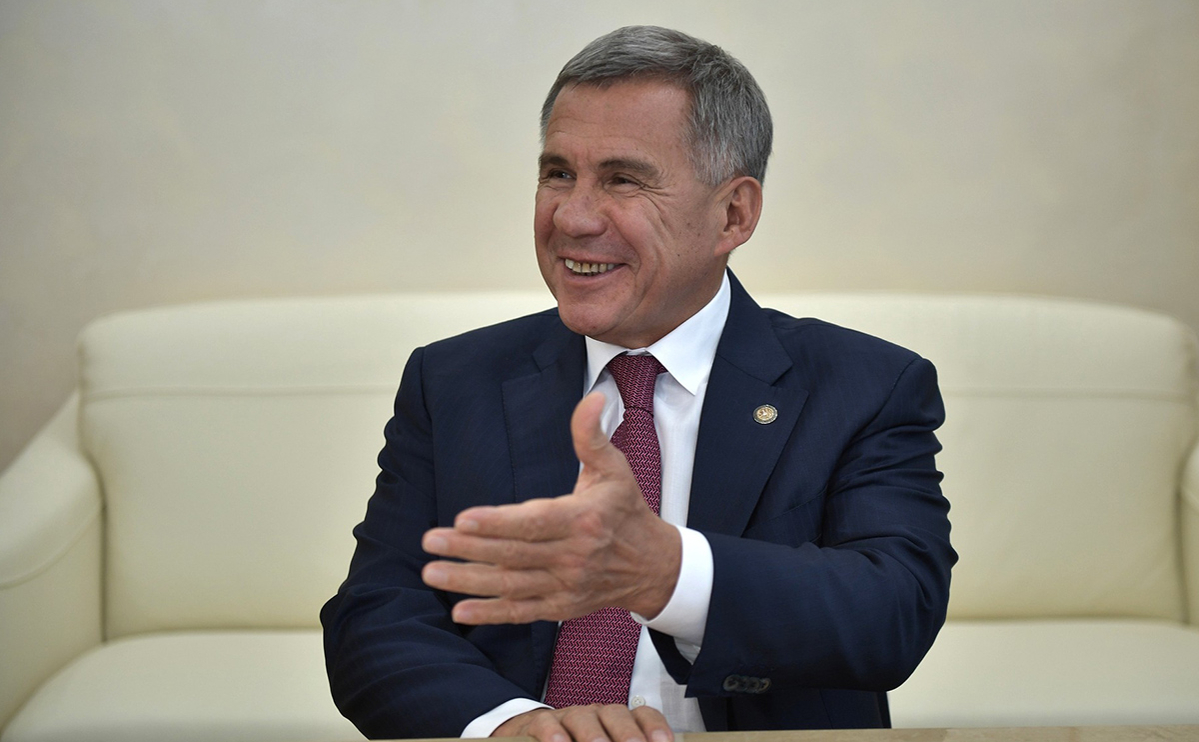 The Tatarstan authorities will comply with the law prohibiting the heads of regions from being called presidents, but the republic regrets that they did not hear her opinion on this document. This was stated by the President of Tatarstan Rustam Minnikhanov, whose words are quoted by RIA Novosti.

“ The law has already been adopted, the position of our parliament was known. It is clear that there are established historical things that are present. We must be able to listen to each other. & lt; … & gt; It is clear that the law has been passed, and we are law-abiding people. But it so happened that our voice was not heard, '', & mdash; Minnikhanov told reporters.

The head of the republic said that the republican parliament expressed its position on the bill during its consideration by the State Duma. According to him, the authors of the bill were supposed to come to Tatarstan and discuss the proposals with local parliamentarians.

“ When it came to changing the Constitution, a commission was created. We discussed it and it was a very positive experience. If the authors of this bill would have visited our parliament, they would have explained, perhaps our position was different, '', & mdash; quotes Minnikhanov's words from the State Television and Radio Broadcasting Company Tatarstan.

He stressed that the republic did not oppose categorically the entire law on public power, which contains the provision on the names of the heads of the regions. “ There were just some things we wanted to draw attention to, '' & mdash; said the president.

The law on the organization of public power in the constituent entities of Russia was signed by President Vladimir Putin on December 21, the State Duma adopted it on December 14 . He, in particular, prescribes to abandon the word “ president '' when naming the heads of regions.

The document caused discontent in Tatarstan & mdash; the only region where the head is called the president. In the republican parliament, the provisions of the bill were called contradicting the foundations of the constitutional system of Russia.

The special status of the authorities of Tatarstan was consolidated in accordance with the agreement on the delineation of powers between Russia and Tatarstan, concluded in 1994. However, in 2017, the contract expired, and the federal center did not renew it. Nevertheless, in 2017, the Kremlin agreed to keep the title of the position “ president '' in Tatarstan. until 2020, when the term of office of the head of the region, Rustam Minnikhanov, expired. Then a high-ranking source in the Russian presidential administration told Kommersant that they would return to the issue of changing the title of the position later, taking into account the proposals of the commission on the delimitation of powers between Moscow and Kazan. In 2020, Minnikhanov was re-elected to this post.

The law also gives the heads of the regions the right to be elected more than two times in a row and enshrines the president's right to remove the leaders of the subjects of the Federation in connection with the loss of confidence. The document gives the regions the right to independently determine the maximum number of terms for which the head of the subject can be elected. Also introduced a single term of office & mdash; five years. At the same time, the law states that only a Russian who does not have a residence permit or citizenship of another country can lead a region.

According to the law, the names of regional executive authorities will also be brought to a single standard and will be called “ government ''; .

The document comes into force on the day of its official publication, however, different terms are provided for its different provisions. In particular, articles on the names and powers of the heads of regions come into force from June 2022.

Subscribe to RBK FB Get news faster than anyone