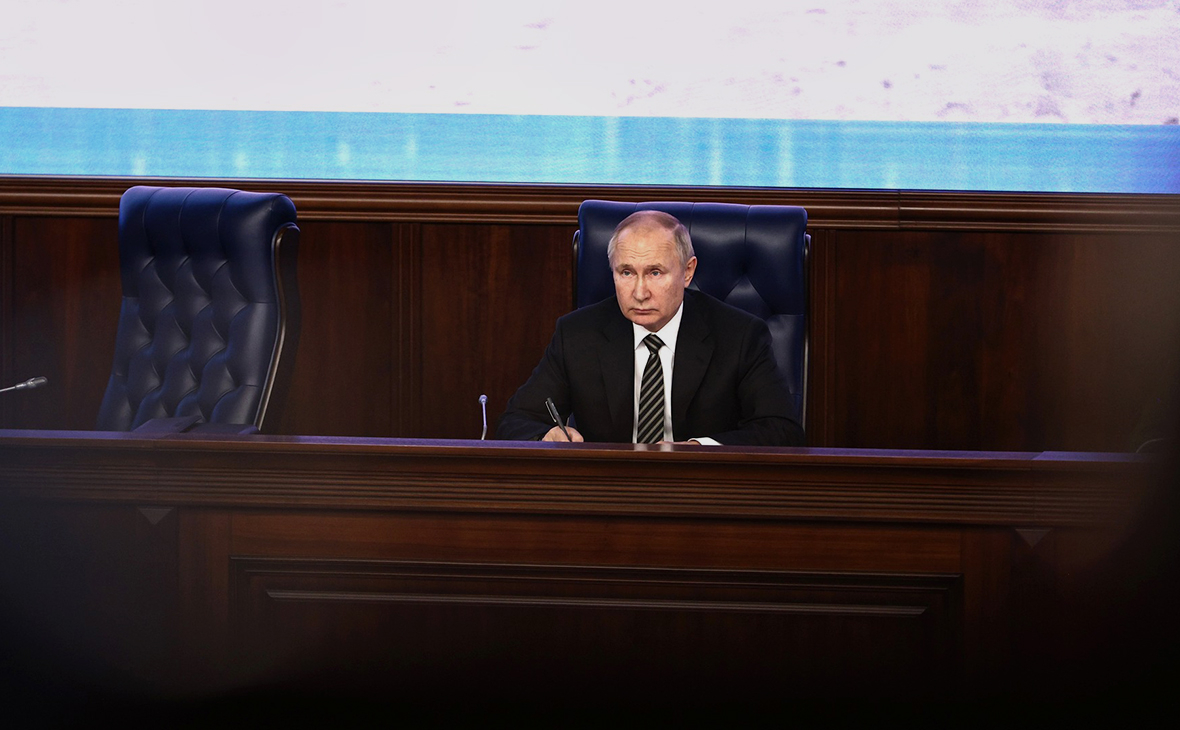 The US can arm extremists from Ukraine and send them to Russia, including to Crimea, President Vladimir Putin said at an expanded meeting of the board of the Ministry of Defense. The broadcast was hosted by the Russia 24 TV channel on VKontakte.

“ Under this cover they will arm and push against Russia extremists from a neighboring state. Including certain regions of Russia, well, let's say, Crimea '', & mdash; Putin noted.

He said that the United States can deploy hypersonic weapons on the territory of Ukraine when they are fully developed. At the same time, Russia sees threats and will not be “ weak-willed '' look at them.

Earlier at a meeting, Defense Minister Sergei Shoigu said that US private military companies were preparing provocations with “ chemical components '' in the Donetsk region of Ukraine. According to him, there are more than 120 employees of companies in the region who are preparing the Ukrainian military for “ special operations and active hostilities. ''

Shoigu said that NATO is moving troops to the “ eastern flank '' and thus develops the territory of Ukraine. Alliance soldiers are trying to attract non-aligned states & mdash; Georgia, Moldova and Ukraine & mdash; to action against Russia, the minister noted.