Destructive news of the last week

Someone, of course, can say about the current situation – break not build. But even the most beautiful house, if its design basically contradicts the laws of the universe, will inevitably begin to crumble on its own. It is this self-destruction of the global liberal project in a collision with reality, including in our Russian expanses, that we are now witnessing. Over the past week, architectural excesses have been falling off the building in large chunks – you just have time to dodge. 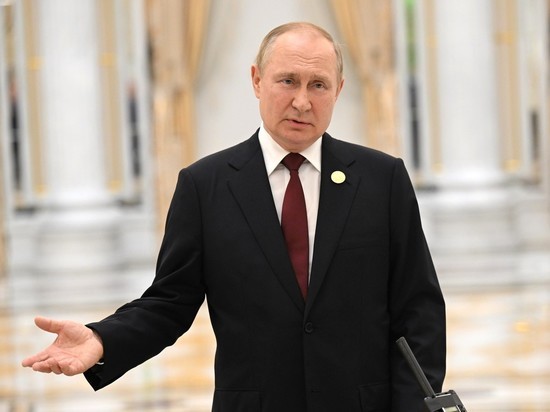 Let's start with pigs and cats. “Slippery Piglet”, as the British press calls him, Boris Johnson did not get out this time. Any Russian person, because, according to statistics, Russia — the most “feline” country, it is clear that Johnson's fate was sealed after the cat Larry — Official Pied Piper of the British Premiers' Residence in Downing Street. Larry's social media account posted the following: “I can no longer live with this prime minister in good conscience. Either he leaves or I do. And Johnson said he was leaving.

Here, of course, it is interesting how events developed. Johnson was tried to be slapped first for drunken parties during covid restrictions. It didn't work out. But now the reason for the resignation was an amazing scandal. Johnson's fellow party member, the head of the disciplinary (you can laugh here) committee, Chris Pincher, swelled up in zyuzyu and began to harass his comrade. As it is written in the protocol from the words of the victim, “he took me by the fifth point, then slowly began to move his hand to my groin.” Well, he whispered something in his ear about a possible position in parliament.

When all this sodomy got out, the list of applications for resignations from ministers — as many as fifty pieces per day. What is strange — Pinscher did not pester a woman, but a man, — And this is now kind of like the norm and socially approved. But no. The agenda is the agenda, and the Tories — conservative party. In general, the chair under Johnson finally wobbled, and Larry the cat pushed Boris into the cellar with his paw.

It is clear that sodomy was only a pretext. In fact, there are complex games — and failed foreign policy did not suit the local establishment (Britain still fails to restore imperial greatness), and internal problems irritate the population. A lot of people don't like going to McDonald's. wash to save money, or buy instructions (for 20 pounds) in the house chat on how to twist the electricity meter readings.

The slippery pig flew first. Estonian Prime Minister Kaja Kallas resigned last week. This is the one that “no one should call Putin” and who boasted that, “escaped from Russian occupation,” her country was in the top countries in the index of economic freedom. But something went wrong — the government needs to be reformatted.

And at the end of the week, Chancellor Scholz was taken for the same place as Johnson, — presented a lack of moral guidance. At least nine women were drugged with “rape drugs” at a private event with the participation of Chancellor Scholz and deputies, reported in the Social Democratic Party, — written by the German media. A good excuse to resign, but misleading. It is worth paying attention to something else. In the spring, the German authorities said that they would get rid of Russian energy resources. And now they blame Russia for the energy crisis. Adding to the absurdity of the picture is Peskov’s fresh assurance that Russia is capable of saving Europe from skyrocketing energy bills (in Augsburg, Germany, they are already thinking about turning off traffic lights) and become a guarantor of Europe’s energy security. In the meantime, they are there with a turbine for Nord Stream; get out. Turbine stuck in Canada due to sanctions, and Gazprom said that then there would be no gas — the gas pipeline does not work without a turbine. What to do? German industry can stand up. And so a brilliant idea was born — we will give the turbine to the Russians so that they can supply us with gas, and thus we will punish the Russians by not being able to capitalize on the increase in fuel prices.

Some sanity is shown there, perhaps, only by the military. Those who either resist the supply of heavy weapons to Ukraine, or demand that they be delivered castrated — without modern electronics. Because quite reasonably believe — all this beauty will be sold. And at best — Russian, at worst — barmaley. Remember, some time ago, Uralvagonzavod thanked Macron for two Caesar howitzers brought to the enterprise from Ukraine? Recently, the Bulgarian Military publication, citing its sources in the command of the armed forces of France and Interpol, wrote that the Ukrainian military sold two Caesar self-propelled guns received from France. I wonder who? Yes, and the head of the Bureau of Economic Security of Ukraine, Vadim Melnyk, admitted that his department recorded the repeated sale of aid coming from the West, including military goods.

And now, against the backdrop of all these gray-brown clouds of dust from the plaster crumbling from the global liberal house, Putin comes out and says: we haven’t really started anything yet. And this — used to say “Chinese”, now it's worth saying “Russian” — last Russian warning. By the way, there is a reason to argue with Dmitry Medvedev, who said that Russia has regained the greatness of the Soviet Union and is now considered with it, as with the USSR once. Haven't returned yet, as you can see. It was enough for the USSR to bark once, as everything fell into place. But the journey of a thousand miles begins with the first step. The first step has been taken. Judging by Putin's words (the West intends to fight to the last Ukrainian — and this is a “tragedy for the Ukrainian people”), there will be a second and a third.

And Putin very carefully began to undermine the fifth column. From below it is already being demolished — the people have an identification system “friend or foe”; works one hundred percent (as a fresh example of «B-2» was booed and cursed at the Super Bowl in St. Petersburg because of their position on the NWO). But the officials are not very — someone called this group. Our bureaucracy, like a diode, has only one-way conductance — top down. Therefore, at a meeting with the leaders of the factions of the State Duma, the president said: “Summer, the holiday season, cultural life, exhibitions, and the guys plow there under bullets, risk their lives and lose their comrades in battle. For the Motherland. We need a nationwide agenda to support the Armed Forces. It is extremely important that our soldiers feel this support. Literally the next day, a huge poster with a portrait of our Russian warrior — Guards Junior Sergeant Arsen Idilov — and the inscription “Glory to the heroes of Russia!”. It's been 4 months since the SVO has been going on. What prevented you from doing this before?

Yes, everything is the same — unsuccessful attempts by our elite to fit into the beautiful liberal house of the West, and not build our own here on the rocks. Myriad “I” where each “I” considers himself a god, — it's sand. An unreliable foundation.