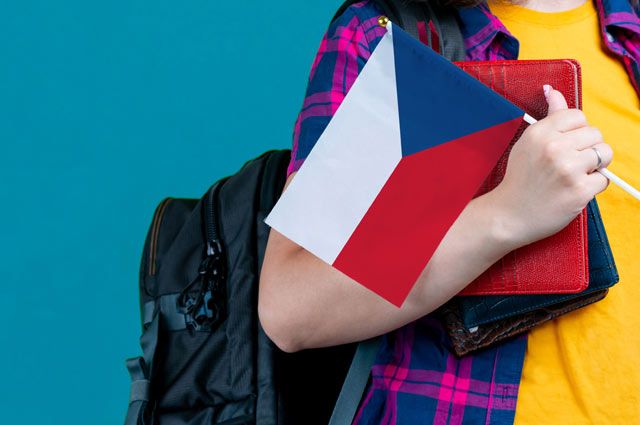 A professor at a Czech university advised a student from Russia to stage a coup d'état at home in order to get a grade from him. So he answered the girl's request to postpone the exam or take it online due to the inability to come to the session.

Last fall, our graduate entered the University of the Czech city of Ostrava to get a degree in biology. She transferred there after a short study at one of the Moscow universities, as it seemed to her that the necessary disciplines were better taught abroad. But now, instead of studying them, she runs the risk of dropping out of the university, despite all her efforts in her studies and faith in the quality of European education. Big politics got in the way of the student, because of which the Czech professor refused to enter into the position of a Russian woman who was not able to come to the session.

In February, the girl returned to Russia due to the deterioration of her health and planned to return to the Czech Republic in the spring. But after the start of a special military operation in Ukraine, due to Western sanctions, a trip to Ostrava became a big problem. Transportation costs have increased significantly, bank transfers and our cards have been blocked in Europe. At the university, the Russian woman was advised to ask the teachers to postpone the exams to August or take them online. Four scientists entered into the position of a student, but one, instead of helping, actually called her to overthrow the government in Russia.

In response to the request of the girl, Professor of the Department of Biology and Ecology of the Faculty of Natural Sciences Marek Eliashas if he decided to teach a lesson in political science. But his reasoning turned out to be unoriginal and was reduced to the hackneyed postulates of Western anti-Russian propaganda. The man aggressively offered to “provoke a political coup” in Russia and overthrow the president, “even if it means risking some time in prison.” The student considered this answer inadequate, discriminatory and, in fact, mocking. In an interview with journalists, she noted that in the event of an arrest, she would certainly not be able to pass the exam, since the Czech Republic does not issue visas to people with an outstanding criminal record.

The girl complained to the university management that now she was afraid to get an assessment from Professor Eliash not for knowledge, but for belonging to Russia. This is despite the fact that she did not voice her political views to him and did not argue about anything. The university answered without firm confidence that such discrimination was impossible: “We don’t think that the teacher will evaluate your knowledge on citizenship.” In fact, Eliash's words were supported there. True, his colleague, ProfessorZdenek Dyurisch expressed the opinion that the biologist wrote too much in the letter, and, “apparently”, the student was discriminated against. He believes that the issue with the exam could be resolved without affecting politics.

As a result, the Russian woman could not pass the exam on the subject “biodiversity of protozoa and fungi” on time. She admitted that after the answer she received, she was not at all eager to check the impartiality of the Czech professor. Now she has only one option left: to take an academic leave for six months, although this may not save her situation. By January next year, the student’s visa will expire, and the Czech Republic has banned their issuance to Russians until at least March 2023. Unless there is a sudden change of power in this country itself, most likely, the girl will have to forget about the European diploma. Understanding where everything is going, she is already considering the possibility of returning to study in Russia.