Brussels will not affect relations between Moscow and Washington

The beginning of the upcoming 2022 runs the risk of not being full of festive events, at least in terms of the international agenda. As early as January 10, representatives of Russia and the United States have scheduled bilateral talks on security issues. The European Union also wished to “join” them. However, judging by the available information, other negotiating formats are envisaged for Brussels. The question is whether all the appointments will become really productive or will turn into a banal “checking of hours”, when everyone “stays with their own.” 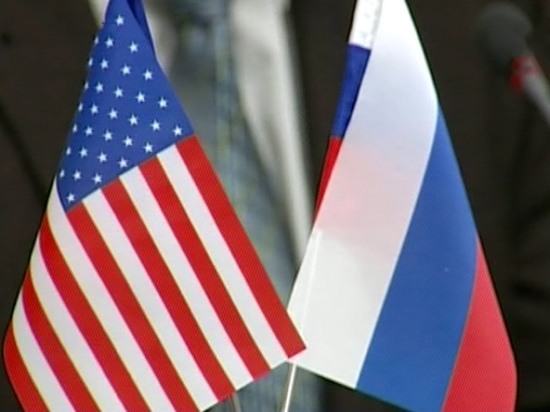 Talks between Moscow and Washington are scheduled for January 10 and are expected to take place in Geneva. The agenda of the upcoming meeting is extensive: it includes the expansion of NATO to the east – which in recent weeks has been called a threat by both Russian President Vladimir Putin and Russian Foreign Minister Sergei Lavrov – and the situation in Donbass, and much more.

Himself the format of the Moscow-Washington talks is not surprising in itself, but it was not without surprises: the High Representative of the European Union for Foreign Affairs and Security Policy Josep Borrell, in an interview with the German newspaper Die Welt, said that Brussels did not intend to stand aside and would like to participate in the Russian-American process.

“We do not want and cannot afford to be outside spectators, through whose heads decisions are made,” the head of European diplomacy noted.

Meanwhile, as the head of the Center emphasized in a conversation with MK International Security Institute of World Economy and International Relations of the Russian Academy of Sciences Alexei ARBATOV , the European Union (like NATO) simply does not “attach itself” to the Russian-American dialogue on strategic stability.

“The North Atlantic Alliance and the EU are, of course, invisibly present in this process, but they are not directly involved in the negotiations,” the analyst noted. – We are now talking about the Russian-US meeting scheduled for January 10th. Another, broader Russia-NATO forum, appointed later, of course, includes the EU states, since among the 30 members of the Alliance there are 20 countries, that is, two thirds are both EU members, and they will be present in any case. ”

Separately, countries that are members of the EU, but not NATO, such as Finland, Sweden, Austria, will not be invited there. However, one representative from the European Union, of course, may be present there, and there are already precedents, reminds Arbatov: when the negotiations on the nuclear deal with Iran were underway, the seventh participant was an EU country that was not part of the main negotiating group (meaning Germany. – < strong> “MK” ).

“This form of participation is quite possible even now,” the expert admits. – In addition, the idea of ​​discussing security issues within the OSCE has already been voiced: of course, the EU will participate there. But then the formal representation of the European Union and NATO as such becomes meaningless: the OSCE agreements cover all the players involved, regardless of their bloc affiliation. ”

Concluding the topic of the talks scheduled for January 10 in Geneva, the expert reminds: both Russia and the United States will inform their allies, but they will prefer to lead the process themselves. European participation in this case is not expected, as, for example, China, which is, in principle, an interested party, especially in the conditions of alliance with the Russian Federation and confrontation with the United States.

The very fact of early negotiations between Russia and – in its many-sided incarnation – Western countries, it is rather a positive signal. At the same time, it seems that all parties understand that it is impossible to find breakthrough points conducive to de-escalation, let alone a compromise, in the short term.

Nevertheless, both politicians and political scientists note that there is an active dialogue between Russia and the West can become a deterrent (and, if lucky, a stimulating factor in a peaceful way) against the backdrop of the sagging activity of the same “Normandy format” in Ukraine. Kiev has repeatedly expressed its desire to continue full-fledged negotiations on the Donbass issue, but Moscow is skeptical about this idea, given the situation in the region and continues to exclude itself from the parties to the conflict. Given the dependence of the Ukrainian authorities on the American White House, it is quite possible that it is the bilateral negotiations between the Russian Federation and the United States that will move the Donbass issue off the ground.