Moskalkova confirmed a new exchange of prisoners with Ukraine, which Kyiv had previously announced. The Ombudsman is also working on the return to Russia of Rosatom employees who brought cargo to the Rovno NPP in February 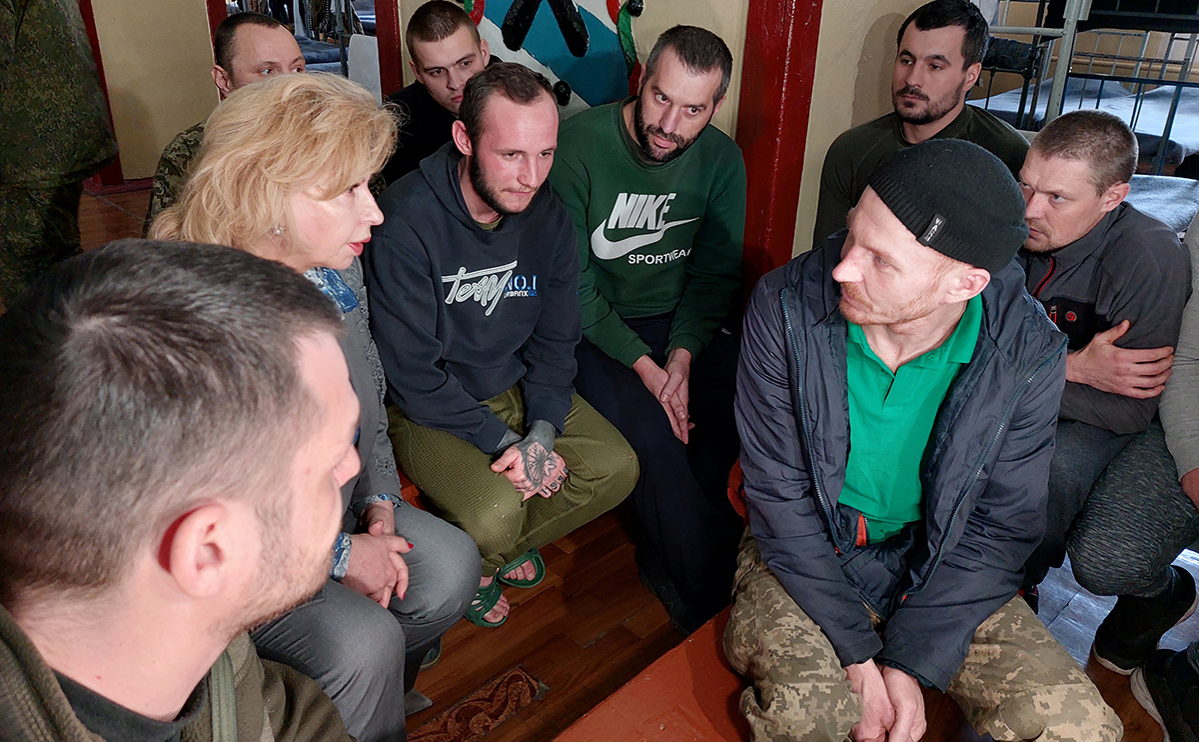 Ukraine and Russia exchanged prisoners according to the formula “86 to 86”, said Commissioner for Human Rights Tatyana Moskalkova.

“I confirm that the exchange in the format” 86 to 86 ” took place»,— quotes the Ombudsman of RIA Novosti.

April 1, Deputy Head of the Office of the President of Ukraine Kyrylo Tymoshenko said that 86 soldiers, including 15 women, were transferred to the Ukrainian side as part of the exchange of prisoners.

Moskalkova also said that four employees of Rosatom, who were at the Rovno NPP at the time the special operation began, were supposed to be on the exchange list, but they were excluded “because of mirroring.” “The Ukrainian side believes that civilian Ukrainian people should be released in a mirror image, their list has been handed over to me, and while I am working on it,” — Moskalkova said. The Ombudswoman added that work is underway to return 90 truckers.

The last time the exchange of prisoners between the parties was reported at the end of March. Then Russia and Ukraine exchanged according to the “10 for 10” scheme. In addition, Kyiv handed over to Moscow 11 civilian sailors from the ship Millennial Spirit (the flag of Moldova), which was hit by a shell at the end of February, the Russian side handed over to the Ukrainian side 19 civilian sailors from the Sapphire rescue ship, which itself was also returned to Ukraine.

According to the official representative of the Russian Foreign Ministry, Maria Zakharova, two more exchanges took place before that. As part of one of them, in exchange for nine Russians, the mayor of Ukrainian Melitopol was transferred to Kiev.

Read on RBC Pro Pro You want to open contract manufacturing in China. What to prepare for Articles Pro Income of individuals: how long entrepreneurs can stay in the shadows Articles Pro Why the Western concept of employee happiness does not take root in Russia Articles Pro How salaries of couriers and drivers grew in Russia Articles Pro x The Economist What happened in Sri Lanka: as a country mired in debt and crisis Articles Pro Top career questions: what worries employees today Articles Pro Deadly meta: why digital is killing marketing Articles Pro This crisis is different. What will happen to real estate this time Articles Subscribe to VK RBC Get news faster than anyone else