“When pressure starts on us, we have a breakthrough”

Recently, VTsIOM made a statement that the level of Russians' trust in President Putin has become one of the highest in 20 years. The rating of the head of state was a record 79.6%, which could not be achieved even during the Crimean spring. The proportion of respondents who approve of the government's decision to conduct a special operation in Ukraine is also growing. In March, they turned out to be 74%, which is 9% more than during the first survey at the end of February. Surprising is the fact that the VTsIOM data is also confirmed by the foreign agent Levada, whose polls usually give less positive figures. The pro-Western center also reports that the president's approval rating has reached 83%. What makes Russian society unite against the backdrop of unprecedented sanctions and why the level of optimism and confidence of the absolute majority in overcoming sanctions and economic growth is growing, MK Natalya Lindigrin, executive director of the ANO Institute of Regional Problems, said. 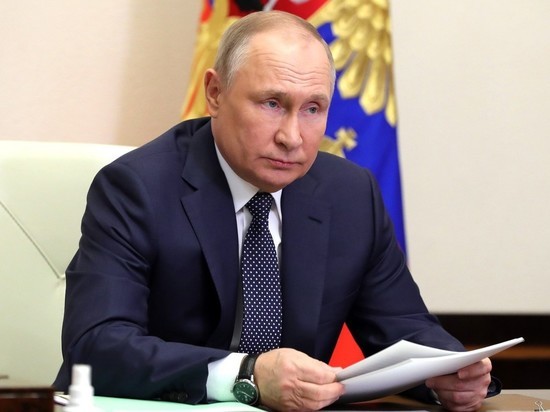 – It is impossible not to notice that the more the pressure of the West goes on, the more the information war unleashes, the more Russian citizens and residents of our country rally around their president, the higher the level of support for his actions. Not only personal trust in Putin is growing, but also in the Russian army. At the same time, perhaps our Western “friends” we counted on the opposite effect: the longer the special operation goes on, the more we will be disappointed in it. How they will explain this paradox to themselves, I do not know. The only thing I can say is that they probably don't know us very well. They have bad analysts and advisers, therefore, in order to understand our mentality, you need to come and live in our country. When they start to frighten us, we are not afraid, but we become embittered and gather against the enemy.

– Undoubtedly. We live calmly and stably, each one gets used to his own conditions, if they do not touch us. But when they start to put pressure on us, at that moment there comes a breakthrough. Against all odds. Contrary to all reports, there is a desire to get to the bottom of the truth, to form your own opinion on the situation. When we talk now with the townsfolk who were not previously interested in politics and the media in general, we see this. Today everyone knows the word “fake”, everyone analyzes the news. This is a normal reaction to the information war. In addition, there is also a reaction to sanctions pressure. For example, even if people used to go to McDonald's and take their kids there, now when they close it they say, “Yes, for God's sake.” One has only to go to any region and talk to the residents, you will see it for yourself. Moreover, we are talking not only about the older generation, but also about the youth. The story that in our country it is possible to form some kind of fifth or sixth column from the young by proxy is untenable.

– Yes, and in addition, the daughter of the king will take as his wife. This is true. In addition, we have a very high faith in justice. That is, if we believe that now we are restoring justice, then everything will not only be good, but even better. This gives us strength and the right to believe in a positive outcome of the current situation. We can even safely refuse something if we believe that we are doing what is right.

– I am sure that any decisions that our president makes are hard. We cannot say that we prepared for this, walked, planned it as a favorable combination of circumstances for us. There were reasons for this, but we did not prepare them. But, of course, the current situation is an opportunity. This is an opportunity to put everything in its place. We see that in many ways the West and America are turning the picture of the world upside down. White is called black and black is white. On the one hand, we didn't want conflicts, but on the other hand – it is an opportunity to make the world order fairer.