All telephone conversations, groups on social networks were wiretapped

The Security Service of Ukraine (SBU) has begun total surveillance of all citizens of the country. And not only. Even representatives of the Ukrainian diaspora abroad fall under the control of the SBU, primarily in the “free” diaspora. Europe. This morning, many Ukrainians received on their phones an official message from the SBU about the beginning of general surveillance. This was told by “MK” military expert Captain 1- rank in the reserve Vladimir Gundarov. 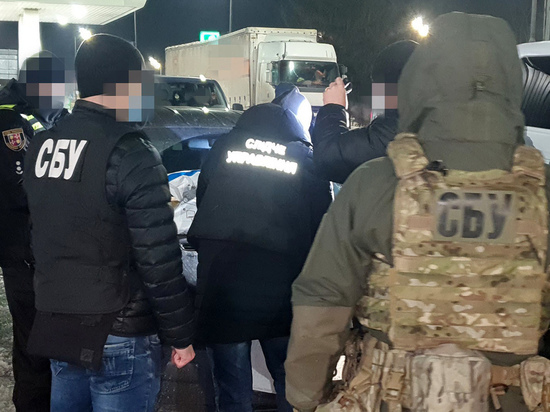 At one time, Vladimir graduated from the Lviv Military School, has many friends in Ukraine, with whom he maintains close contacts. And here what he said:

– This message was forwarded to me this morning by my friend from Germany. The message was posted on the social network, in the group of the Ukrainian diaspora. He himself is Ukrainian, and also communicates with his relatives and friends at home. According to him, all of them, including him, who lives in Germany, received a similar warning in Ukrainian on the phone. I will translate it into Russian.

It says: “In  due to the circumstances in our country, new rules for communicating on the Internet will apply from tomorrow: All calls will be recorded. All WhatsApp messages and calls are recorded. Twitter is monitored, Facebook is monitored, all social networks and forums are monitored. Inform those who do not have access to the official websites of Ukraine approved by the SBU.

All devices are connected to departmental CDMX systems. Be careful not to send unnecessary messages or information that is contrary to laws and morals. Avoid sharing confidential information with your friends and family. Tell your children and be very careful! It is very important to deliver this message today. Because from tomorrow another form of surveillance is already operating in the country. Just send the information to all your family and friends. And remember: everything you write or say can be used against you, even any joke!»

But this message is not a joke, explains Vladimir Gundarov. – In Lvov in Soviet times there was a joke about a large gray building of the KGB on Ivan Franko Street. A tourist points to him and asks: “Is this a state bank?” The guide replies: “No, it's state fear.” And now a real state insurance has come to Ukraine.

“People are afraid to communicate,” says Gundarov, “a neighbor can “snitch”, and either the esbeshniks or scumbags from the local extremist organization of nationalists and neo-fascists will come to you. My friends from Lvov tell me about this. And snitching is encouraged. People are sure that bots react to certain words and record their telephone conversations. And now this fear is spreading not only within Ukraine, but also beyond its borders, in the Ukrainian diasporas of people living in Europe.

Gundarov says that the same acquaintance of his who forwarded the SBU message to him said that he communicates in Germany with his compatriots, among whom there are many Bandera. Those organize various actions, collect humanitarian aid for their own, who remained in Ukraine, and control each other in the diaspora. In support of this, he said that he had already been asked why he had not recently been at the rally and brought humanitarian aid “for the defenders.” but also officials. Mayor of Ivano-Frankivsk Ruslan Martsinkiv wrote on his Facebook page: “The enemy attacked Ivano-Frankivsk airport. Please do not distribute photos and videos of explosions! We understand why the alarm system did not work. Ukrainians will have to suppress this fear for a long time. After the Great Patriotic War, it was obsolete for almost ten years. Now, maybe they can do it faster. We wish them success in this.