A “perfect storm” of problems hit the island nation

On Saturday, July 9, thousands of protests swept the capital of Sri Lanka, Colombo. Due to the plight of the country, the protesters demanded the resignation of President Gotabay Rajapaksa and all his associates. Demonstrators stormed the residence of the head of state and burned down the house of Prime Minister Ranil Wickramasinghe. The Sri Lankan leader is expected to leave his post on July 13. The expert spoke about the prospects for the development of the situation.

Instead of the peaceful march planned for that day, the demonstrators broke through the police barriers and seized the presidential residence. Once there, they ate in his kitchen, settled in the rooms, walked around the house and even swam in the pool.

According to the local Daily Mirror newspaper, the protesters found “millions of Sri Lankan rupees” in the head of state's mansion. A video has gone viral on social media showing them counting the money they found. According to preliminary data, there were about 18 million rupees (three million rubles). It is reported that subsequently all funds were transferred to security units.

The former Ambassador of Sri Lanka to Russia, Udayanga Weeratunga, who is in Colombo, said that President Rajapaksa, after the storming of the residence, probably already left the country by plane. He added that the head of state handed over the letter of his resignation to his authorized representatives. Depending on the situation, they will have to announce it. However, this information has not yet been officially confirmed.

Already in the evening, crowds of protesters approached the residence of Prime Minister Ranil Wikramasinghe and started a fire there. Sri Lankan politicians, including opposition ones, strongly condemned the arson of the prime minister's house, stressing that violence has never been a way out of the situation. They also noted that earlier Wickramasinghe donated it to King's College, where he received his education.

Currently, law enforcement officers have detained three people on suspicion of setting fire to the prime minister's residence. The police are investigating whether someone else was involved in the incident.

During an emergency meeting, the leaders of the Sri Lankan parties called on the president and the prime minister to resign, appoint the speaker of parliament Mahinda Yapa Abeywardena as interim president, elect a new head of state from members of parliament within 30 days, appoint an interim all-party government and hold elections in the near future.

Later, the speaker of the country's parliament announced that the president would resign on July 13 in order to “transfer power peacefully.” The prime minister, for his part, agreed to leave his post only after the formation of a new government, consisting of all the parties of the country, which would ensure a majority in parliament.

“In order to calm the protests in Sri Lanka, it is necessary that some kind of interim government be formed and early parliamentary and presidential elections be held,” comments Boris Volkhonsky, associate professor at the Institute of Asian and African Countries at Moscow State University. – Despite the fact that the presidential party “Front of the Common People” has a majority in parliament, the rapid decline in the popularity of the head of state means that she will inevitably lose the trust of the population. Therefore, it is necessary that such elections give at least some legitimacy to the new presidential, parliamentary and legislative power.”

According to the expert, it is currently quite difficult to say who can win these elections, including because the opposition is fragmented in the country, and the Rajapaksa brothers, apparently, are figures of a bygone era.

Watch the video on the topic

“For example, in the opposition or semi-opposition environment, there are politicians such as the current prime minister Ranil Wickramasinghe and former presidential candidate Sajit Premadasa,” the political scientist continues. – Previously, they belonged to the same party, and about a year ago there was a split between them. I am not sure that they will be able to present a united front.

As often happens: people unite against something and achieve their goal. But then a situation arises when you need to unite for something. And here the ambitions of leaders are already waking up. Therefore, even if the Sri Lankan opposition manages to form a government of popular unity, it will by definition be transitional – that is, it will perform its duties for a limited period of time. In total, it will be able to exist for about six months.”

Moreover, one must understand that the deep economic problems that actually led to this crisis will not be eliminated from the rearrangement of persons and figures in power, the expert believes. This requires serious changes in economic policy within the country and some assistance from external players. Because one of the key problems is connected with the colossal external debt of Sri Lanka.

“The state of affairs in the country has really come to a standstill,” summarizes Boris Volkhonsky. “Experts often call this the “perfect storm,” a phenomenon in which several negative factors come together at once. This is exactly the situation in Sri Lanka right now.”

Sri Lanka is experiencing its worst economic crisis since independence in 1948. The tourism sector, a key source of foreign exchange, has been hit by the COVID-19 pandemic, leaving local authorities unable to purchase enough fuel. At the same time, the external debt of the island nation is approximately $51 billion.

In addition, the island nation is experiencing an acute shortage of food, medicine, gas and other essentials. A large number of Sri Lankan areas are facing constant power outages.

Capture of the presidential residence and arson of the prime minister's house: footage of the revolution in Sri Lanka 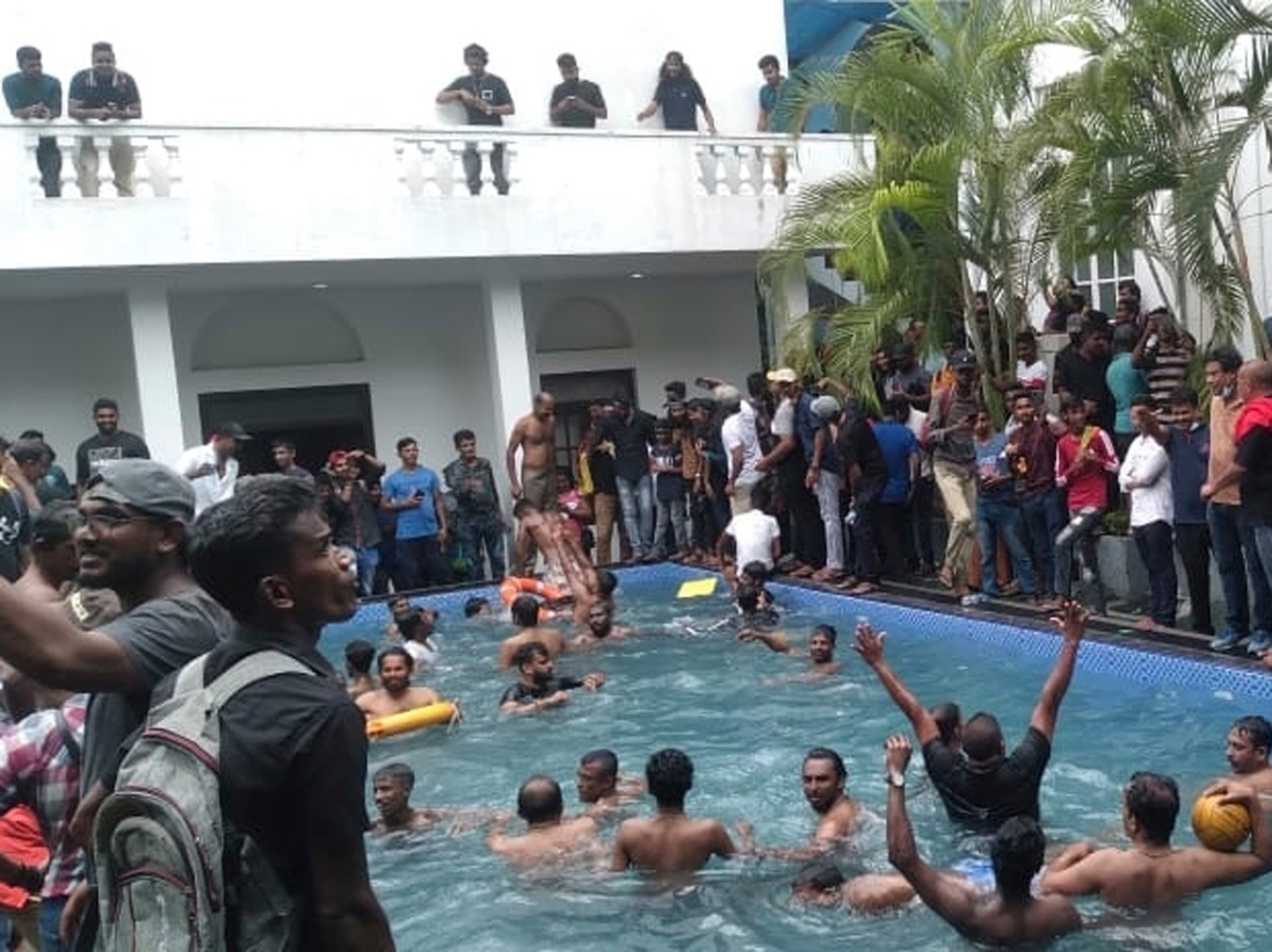