April 1 is the last day when State Duma deputies, like other officials, must submit income and property declarations for last year 2021. Within 14 working days, that is, not earlier than mid-April, they will be published, despite the extraordinary circumstances, the speaker of the State Duma confirmed. A recently introduced bill proposing to “close” the declarations of Russians who have been sanctioned for society has not yet been adopted, and its fate is not yet clear. 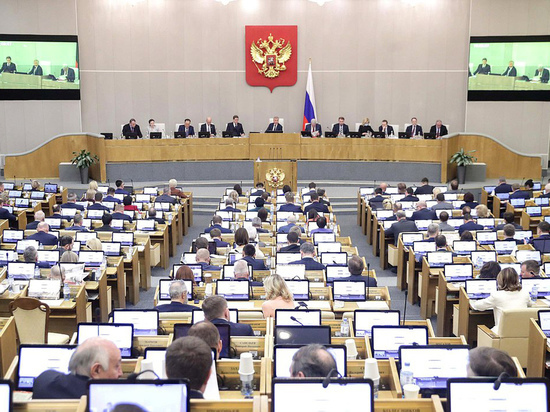 Annual declarations on cash income, property (land, housing and vehicles) owned or used, as well as on major purchases President, Prime Minister and ministers, employees of the presidential administration, State Duma deputies, senators and other “persons holding state positions of the Russian Federation”, as well as the army of federal and municipal officials, must be submitted no later than April 1.

At the same time, declarations of the spouses (spouses) of these officials and their children under 18 years of age must be submitted. After processing, the information from the declarations is partially presented to the general public, and they can be found on the websites of the relevant authorities, structures and departments.

By the morning of April 1, the speaker of the State Duma said in his telegram channel, the requirements of the law “On Combating Corruption” had been met. and other anti-corruption documents 443 out of 450 deputies. Vyacheslav Volodin asked those who have not yet reported to “submit declarations on time.” Recall that failure to submit declarations on time threatens deputies with deprivation of mandate. But lies in the declaration or incompleteness of the information provided – no, they do not threaten.

By the evening of April 1, the speaker announced: the declarations were handed over to one and all!

At the same time, Mr. Volodin asked not to believe the sounding, in his words, “recently” statements that “information about the income and property of deputies of the State Duma this year will not be published.” This is not so, the speaker warned: “We are talking about the implementation of the norm of the federal law on the status of a deputy, it is valid. No changes were made.»

Mr. Volodin did not specify where the rumors came from that the declarations would not be published this year due to emergency circumstances. And these rumors, it should be noted, were not completely groundless.

The fact is that on March 5, 2022, deputy Vladislav Reznik ("ER") introduced a bill to the State Duma that proposed exactly this: do not publish declarations of officials at different levels, federal and municipal officials, the leadership of the Pension Fund, the Compulsory Health Insurance Fund, the Social Insurance Fund, the Central Bank and state corporations, if these citizens themselves or the bodies (structures) in which they work fell under “restrictive measures”, that is, sanctions.

At the same time, the deputy proposed to allow not to publish information about the expenses of the above persons: they, their spouses and small children, as you know, are required to submit information on all acquisitions of land and other real estate, shares and other securities simultaneously with declarations of income and property, if the total the amount of the family's purchases for the year will exceed its declared income for the previous three years, and explain the sources of funds for these purchases.

In an explanatory note, Mr. Reznik explains: everything is for the sake of protecting “the rights and legitimate interests of citizens in connection with the unfriendly actions of foreign states and international organizations.” In his opinion, the ban on the publication of information from the declarations will help “prevent the possibility of using” of this information “to exert pressure and (or) influence on the persons presenting this information and members of their families.” At the same time, it is proposed to prohibit the provision of information from declarations at the request of the media.

It's hard to say what else they can learn in unfriendly countries or international organizations from declarations published in a very truncated form that they have not known for a long time.

Firstly, information about expenses, that is, large purchases and sources of funds for them, neither in relation to deputies, nor in relation to other officials in Russia, is not published at all.

Secondly, even what is published does not allow us to conclude almost anything. Incomes are presented in the form of a total amount in rubles, without indicating their sources, and nothing is said about the number of accounts, about which banks they are in. The names of the spouses and children are not reported. Real estate is reported only about what type it is (land, barn, bathhouse, pipeline, house, apartment, part of a plot, apartment or house), in which country it is located – without specifying the region, and its area. About vehicles – only the brand, but not the year of manufacture, which is also important for estimating the cost.

It has long been prohibited for all officials who are required to submit declarations to have accounts (deposits) in foreign banks and keep money and other valuables in these banks, since 2020 this ban has been enshrined in the Constitution. As for foreign real estate, you can have it, neither the Constitution prohibits it, nor other Russian laws.

If we talk about the State Duma, then in the spring of 2021, say, the families of 20 deputies from the ER, KPRF, LDPR and SR factions announced the presence of houses, plots or apartments abroad. After the September 2021 elections, 12 of them remained deputies. The most popular in terms of investing in real estate, judging by the declarations, was Spain: four families of people's deputies had houses or apartments there, that is, either they themselves or their wives (husbands). Real estate objects in Finland, Italy, Cyprus, Bulgaria, Switzerland, Great Britain, Latvia, Georgia and Belarus were also mentioned. Not yet included in the list of “unfriendly countries”, the Ministry of Foreign Affairs of the above only Cyprus, Belarus and Georgia.

Since the deputy corps has been renewed by half, we do not yet know the picture of the new convocation. But at the moment, only a few deputies, for some reasons that are sometimes difficult to explain to an outsider, did not fall under the sanctions of the United States, the EU or some other states, or even all of them combined. So, in the event of a ban on the publication of information about sanctioned citizens, the declarations of deputies, senators, as well as the president, prime minister, many ministers, the head of the Central Bank, we definitely would not see at all.

Mr. Reznik suggested that his initiative could come into force even before the publication of data from declarations for 2021. But its prospects are not clear at the moment. The relevant Committee on Security and Anti-Corruption has not yet considered the bill and has not given its opinion. There is no official response from the government either.

But on March 30, the co-executive committee on the financial market expressed its opinion: in the conclusion, signed by the head of the committee, Anatoly Aksakov («SR»), it is said that “the adoption and implementation of the projected norms will contribute to increasing national financial and economic security, the sovereignty of the state” , and it is proposed to support the concept of the bill.

True, it is noted that it will be necessary to amend about two dozen more existing laws, in which anti-corruption norms are concretized in relation to specific structures, services, authorities…

< p> Preliminarily the question is included in the program of work of the Duma for May. But at the moment, as speaker Viacheslav Volodin quite rightly noted, everything remains the same: current laws require some information from declarations to be published without any reservations about being burdened by sanctions.

As for the procedure for publishing income information and property, the procedure for providing information from declarations at the request of the media, as well as specifying which information should be made public and which should not, then these important details are determined not by laws, but by a presidential decree. This means that many nuances, taking into account the current situation, can be corrected if desired without the participation of parliament. Emphasize: if desired.