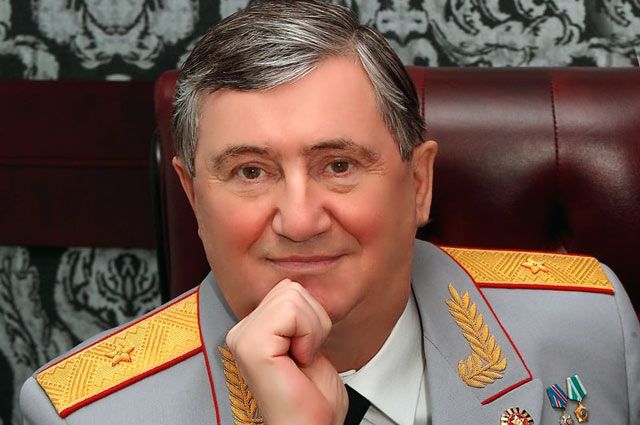 The path to the creation of the Foundation was not easy and required determination from its founders.

GVSU veterans “Center” — these are real patriots who devoted themselves to their cause without a trace — service to the Fatherland. Do your best and even a little more — it's about them. Several generations of officers, military engineers, military builders, workers and employees of the GVSU “Center” made an invaluable contribution to strengthening the defense capability of our country.

However, even such heroes of labor, like most people of retirement age, often experience problems with socialization and need help to solve health problems and improve their lives.

In November 2020 Vladimir Aleksandrovich Stratii, who led the Open Joint Stock Company Holding Company GVSU “Center” since 1998, and an initiative group of like-minded people decided to create the Fund for the Support of Labor Veterans of the Main State Military Institution of Ukraine “Center”. This organization is called upon to provide material, social and moral assistance to the builders-heroes who have worked tirelessly for the good of Russia all their lives.

However, the path to the creation of the Fund was not easy and required decisive action from V. A. Stratiy and his colleagues.

The main military construction department “Center” was established in 1964 as a self-supporting production association that organizes the construction of the most important facilities and housing on the territory of the European part of the country, as well as on the Black Sea coast, the North Caucasus and the Crimea, in the Groups of Soviet Forces Abroad (Germany, Poland, Czechoslovakia, Hungary and Mongolia). Over time, Glavk developed into a large-scale successful structure with factories, factories, educational complexes, technical schools and kindergartens. However, the main value of GVSU «Center» was his 28,000-strong team: 2.5 thousand officers, 18 thousand soldiers, as well as workers and employees.

One of the most complex, but at the same time memorable and interesting projects of the Glavka was the construction of the building of the General Staff of the Armed Forces in 1981. According to the memoirs of retired Major General V. A. Stratiya, “even to visit such a construction site for a military civil engineer — luck". “Directly participate in works of this magnitude, reach the logical end — great experience, both engineering and life”, — Vladimir Alexandrovich told later.

As part of the activities of the GVSU “Center”; military builders erected objects for the union ministries, the Central Committee of the CPSU, the Council of Ministers of the USSR, the Presidium of the Supreme Soviet of the USSR. Many of the Glavka's projects, such as the Moscow air defense ring, continue to receive the highest marks from specialists.

A new stage while maintaining the same capacity

In the 90s GVSU “Center” began to feel a chronic lack of funding. V. A. Stratiy recalls that in those years there were moments when the Glavka had nothing to feed the soldiers, they did not pay salaries to officers and wages to civilian personnel. Orders were still received by Glavk, but there was nothing to pay for them due to the reduction in the budget of the RF Ministry of Defense.

In 1998, the many thousands of staff of the GVSU “Center” By decree of the President of the Russian Federation, it was withdrawn from the Armed Forces and transformed into a joint-stock holding company. “The generals, officers and workers were required to make a decision and not get confused, — recalls Vladimir Stratiy, who at that time was the head of the GVSU “Center” and became the CEO of the newly formed holding. — They were able to do this, relying only on the solid potential of the traditions of Glaucus: devotion to their construction business, statehood in decisions and deeds.

The most important task that the company's management solved at that time was to preserve the production capacities of organizations and enterprises, as well as labor collectives and their human resources. More than 1,500 officers, formally dismissed from the ranks of the Armed Forces, remained to work in their places, which ensured the stability and reliability of work teams.

Today the veterans of the GVSU ;Centre» during anniversaries and other significant dates, they look back and soberly assess their path. They remember their professional successes, but even on a well-deserved retirement, they try to lead an active lifestyle and do not stop thinking about today and tomorrow.

For military people, to instantly step from military life to civilian — it is a difficult psychological step. Civil engineering veterans often need help — both material and moral. Thanks to the initiative of V. A. Stratiy and his like-minded people, the Fund for Support of Veterans of Labor GVSU “Center” provide assistance to those who really need it. Who better than your colleagues from Glaucus know best how to help veterans and hero builders?