British Prime Minister Boris Johnson is on the verge of collapse – local media came out with such headlines. Several members of the government (including key ministers – health and finance) resigned due to disagreement with Johnson's actions and dishonesty. Will the prime minister hold on to his post and will his likely departure be able to influence London's attitude towards Russia in the light of the Ukrainian conflict? We talked to an expert about this. 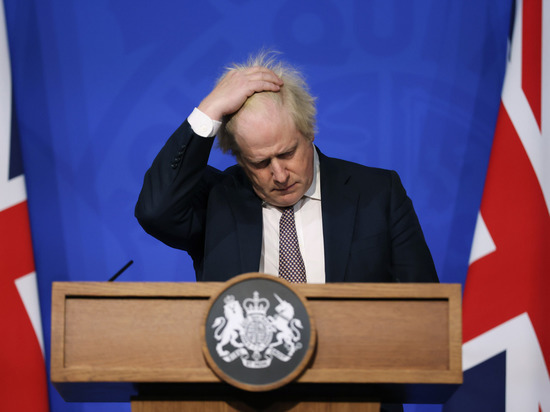 The first sign that flew out of the British government was Health Minister Sajid Javid. Commenting on his resignation, he wrote on social media that he could no longer do his job “in good conscience.”

He was followed by Finance Minister Rishi Sunak, who said the public expects Downing Street to do “correct, competent and serious work”: “I understand that this may be my last ministerial job, but I think these standards are worth fighting for.” and that's why I'm resigning.”

The departure of the two ministers was announced shortly after Boris Johnson apologized for appointing Conservative MP Chris Pincher, who was accused of drunk molesting two men at London's elite Carlton club. It turned out that Johnson, when appointing Pincher to senior positions, was aware that he had already appeared in a parliamentary investigation in connection with harassment in the past, but the prime minister turned a blind eye to this.

In addition to Javid and Sunak, several other figures of the Conservative Party decided to leave their posts – Deputy Chairman of the Conservative Party for Youth Affairs Bim Afolami, British Trade Representative in Morocco Andrew Marrison, Saqib Bhatti, Jonathan Gullis and Nicole Richards left the posts of parliamentary personal secretaries of politics. The Parliamentary Secretary at the Justice Department, Solicitor General for England and Wales, Alex Chalk, also announced his resignation.

Johnson, if he was puzzled by the resignations of high-ranking figures in his cabinet, did not give a look, thanked the departed ministers for the work done and immediately filled in the gaps that had formed. The head of the Prime Minister's Office, Stephen Barkley, was appointed to lead the Ministry of Health, and the current Minister of Education, Nadhim Zahavi, was appointed to the post of Minister of Finance. The latter, in turn, will be replaced by Michelle Dounlan, who was previously Minister of State for Universities.

Observers, however, believe that the position of Boris Johnson is becoming increasingly precarious – and if the resignations continue, it will not be easy for him to retain his position as head of government. Of course, the opposition camp also clung to what is happening. Labor leader Keir Starmer was blunt in his comments on the escalating crisis, saying that after a series of scandals and failures, it becomes “quite obvious that this government is collapsing.” At the same time, he attacked the Tory ministers, calling them Johnson's “singers”.

The leader of another opposition party, the Liberal Democrats, Sir Ed Davey called on the Prime Minister to “leave immediately.”

From the outside, it may seem that Boris Johnson only has to raise his hands and capitulate. But the prime minister has a considerable margin of safety. In addition, he retains the support of a number of ministers – among them are the head of the Foreign Office Liz Truss, and Secretary of Defense Ben Wallace, and Minister of the Interior Priti Patel.

After all, we should not forget that about a month ago, Johnson won a vote of no confidence and remained in the premiership. Recall that the reason for this procedure was the indignation of some party members of the Conservative Prime Minister with the report of Sue Gray, who investigated violations of the quarantine regime at the Prime Minister's residence on Downing Street in the midst of coronavirus lockdowns. The scandal, called Partygate in honor of these illegal parties, seriously angered the British, who – following the orders introduced by the Johnson government – were forced to be locked up, without live communication with family and friends.

On the other hand, it was during In the wake of the no-confidence vote, the current “schismatic” Rishi Sunak was among those who backed Boris Johnson at the time, praising him for his firm leadership on the anti-virus vaccine and support for Ukraine. The prime minister managed to survive, having enlisted the support of 211 out of 359 fellow party members.

However, according to a YouGov poll of British voters, only 18% of Britons think Johnson should stay in power. However, despite widespread calls for his resignation, only one in five respondents to the survey truly believe that the prime minister will listen to them.

As Aleksey Makarkin, First Vice President of the Center for Political Technologies, noted in a comment to MK, the political fate of Boris Johnson largely depends on the actions of the resigned ministers: will they try to mobilize back-bench deputies (that is, ordinary members of the British Parliament) against the prime minister . Theoretically, after Johnson got away with the no-confidence story, he has a year during which this procedure cannot be launched against him. The question is whether MPs will change the century-old rules to allow another vote within 12 months.

“Conservatives found themselves in a difficult situation: during the coronavirus pandemic, there was a concept of “public solidarity”, that is, everyone is bad, everyone must endure together,” comments Alexey Makarkin. – And when it turned out that parties were being held at that time surrounded by the Prime Minister and he himself was present there, this caused a very strong rejection of the people.

To endure all together is generally part of the British tradition. And here it turns out that someone should sit at home and cannot stick out under the threat of a fine and moral condemnation, and the elite behave differently.

Johnson managed to avoid serious claims from the state, but claims from society remained. In this situation, any next scandal could lead to a new surge of discontent. And so it happened with the latest scandal with one of the functionaries of the Conservative Party.

The Conservatives felt the negative impact, they began to lose the midterm elections in the liberated constituencies.

There are two problems. The first is whether the resigning ministers will go directly against Johnson. Because the prime minister can be overthrown, but it is not very profitable to go on the attack first (you can earn a reputation as a rebel, and this is not the best recommendation for a future prime minister). Therefore, people will carefully weigh whether it is worth rushing forward or waiting a little. Or maybe Johnson himself will decide to leave at some stage.

The second point is whether they will change the tradition that only after a year you can return to the no-confidence vote. Johnson himself, who has already appointed new ministers, is unlikely to leave.”

There is an opinion that Boris Johnson, who felt the precariousness of his position because of “Patigate”, took full advantage of the conflict in Ukraine to stay in power, taking on the role of almost the “leader of the Western world” in the confrontation with Russia. If we imagine that there will be a change in the head of government in the UK, can we expect at least some shift in the position of London in the Russian direction?

“No,” Alexey Makarkin is sure. – Because, of course, there is Johnson's personal factor, but at the same time, what he does is not only his personal political decision to strengthen his positions or to remain in the post of prime minister.

Everything is much more complicated. After all, Johnson, as prime minister, led Brexit. Britain left the EU, and it needs to assert itself, show that it is a major player. In Britain itself, there is a different approach to Brexit. Some of his supporters believe that the British should only deal with domestic affairs, stop dealing with other people's problems – European, Ukrainian, whatever.

There is another approach: Brexit is not only liberation from the Brussels bureaucracy, from dependence, but also new chances in foreign policy, when one should not look back at Brussels, but should strengthen the “Anglo-Saxon brotherhood” with America and build relations with specific European countries (for example, with Poland, which has developed difficult relations with the leadership of the European Union). Johnson and the leadership of the Conservative Party are taking exactly this approach.

If Johnson leaves, then a person expressing similar positions could become prime minister. It is unlikely that anything will seriously change compared to his policy – for example, the current Minister of Foreign Affairs Liz Truss, who treats Russia in much the same way as Johnson, becomes the head of government instead of Johnson … Another thing is that Boris Johnson is a more charismatic politician, but here the role of personal choice is not the main thing. The main thing is the foreign policy course chosen by the conservatives, which they will continue to follow.