The Russian Army celebrates the Day of Military Air Defense on December 26. This branch of the military is responsible for covering motorized riflemen and tankers from air strikes. Its chief, Lieutenant-General Alexander Leonov, spoke about how the military air defense will develop. 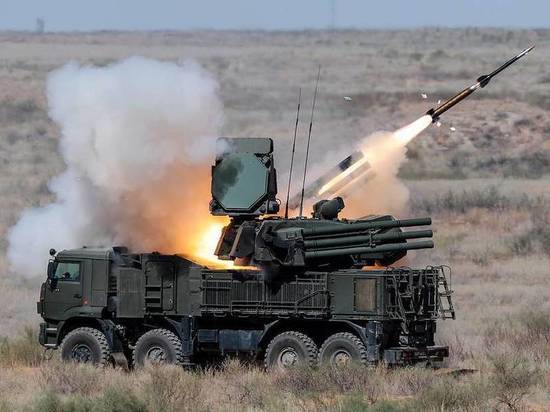 According to the general, one of the main tasks of his subordinates is the fight against unmanned aerial vehicles. Drones have become dangerous weapons. Their massive use can cause great harm to the troops. This was shown, for example, by the Karabakh war of 2020.

As Alexander Leonov said in an interview with Krasnaya Zvezda, the training of calculations uses, in particular, the Syrian experience.

New anti-aircraft systems are being developed: the 57-mm anti-aircraft artillery system “Derivation-Air Defense”. The use of a special projectile with programmable detonation in the target area, the general said, will allow one or two short bursts of microdrones and mini-drones, including Phantom-4 quadcopters, to be hit.

A modification of the anti-aircraft missile and cannon system is also being developed “Pantsir-SM-SV” on a tracked chassis for the Ground Forces and Airborne Forces.

The complex will have two types of anti-aircraft guided missiles and have an increased engagement zone, Leonov said.

At the forefront anti-aircraft missile system “Birdies” will be used. For it, missiles of two types are being created: a homing target by thermal radiation and a target by a laser beam.

Designers are also creating a portable anti-aircraft missile system of a new generation. The conditional name is “Label”. The rocket will be equipped with an optical-electronic homing head, which has no analogues in the world. It will provide an accurate hit in the conditions of exposure to all types of existing and future optical interference.