In addition to the patriarch, they are asking for sanctions against the head of the department for external church relations, Metropolitan Hilarion of Volokolamsk, and his deputy, Archpriest Nikolai Balashov. They provide for the blocking of assets 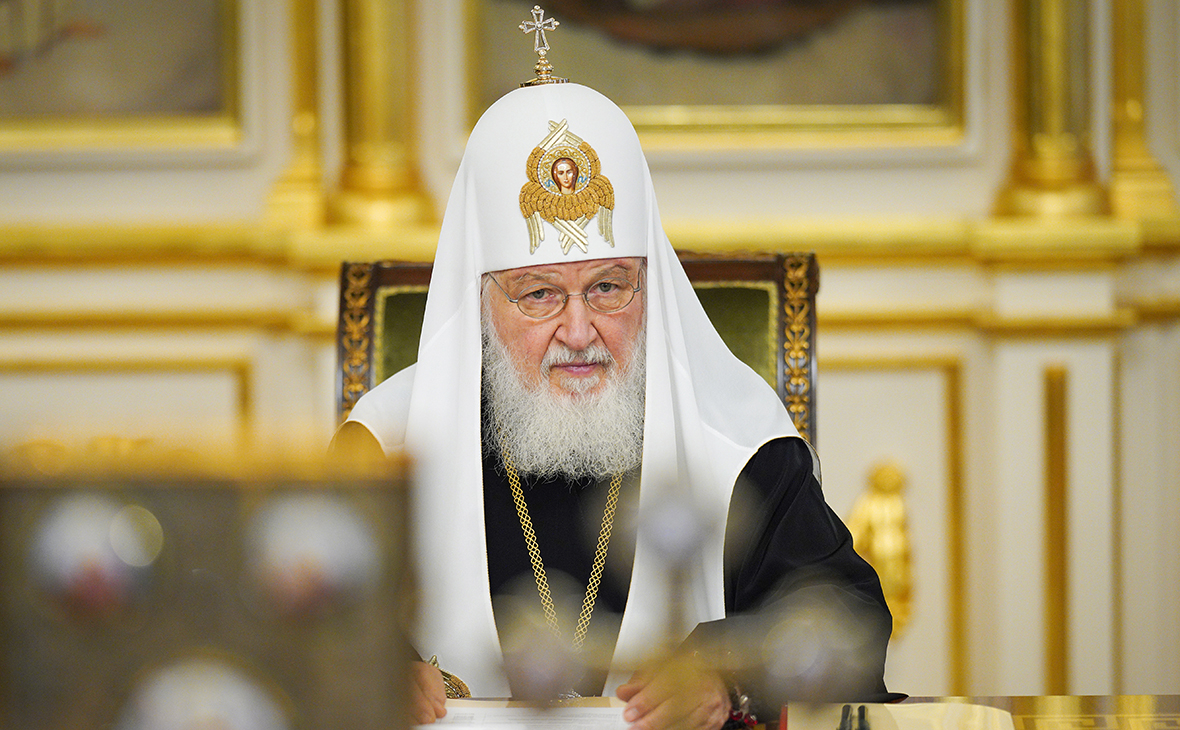 Deputies of the Verkhovna Rada of Ukraine voted for an appeal to the National Security and Defense Council (NSDC) demanding personal sanctions against Patriarch Kirill of Moscow and All Russia, Ukrainian MP Yaroslav Zheleznyak said in Telegram.

In total, restrictions are asked to be introduced against eight figures of the Russian Orthodox Church, who “systemically and actively” support the operation in Ukraine.

They included the chairman of the department for external church relations, Metropolitan Hilarion of Volokolamsk, his deputy, Archpriest Nikolai Balashov, Metropolitan Tikhon (Shevkunov) of Pskov and Porkhov, and others.

As explained by Rada deputy Alexei Goncharenko on the Telegram channel, sanctions are asked to be introduced for ten years, now the NSDC itself should consider the application for imposing restrictions.

The draft resolution was submitted to the Ukrainian parliament at the end of April. We are talking about blocking the assets of church leaders in Ukraine, limiting any trade transactions with them, issuing cash using payment cards, stopping cultural exchanges and scientific cooperation with their participation, refusing to provide visas, canceling official visits, depriving them of state awards and a ban on acquiring property land plots.

At the end of March, a draft was submitted to the Verkhovna Rada to ban the activities of the ROC and its affiliated structures on the territory of Ukraine. If the law is approved, the property of the Church in the country will be nationalized. The adoption of such a document will provoke a new round of civil confrontation and lead to an aggravation of the social crisis, said Vladimir Legoyda, head of the synodal department of the Moscow Patriarchate for relations between the church, society and the media.

Read on RBC Pro Pro An employee moved abroad: 4 options for how to apply for a job Instructions Pro How we opened a legal entity in Hungary – the experience of the Flowwow marketplace Cases Pro Do not open a business with friends. Why this judgment can be wrong How large companies are now hiring IT professionals Instructions Pro How to restore peace and confidence in the future for yourself and your employees – 5 steps Instructions

The Ukrainian Orthodox Church (UOC) is part of the Moscow Patriarchate of the Russian Orthodox Church. According to data from 2017, the UOC had at its disposal about 11 thousand religious buildings and more than 12 thousand parishes in the country. It manages three laurels: Kiev-Pechersk, Assumption Pochaev and Assumption Svyatogorsk.

On May 27, the Council of the UOC declared its “complete independence and independence.” In addition, his statement stated that “during the period of martial law, when communications between the dioceses and the church's leading center are complicated or absent,” diocesan bishops receive the right to make some decisions independently. At the same time, the chairman of the Synodal Information and Education Department of the UOC, Metropolitan Kliment, explained to RBC that the Ukrainian church did not break off relations with the Russian Orthodox Church by this decision, but confirmed its independent status. Metropolitan Hilarion of Volokolamsk also stated that the UOC once again testified that it is completely self-governing, that its church center is located not in Moscow, but in Kyiv.