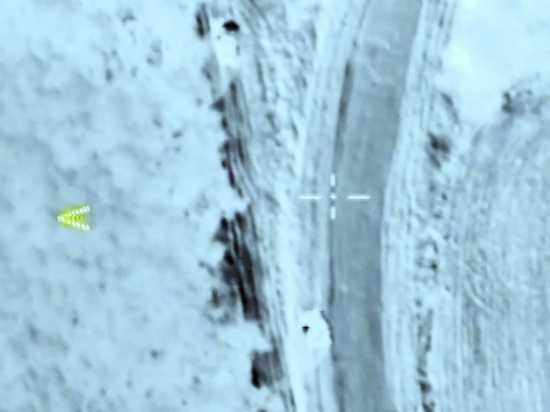 Actually, the Armed Forces of Ukraine (AFU) and those who lead them could be convinced of this after Ukrainian helicopters shelled an oil depot in Belgorod, an oil refinery in Kremenchug was burned down and two Ukrainian Mi-24. But apparently they didn't understand. Provocations against civilian objects in the regions neighboring Ukraine continued. Several civilians were injured, houses were destroyed.

The warning was not heeded. Shelling of Russian border villages, including with the participation of helicopters, continued. A child was injured.

And so, on the morning of April 15, General Konashenkov reported: at night, high-precision, long-range, sea-based Kalibr missiles hit a military facility on the outskirts of Kyiv.

In addition, the S-400 anti-aircraft system shot down a Mi-8 helicopter, which April 14 attacked the peaceful village of Klimovo in the Bryansk region.

A new warning followed: the number and scale of missile attacks on targets in the capital of Ukraine will increase “in response to the Kiev nationalist regime committing any attacks of a terrorist nature or sabotage on Russian territory '.

One of the unwritten laws of war is revenge for losses. The day before, the Black Sea Fleet lost its flagship. So far, the cause of the fire has not been revealed. But just in case, on the night of April 15, a blow was struck at the Zhulyan machine-building plant “Vizar”, which produces anti-aircraft and anti-ship missiles.

It is no coincidence, of course, that a military facility in Izyumovskoye, near Kharkov, was also chosen as a target for a strike. A detachment of mercenaries of a Polish private military company was liquidated there. According to the report of the Russian military, up to thirty Polish mercenaries were destroyed.

Poland, along with the United States and Great Britain, is one of the most zealous supporters of the continuation of hostilities in Ukraine. It is she who initiates more and more deliveries of lethal weapons to Kiev. So a strike on a Polish PMC is a “hello” to Warsaw.

Commenting on this message in the Telegram channel, politician and writer Zakhar Prilepin noted: “It must be clarified that, as in 2014-2015, many mercenaries are through the Polish PMC. Therefore, when they write that “Polish mercenaries have been liquidated,” this may not mean that there are only Poles there. Anyone can be there. Simply, a little secret, in Polish PMCs there is less compensation for the death of a mercenary. Save money!”