The Supreme Court of Ukraine summoned President Zelensky at the suit of ex-President Poroshenko The ex-president filed a lawsuit against Zelensky in the summer, demanding to fully release the recordings of conversations that Medvedchuk allegedly had with Russia and Donbass. Poroshenko was also mentioned in the records. Zelensky called them treason 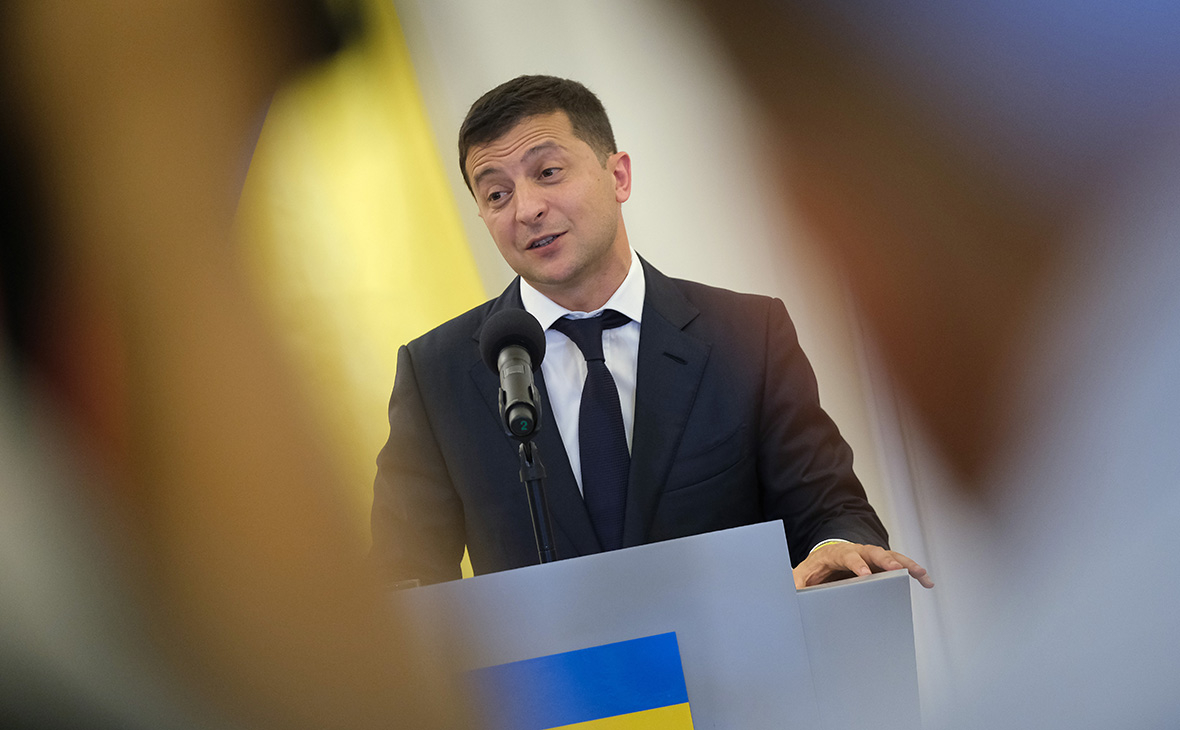 The Supreme Court of Ukraine has summoned the country's President Volodymyr Zelenskyy to a meeting on the claim against him from the former head of state Petro Poroshenko. This is stated in the subpoena of the court, which through the website of the Poroshenko party “ European Solidarity '' was spread by the ex-president's lawyer Igor Golovan.

Poroshenko's lawyers filed a lawsuit against Zelensky, demanding to publish in their original form all the records of alleged telephone conversations of the head of the political council of the Opposition Platform party. For life '' Viktor Medvedchuk with representatives of Russia and the self-proclaimed Donetsk and Lugansk People's Republics (DPR and LPR). On October 27, the Grand Chamber of the Supreme Court obliged to consider Poroshenko's claim against Zelensky regarding the Bigus' notes.

“ The Supreme Court summons you to participate in the court hearing on the administrative case of Petro Alekseevich Poroshenko against Vladimir Aleksandrovich Zelensky on the recognition of unlawful inactivity '', & mdash; stated in the text of the agenda. The court hearing is scheduled for February 28, 2022.

Earlier, the Ukrainian portal Bihus.Info published the alleged telephone conversations between Medvedchuk and representatives of Russia, as well as the DPR and LPR. They show a man with a voice similar to that of Medvedchuk, allegedly negotiating with representatives of Russia on the supply of electricity to Ukraine, so that Kiev, in turn, supplies electricity to Crimea. The authors of the material also argued that during telephone conversations that allegedly took place in 2014 and 2015, Medvedchuk discussed coal supplies to Ukraine from the self-proclaimed Donetsk and Luhansk People's Republics with the then Deputy Prime Minister of Russia Dmitry Kozak. According to Bihus.Info, he offered to supply food to the territories not controlled by Kiev in exchange for coal. As stated in the material of the portal, money for coal was transferred to representatives of the DPR and LPR by the Security Service of Ukraine, and Medvedchuk controlled their transfer.

The investigation also said that Medvedchuk allegedly discussed this issue with then-Russian presidential aide Vladislav Surkov and then Russian Energy Minister Alexander Novak (now Deputy Prime Minister). The recordings contain conversations of persons with voices similar to those of Medvedchuk, Surkov, Kozak and Novak, however, the materials do not contain full-fledged recordings of conversations, but only cut parts are given, followed by explanations from the authors.

Medvedchuk himself stated that the information from Bihus.Info was falsified: “ What is happening today, '' pure provocation, making a so-called fake factory of who said what, who communicated with whom and who did what. '' Poroshenko's party said that Bihus.Info was “ ordered '' and is replete with 'logical inconsistencies, assumptions and outright lies'. They reported that when almost all Ukrainian anthracite mines ended up in territory not controlled by Kiev, Ukraine was looking for other sources of coal supplies, and Poroshenko “ personally negotiated coal during his visit to Australia in December 2014 and agreed with [45 US President Donald] Trump on the Pennsylvania coal contract.

Zelensky in an interview with 1 + 1 TV channel called the published records treason. He expressed the opinion that Medvedchuk, together with Poroshenko, crossed the “ bloody lines '', and the provision of powers to Medvedchuk by the previous president of Ukraine in negotiations between Ukraine and Russia suggests that “ no one was interested in ending the war, that is, people were making money. '' .

Poroshenko filed a lawsuit against Zelensky in July. He demanded that the recordings of telephone conversations, which Medvedchuk allegedly conducted with Russian officials and representatives of the territories not controlled by Kiev, be made public in full. The ex-president's lawyers said that the recordings were edited in such a way as to discredit Poroshenko. “ All records are of significant public interest and should therefore be released to the public. Therefore, we filed a lawsuit on behalf of Petro Poroshenko against President Zelensky & lt; … & gt; with the requirement to recognize unlawful concealment of “ wiretaps '' from society; and oblige to publish all records in their original form & raquo;, & mdash; Golovan said.

On December 20, the State Bureau of Investigation (SBI) of Ukraine reported that Poroshenko was suspected of treason and assistance to terrorist organizations in the case of the supply of Donbass coal in 2014-2015.

Subscribe to FB RBC Receive news faster than anyone